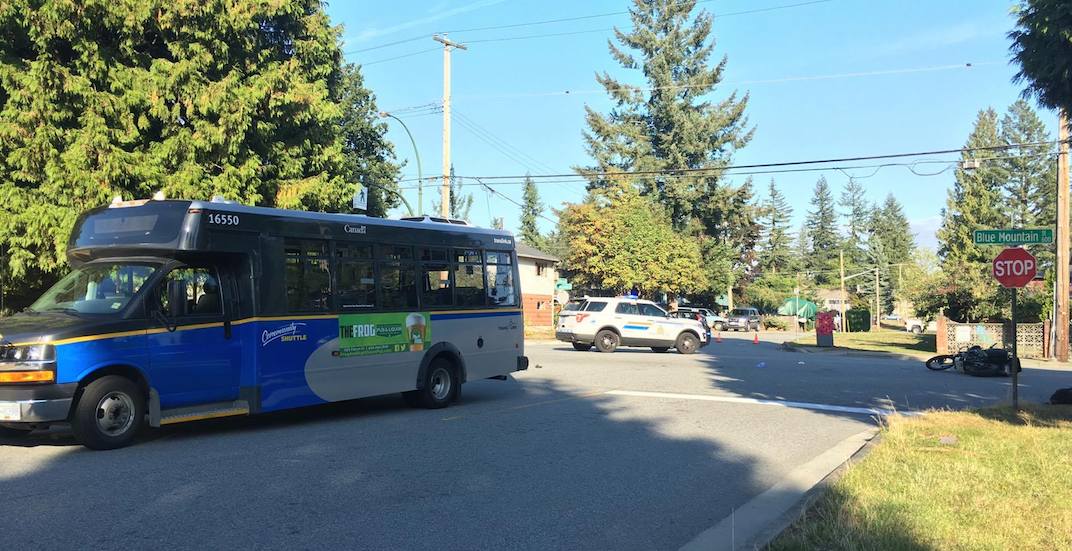 Scene of the collision at the intersection of Blue Mountain Street and Cottonwood Avenue in Coquitlam on September 23, 2017. (submitted)

RCMP are investigating a crash that occurred in a Coquitlam residential neighbourhood earlier this afternoon.

A community shuttle mini-bus operated by TransLink and a motorcycle were involved in a collision at the intersection of Blue Mountain Street and Cottonwood Avenue.

It is unclear if anyone was injured.

The span of Blue Mountain Street between Smith Avenue and Foster Avenue is closed until further notice as police are investigating the cause and circumstances behind the incident.

Daily Hive has reached out to Coquitlam RCMP for further comment.