Looking for a bowl of yummy ramen on a rainy wintry day? Try Motomachi Shokudo on Denman. Get there early thought because there could be lineups, and with waiting for the doors to open. Oh, and they are closed on Wednesdays. 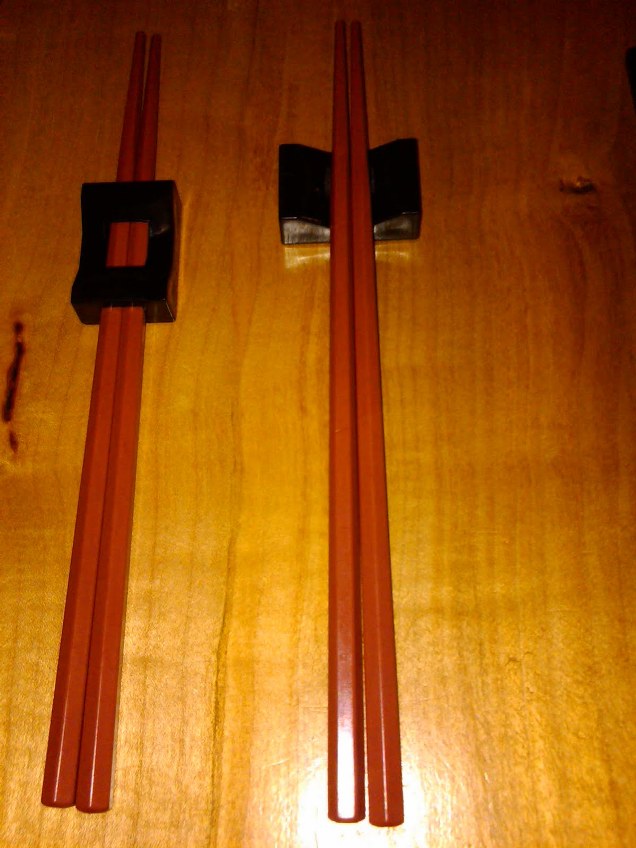 On my visit, we arrived at 11:50, and there was a lineup. I took a photo of the chopsticks because they were held together by something that looked like a belt, but served as a napkin ring and a chopstick rest, classic Japanese creativity.

We had the Extra BBQ Pork Ramen in a Shoyu broth (first image). “Extra” because in addition to the usual pork shoulder butt, they add BBQ Ribs. I’m glad I tried got this, because the shoulder butt was really fatty, and sort of turned me off. However, the amazingly tender ribs really transformed the bowl of ramen. It was loaded with the usual half egg, bean sprouts, green onions and to my delight, four large pieces of nori!

We also tried the Bamboo Charcoal Dark Miso Ramen. The charcoal made the broth black but other than the colour, it was nothing really spectacular (some health benefits though). I found both broths saltier than normal but it could be a one-off thing. If it happens to you, order a mug of hot water and add it to the bowl to make it to your liking, I’ve seen people do this at Benkei. 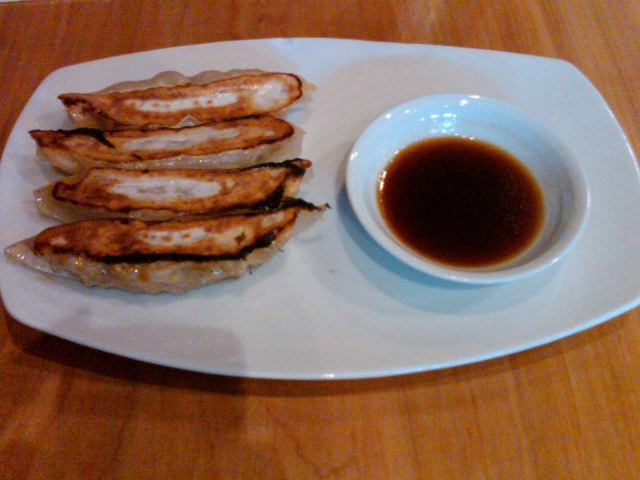 We also got the gyoza, which were quite large, but only four instead of the usual six. The gyozas are fried together, so that when served, all four are stuck together, and it was hard to peel apart without breaking the skin, not a big deal, but I prefer it when they aren’t. Is this the way the Japanese do it?