With summer almost upon us, Vancouverites often start making plans to take advantage of the many outdoor activities the lower mainland has to offer, or begin considering gym memberships and fitness programs. Working long hours in an office environment however, can often squash those burgeoning fitness ideals. For this reason and his love of fitness, Enrique Tejero started a 90-day fitness challenge at the Vancouver-based Gener8 called Motiv8.

There has been a lot of talk of how “sitting” is the new “smoking”. Today in Canada, the typical adult spends on average of 9.5 hours per day or approximately 69 percent of their waking hours in sedentary activities with very little physical movement according to Stats Can. This is especially true in the business environment. And all this inactivity has lead to an increase in the risk for high blood pressure, diabetes and even heart attacks. 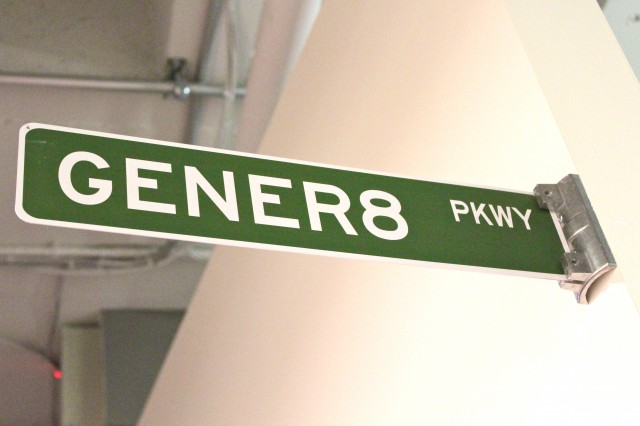 To combat that trend, Tejero challenged his fellow workers and upper management to get off their seats and into regular fitness – even if that means at work. Rory Ames, CEO, and other top executives have endorsed and even joined the challenge themselves.

The program calls for each participant to set his or her own “personal” goals for fitness depending on their schedule and fitness level. When Tejero developed the 90-day challenge, he wanted to try and reach out to as many people as possible so he avoided making it an employee competition. Instead he opted for making it a “personal” challenge. Everyone was asked to set a personal goal and simply compete against themselves to achieve it. This approach has paid off.

For those that face a steeper climb in their personal fitness goals, Tejero included simple starting points that they could focus on, such as eliminating one candy bar or sweet from their daily diet. The program also set up cardio sessions, that take place at a nearby park, twice a week, that are open to all employees.

Tejero’s goal with the program has been to simply get his coworkers motivated and generally conscious about their fitness. Taking on the challenge of a gym membership or intensive weekly regiment can be a difficult place to start for many beginners, however this program aims to give them a solid foundation from which to expand and customize their own fitness plans and motivation to achieve their goals.