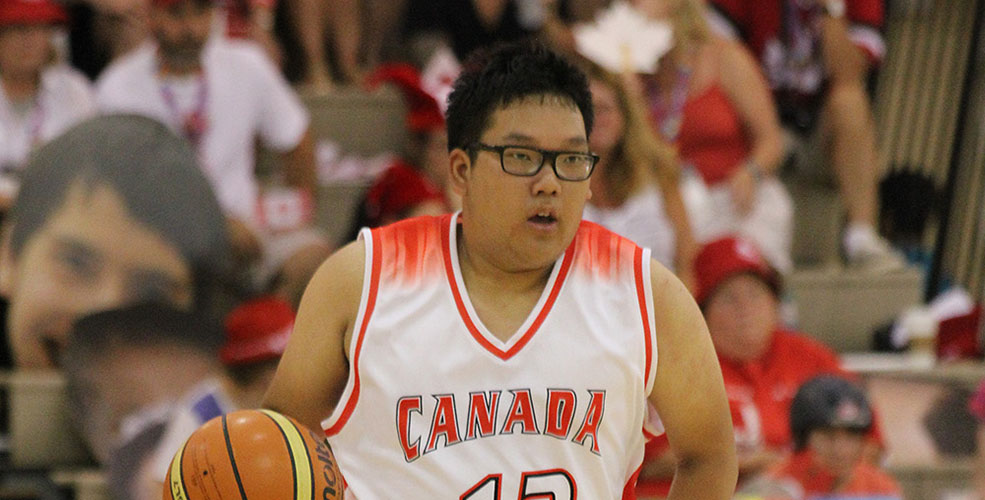 Vancouver athlete Alex Pang knows the struggles of Special Olympics athletes. He has mild autism, and stayed non-verbal for most of his youth.

But he never gives up.

Now, the 18-year-old participates in basketball and bocce, as well as figure skating, with Special Olympics BC – and won silver at the World Winter Games in the Republic of Korea.

Pang is just one of the Special Olympics athletes joining in the motionball Marathon of Sports Vancouver on June 4, hoping to help raise funds for other Special Olympic athletes in Canada.

Motionball Marathon of Sport Vancouver will see 300 young professionals team up with local Special Olympians in 21 teams, to compete in everything from basketball and soccer to flag football and ultimate.

“We launched motionball in order to get Canada’s young professionals engaged in the Special Olympics movement through integrated social and sporting events,” said co-founder Paul Etherington.

Now, motionball runs 18 events in 12 major cities across Canada every year and plans to donate a million dollars annually from now on.

While there are no team spots available at the 2016 motionball Marathon of Sport Vancouver, you can still donate to the cause on the motionball website: motionball.com