If you were confused after seeing Vancouver Police officers walking a duck in the Southeast False Creek area on Sunday afternoon, here’s an explanation that clears things up.

According to police, an attentive citizen spotted a mother duck and her nine ducklings on the ledge of the third floor patio at the police force’s Cambie Street headquarters.

Police quickly investigated what was happening and realized that the ducks were trying to leave the highly secure building.

“Officers determined that the eggs were likely laid in the area of the roof top vegetable garden and remained hidden under the watchful eye of their mother, until it was time for them to fly the coop,” said the VPD in a statement.

A trio of officers who had just finished their dayshift assisted wildlife rescuers by corralling and coaxing the ducklings into a cardboard box. The rescuers then took the ducklings to street level and successfully enticed the mother duck to fly down and follow the rescuer, police and the box containing her ducklings toward False Creek.

Police stopped traffic, cyclists and dogs before safely reuniting the mother duck and her ducklings at the water’s edge. 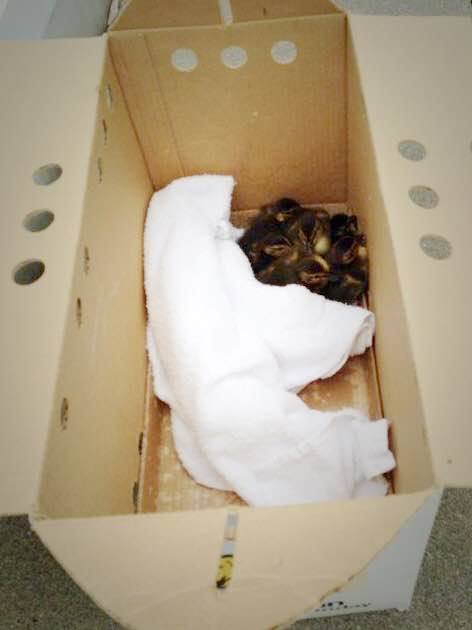 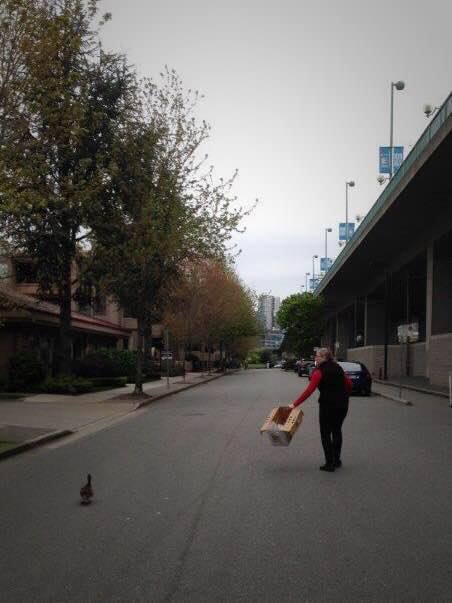 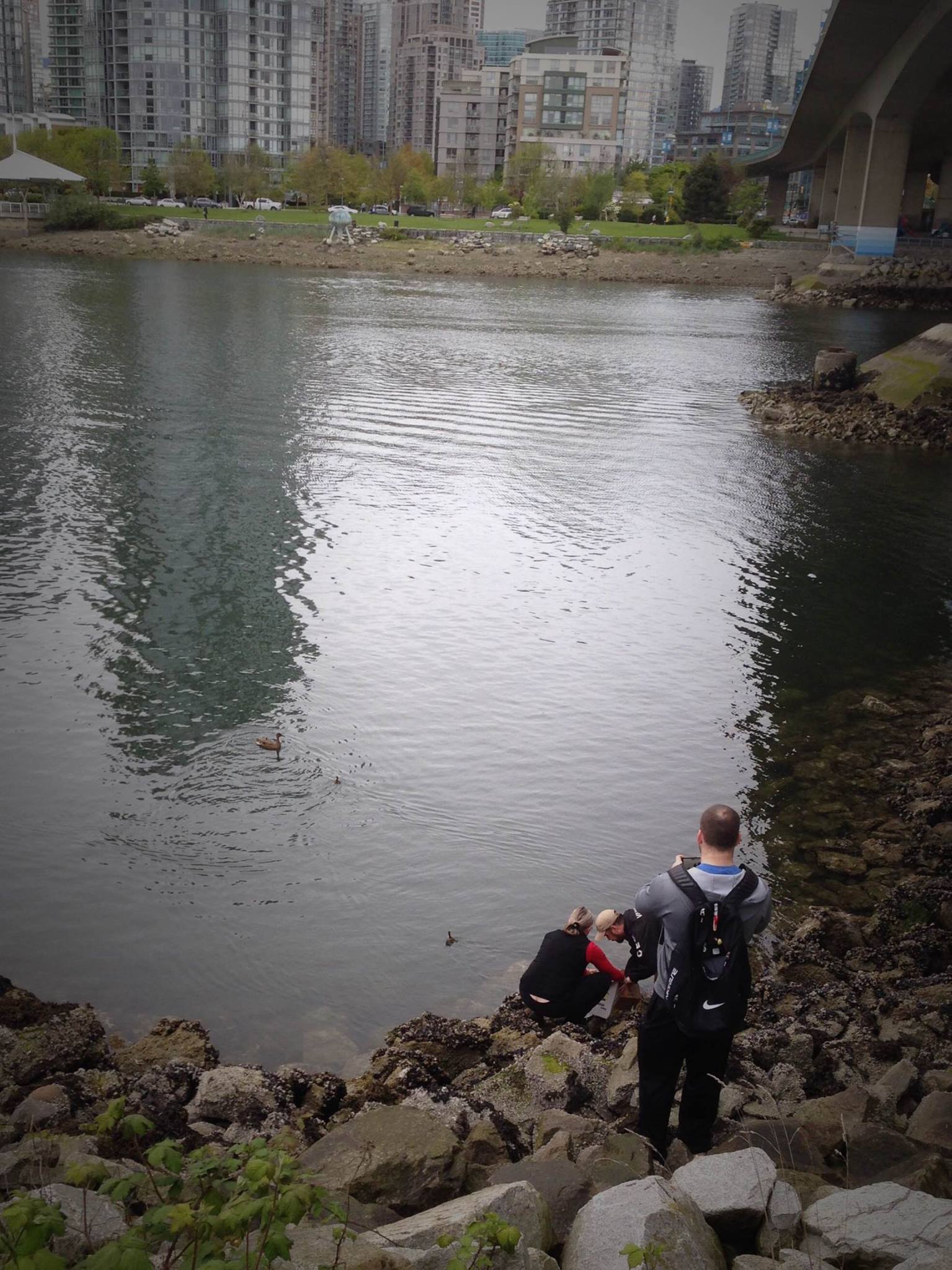