For all those who were binge watching season three of House of Cards this past weekend, you probably noticed the game that served as a minor plot point for Kevin Spacey’s Machiavellian character. So, what was the game that had Frank Underwood, President of the United States, so entranced? That would be none other than our app pick this week: Monument Valley.

Monument Valley is the indie game developed by ustwo where players guide a character called Ida – the silent princess with a love for geometry – through a world full of optical illusions and impossible objects. Players navigate Ida to reach the top of monuments by moving platforms and creating bridges, all while avoiding the enigmatic crow people. The idea is to interact with the environment while searching for the map’s exit to advance to the next level; the larger story is for the player to unveil as they discover Ida’s beautifully engineered world.

Monument Valley, Winner of the Apple Design Award 2014 (amongst many others), has a simple, minimalist 3D art style. The game’s designers name the aesthetic experience as the driving force behind the game that is truly a work of art itself. In a behind the scenes video, Lead Designer Ken Wong says that, “Every screenshot [of Monument Valley] could be printed out and put on a wall.” And it is this attention to detail that sets Monument Valley apart from the competition. 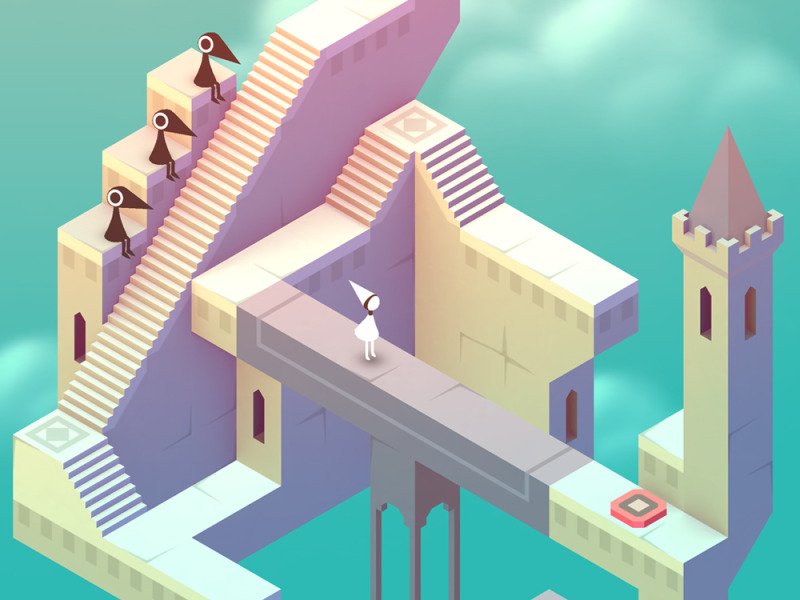 Forgotten Shores, the latest add-on expansion to the game, provides players with eight new chapters on top of the original 10. The addition sees the team’s designers playing more with water, architectural styles and geometrical illusions. The combination of graphic composition and interactive style behind Forgotten Shores, shows why Monument Valley is one of the best in its class.

While the game isn’t accredited with being overly challenging – most users could probably finish in a day – Monument Valley carries elements akin to a Haruki Murakami novel. There is simple yet, entrancing style that has an elegance unlike others in its category. While there is a small price tag ($4.59), the game is fun, addicting, and worth it. Once you start playing, it’s not difficult to see how President Underwood gained a particular fondness towards the little princess Ida and her mysterious world.