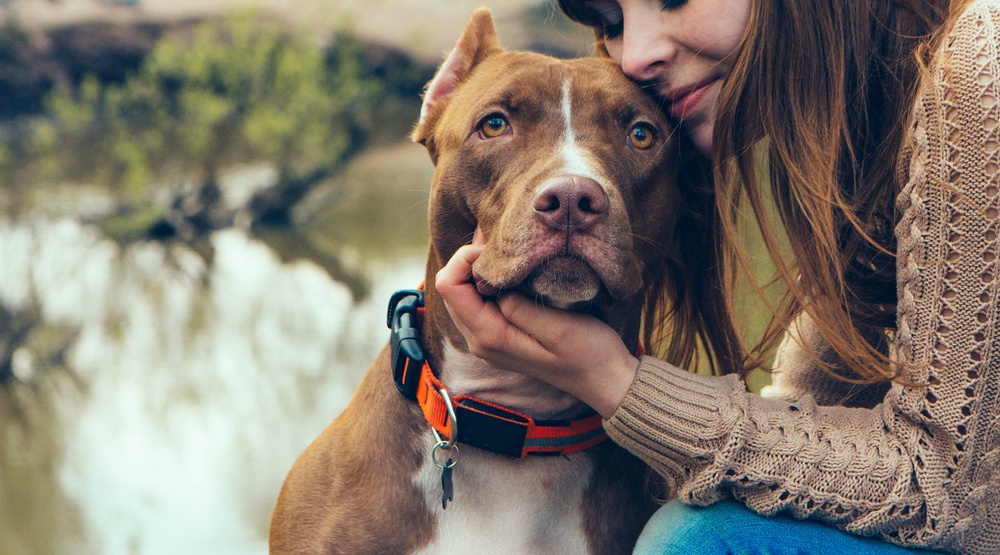 Despite the most dedicated of efforts by Montreal’s local SPCA and the outcry from animal lovers at home and around the world, yesterday pit bull owners found out that the Quebec Court of Appeal had overturned the Superior Court’s suspension of the sections of the City of Montreal’s by-law targeting “pit bull type dogs”.

That means that the pit bull ban is back on and many of the provisions of the bylaw that target pit bull-type dogs go into immediate force; including not being able to adopt these dogs in Montreal, not being able to own one if not over 18, and requiring them to be on a short lease and muzzled when in public.

Owners of pit bull type dogs will have until the end of the month to register their companions. No dogs that we’re adopted after September 27 (when the initial bylaw came into effect) will be allowed to remain in the city. A temporary suspension was granted in early October when the SPCA challenged the bylaw – much to the delight of animal lovers around the world who have been following this story very closely – but the pendulum seems to have swung in Mayor Denis Coderre’s favour at the moment.

After all this effort has taken place and tax dollars have been squandered in this back-and-forth fight between pit bull fans who feel this ban is outrageously unfair and based on fear and misinformation and a city administration and citizens who feel their safety is at risk, what now?

The Montreal SPCA issued a press release after the Quebec Court of Appeal overturned the Superior Court’s suspension stating it was “disappointed” and that it intends to continue fighting the “discriminatory and punitive provisions of the City of Montreal’s bylaw targeting pit bull-type dogs and to promote “evidence-based solutions that actually reduce the risk and severity of dog bites.”

For his part, Mayor Coderre issued this statement. “This is an important victory that proves the validity of the regulations put in place by our administration and the need to regulate the possession of dogs that can pose a danger.”

In a small bit of good news, the City of Montreal has agreed not to apply certain provisions of the bylaw which were deemed most likely to cause “irreparable harm” until a Superior Court hearing to take place sometime in early 2017. These provisions include: not euthanizing any pit bull-type dogs unless they are found to be dangerous or show visible signs of being overly aggressive and dangerous, shelters will be able to return lost dogs to their owners, and all dogs will continue to be available for adoption to families residing outside of Montreal.

Alanna Devine, the Montreal SPCA’s Director of Animal Advocacy issued the following statement: “Though the fight is not over, we are extremely disappointed by today’s decision and particularly preoccupied by not being able to continue finding adoptive homes in Montreal for all of our healthy and behaviourally-sound dogs, regardless of their physical appearance. The Montreal SPCA has, at the core of its mission, the protection of all animals, regardless of species or breed. Not being able to find homes for healthy, adoptable, and behaviourally-sound dogs and puppies goes against the very essence of what our organization stands for and we will therefore be communicating shortly with our municipal partners to review our existing animal services contracts.”

The SPCA has existing animal control contracts with 12 Montreal boroughs and it remains to be seen how this decision will now affect them.

Since the beginning of the city-enforced ban, the SPCA has insisted that this was never the solution to dog bites. The need for vigilance, more education, and stricter regulation of animal breeding has always been stressed during every interview with media, and SPCA representatives have always referred to expert opinions and countless peer-reviewed studies that indicate that there is no evidence pointing to any dog that looks a certain way being any more likely to bite than another dog.

In their press release, the Montreal SPCA expressed gratitude for the support, both local and international, and stated in very clear terms that it will continue the fight to protect innocent dogs in Montreal.

The anger is palpable among animal lovers and many have speculated how this ban will affect Mayor Coderre’s chances for re-election next year. Guillaume Lavoie (a candidate for the Projet Montreal party leadership) already stated that, if elected PM leader and Montreal Mayor, he would repeal the pit bull ban. There is no question that some Montrealers will be casting their votes with this ban in mind, but whether they will make a difference in the long run remains to be seen come election time.

For more information on breed-specific legislation and/or to help the SPCA financially continue its work fighting the ban and helping pit bull-type dogs in Montreal be adopted elsewhere, visit www.saferkindercommunities.com.