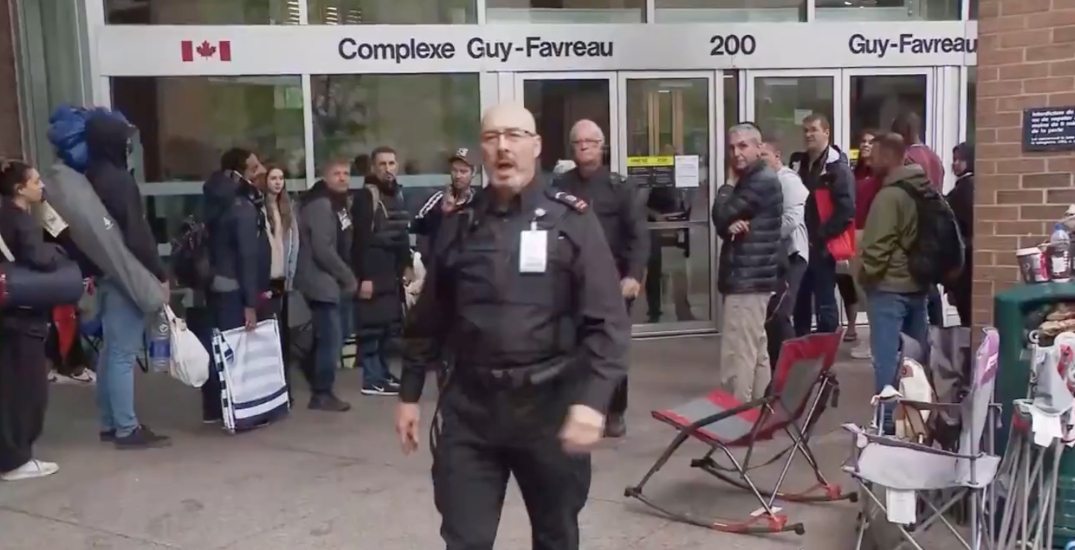 Local police have been called to downtown Montreal’s passport office to help with the large crowds waiting for appointments.

Groups of people have been gathering in line at the Guy Favreau Complex for weeks, some even camping out overnight in attempts to beat the morning rush.

According to Sonia LeBel, the minister responsible for Canadian relations, the situation in Quebec is “deplorable” and she called it “insane” to see people camping outside to get a passport.

In a phone call with Montreal’s Passport Canada office, an employee stated the police presence was to deal with “large gatherings of people waiting outside.” The employee did not give any additional information as to how many people were waiting, nor how long the average wait time was.

The frustrating delays are not unique to Montreal, however. Since travel has resumed, passport offices across Canada have had to deal with extremely high demand and constantly unenviable wait times.

On Wednesday afternoon, media reps from Quebec-based TVA were told by Montreal police they were “allowed to take photos” but had to move to the sidewalk. In the video, a member of the SPVM (Service de police de la Ville de Montréal) said since they were on federal territory, they had the authorization to remove media members from attempting to speak with travel hopefuls waiting in line.

Federal offices say they’ve seen a surge in demand for passports and travel documents since Canada’s COVID-19 travel measures were eased. Canadians have been sharing videos of arduous wait times on social media and the government has since added online wait times in an attempt to curb the frustration.

On Tuesday, the Conservative Party’s Melissa Lantsman called out Parliamentary Secretary Ya’ara Saks in the House of Commons asking where Canada’s passport surge has come from.

Lantsman says there have been 48,000 passports filed this week, citing the federal office used to do more than 90,000 before the pandemic.

“How many passports are in the queue?” asked Lantsman in a TikTok video. “Can she explain why she’s telling Canadians about a ‘magical surge’ that isn’t happening? And when can she give this House a straight answer so Canadians don’t have to line up at 3 am for a basic government service?”

On Tuesday, Prime Minister Justin Trudeau said the government is “accelerating the process” and “will always look at how we can do even more.”

Daily Hive has reached out to the SPVM for additional context about their presence and how long the force plans on having police on the grounds at the Guy Favreau Complex.