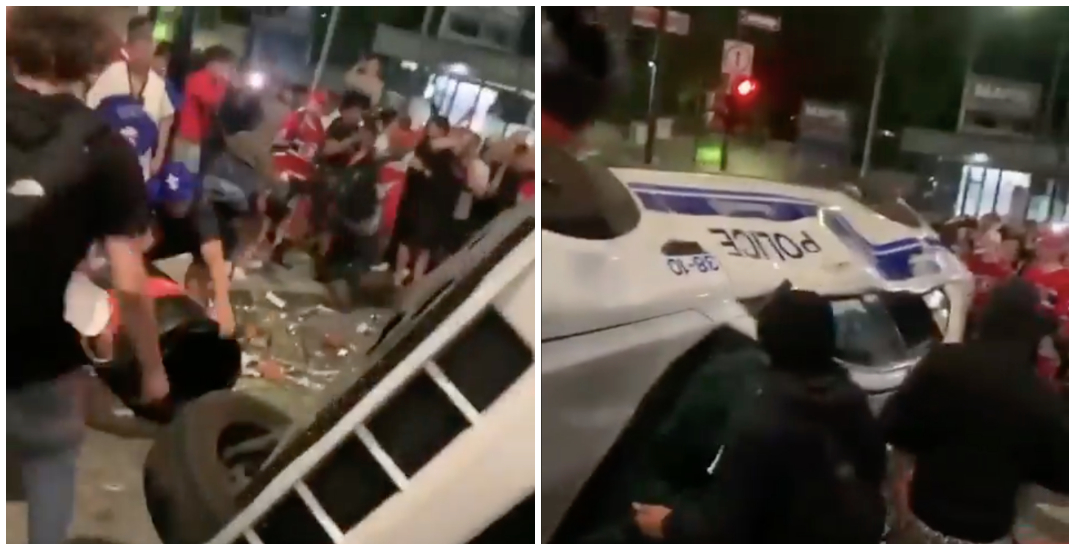 Some of the 60 infractions were related to violations against the city’s fireworks laws. Tear gas was dispersed into the crowd to keep rowdy fans at bay who were throwing objects.

After the game, Montreal police locked down fans at the Bell Centre, citing that outside was “too dangerous” for the 3,500 fans to exit.