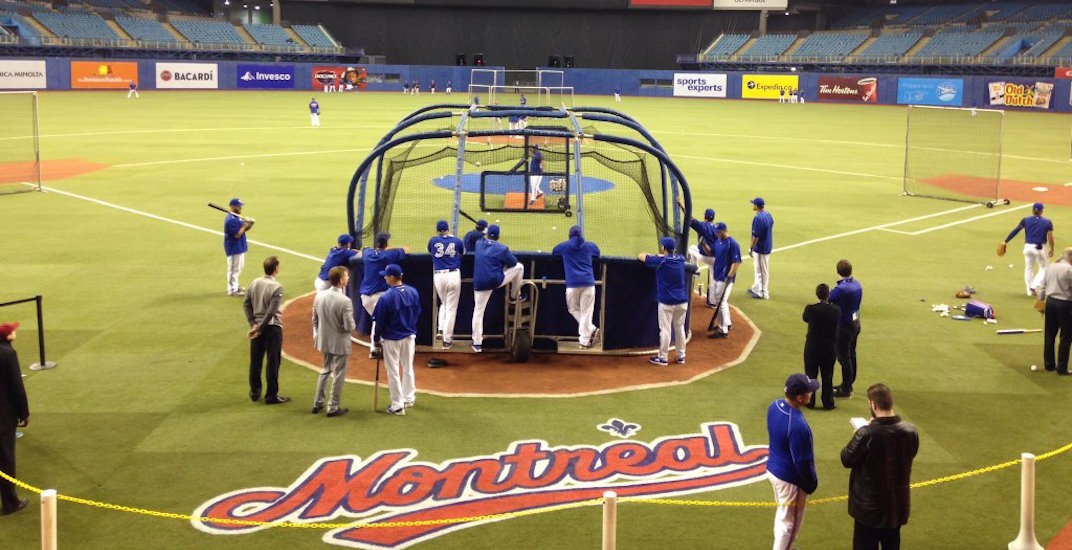 The last MLB regular season game played in Montreal was nearly 13 years ago, but Montreal officials were looking to change that this week.

With Houston dealing with the devastation and subsequent flooding from Hurricane Harvey, the Astros needed to temporarily relocate some of their home games.

Officials in Montreal reportedly offered to lend a hand.

Source: Montreal officials reached out to @MLB with offer to host #Astros this week before series moved to Tropicana Field. @MLBNetwork

The Astros eventually decided to move their series against the Texas Rangers to Tropicana Field in Tampa, the home of the Tampa Bay Rays.

While there are certainly worse places in the world to be than Florida, it was a bit of a curious choice. Baseball fans in Tampa Bay hardly support their own team, how were they going to react to a pair of Texas teams?

The answer was with poor attendance. Just 3,485 fans turned up to the Trop on Tuesday, with 6,123 watching on Wednesday.

Had they played at Olympic Stadium in Montreal? They might have sold it out.

There’s likely other factors at play of course. Everyone in Houston has been affected by the Hurricane in one shape or form. Astros players are no different.

Keeping the series in the United States was likely appealing, as was having it a little closer to Texas. Montreal is a 3.5-hour plane trip from Houston, while Tampa is just 2 hours away.

It’s no secret that Montreal wants Major League Baseball back. Rumours of an MLB return have persisted for years.

Montreal Mayor @deniscoderre didn't say he was the official who reached out to @MLB, but he didn't say it wasn't, either.

Getting a chance to prove themselves at a tough time like this may have helped the cause. The New Orleans Hornets temporarily moved to Oklahoma City in 2005 after Hurricane Katrina, which helped OKC get their own team in 2008.

The population and baseball culture in the city suggests it’s a no brainer to return, although a new stadium would need to be built first.

The Astros have announced they will return to Houston on Friday, as they begin a four-game series with the New York Mets.