Montauk Sofa is an open-concept space located at 228 Abbott Street and is home to one of Vancouver’s most luxurious home furnishing showrooms. With a high demand for housing and luxury decor in Vancouver, it is no surprise that Montauk Sofa’s own chef furniture designer Danny Chartier made an appearance during Vancouver’s Interior Design Show West this past September.

Montauk Sofa relocated from their original home in Yaletown to historic Gastown two years ago, now the space is flourishing and the streets are busier than ever. After several months of watching and observing Gastown’s traffic and clientele, Danny knew it was the right time for the brand to move into a large scale space. The Gastown building previously stood vacant for a nearly a decade.

“There is a soul in Gastown that really speaks to the brand.” Said Danny, as we sat in the showroom front. A spectacular space, by local architecture Mallen Gowling Berzins. 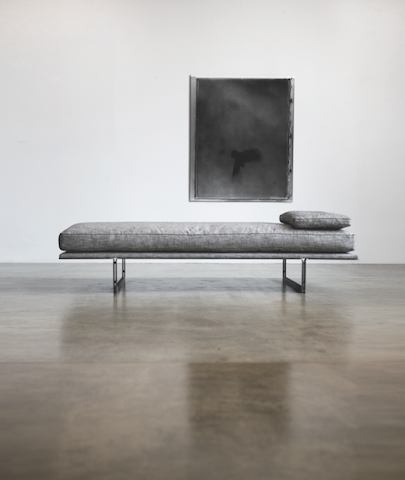 The building was built in 1889, three years after Vancouver was incorporated as a city, and was known as the Hickey Block named after Captain Patrick Hickey. Hickey Block housed one of the earliest Gastown hotels (Cosmopolitan Hotel Rooms) constructed in the Victorian Italiante style. 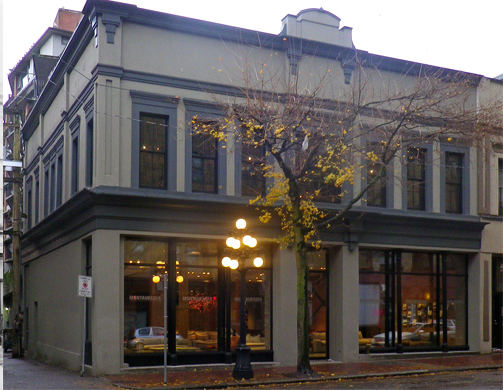 At one point in Gastown’s history, half of the space was a bar called the Alcazar Saloon, which went on to become a hotel and restaurant called the Acadia. Now, a century later, it has become home to Montauk Sofa’s beautifully handcrafted Italian leather sofas and chairs. 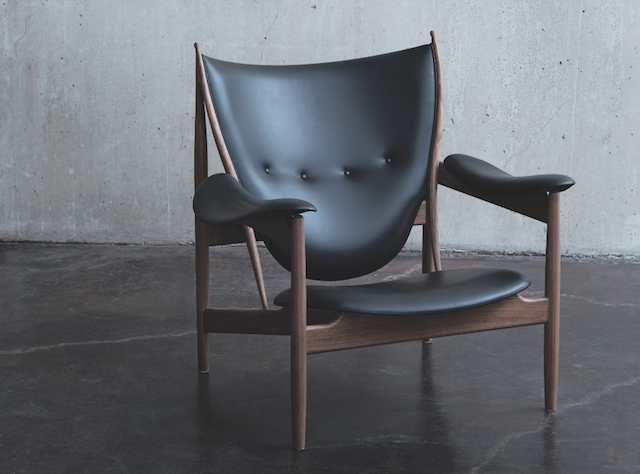 Montauk Sofa, nearly 20 years in the business, has been creating handcrafted sofas for some of the most beautiful homes across North America. Currently with an impressive six showrooms, located in Vancouver, Calgary, Toronto, Montreal, Chicago and New York. 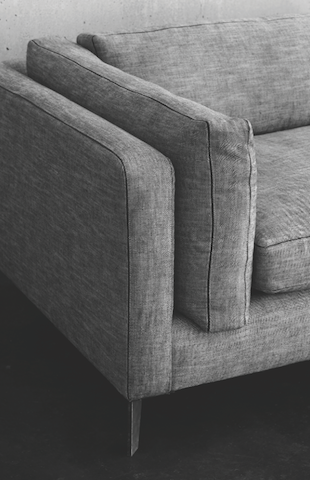 We are excited to see the much anticipated new fall arrivals of sofas, chairs and a completely new three-piece coffee table made of heavy steel, arriving just in time for the holidays. Or you could go for one of their existing Italian granite coffee tables, direct from the streets of Parma, Italy. These tables are stunning and just the right juxtaposition against the modern sofas and chairs.

Next time you are walking down Abbott Street, admiring the history, craftsmanship and early Vancouver architecture – stop into Montauk Sofa and explore the savoir-faire from Montreal, it might be a little hard to get up after though, as the sofas are extremely comfortable. I personally loved the felt sofa in the Big Ben style with wide arms, large enough to sit on. Danny provided a great additional idea of having custom made linen covers for the cushions during the summer months. Surely not a DIY project! 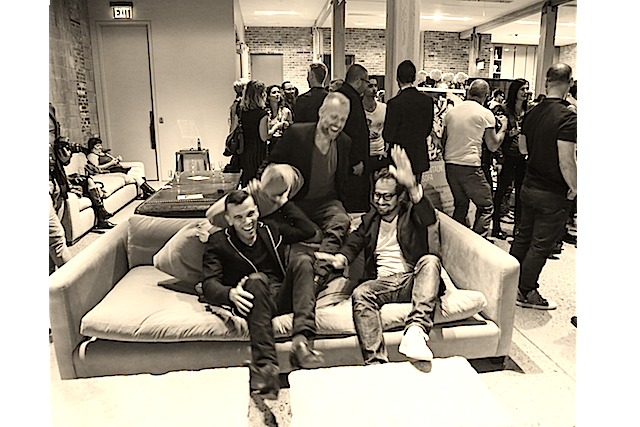 Here are a few shots form the recent Montauk Sofa “crazy little party,” one of the best parties of the year. Bubbles flowed all evening, alongside catered hors d’oeuvres with an intelligent, artistic and design conscience crowd. Visit Montauksofa.com for more design details. 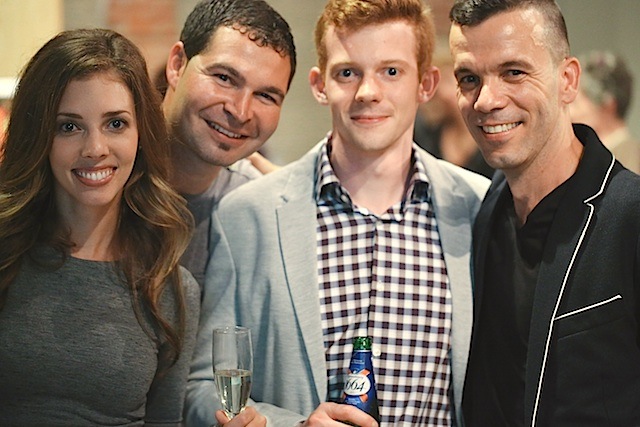 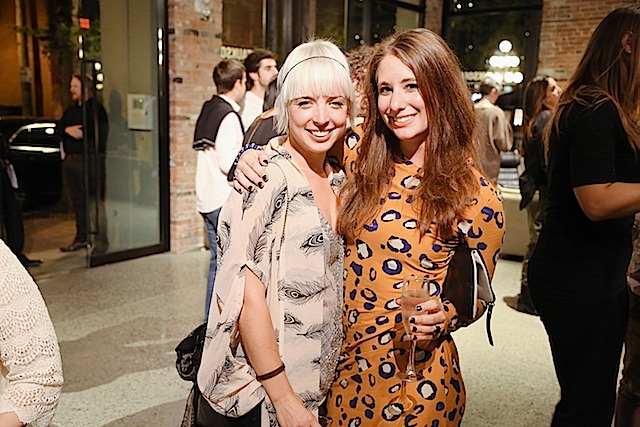 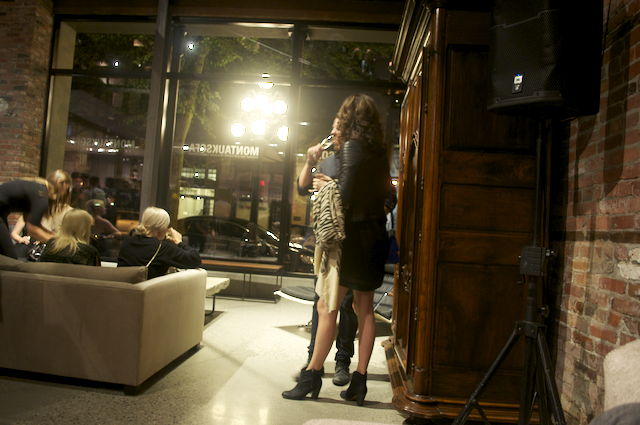 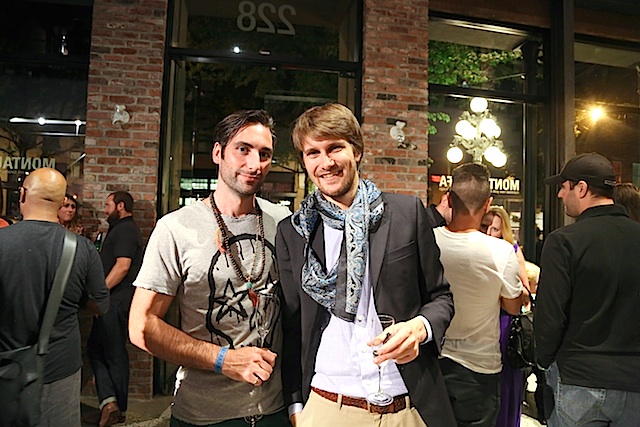