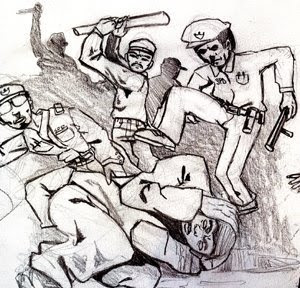 Yo yo yo it’s Money J Skeets back on this blizzle.

More shootings, more stabbings and more kidnappings. God damn, what’s up with Metro Vancouver? It’s evident the cops and courts have to step in and do something! Soon!

The cops seem to be trying too hard though. A friend of mine who is a minority recently got kicked out of a lounge by gangsquad, beat up, put in the drunk tank for five hours (and wasn’t even drunk), was freezing and not allowed to grab his coat. The dude doesn’t even deal drugs nor is associated with anyone. He’s a teller at a bank. Cops are getting frustrated with the current gang violence and using desperate measures. Stereotyping is one of them.

It’s difficult in the city of Vancouver to go out and have a decent time these days. Whether it’s the a-hole bouncers, expensive drinks, cocky crowd, or abusive cops, most would rather just chill at a friend’s house and drink. The Vancouver party scene is dying. Some argue it never really existed in the first place.

On a positive note, the Canucks seem to be shaping into legitimate Cup contenders. Once Luongo fixes those soft goals we are golden.