A mother and baby have been taken to hospital after being struck by a large truck in downtown Vancouver this afternoon.

The incident occurred at approximately 3 p.m. this afternoon on the north side of the intersection of West Georgia and Hornby streets. Witnesses say the truck hit the mother and a stroller containing a baby.

The mother and baby are in stable condition.

Police have closed Hornby Street from West Georgia to Dunsmuir streets to perform an investigation. 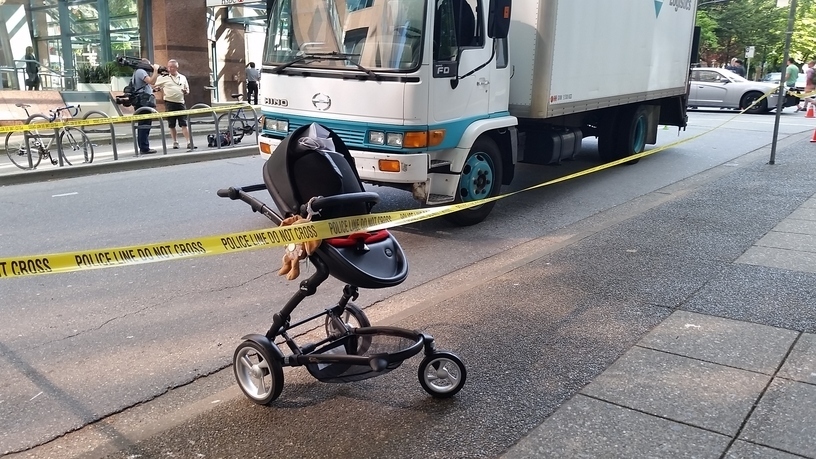 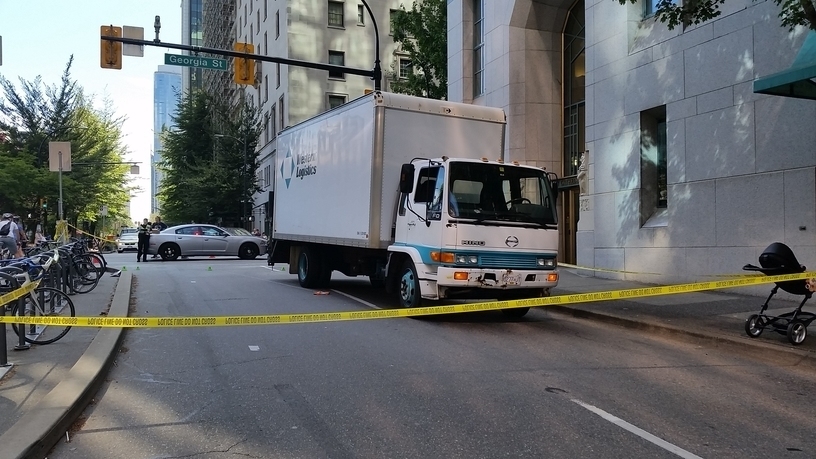 @bestpoutine The paramedics took the adult away. Cops just investigating now. This was the scene from 12 stories… pic.twitter.com/3fUNzDi5qr