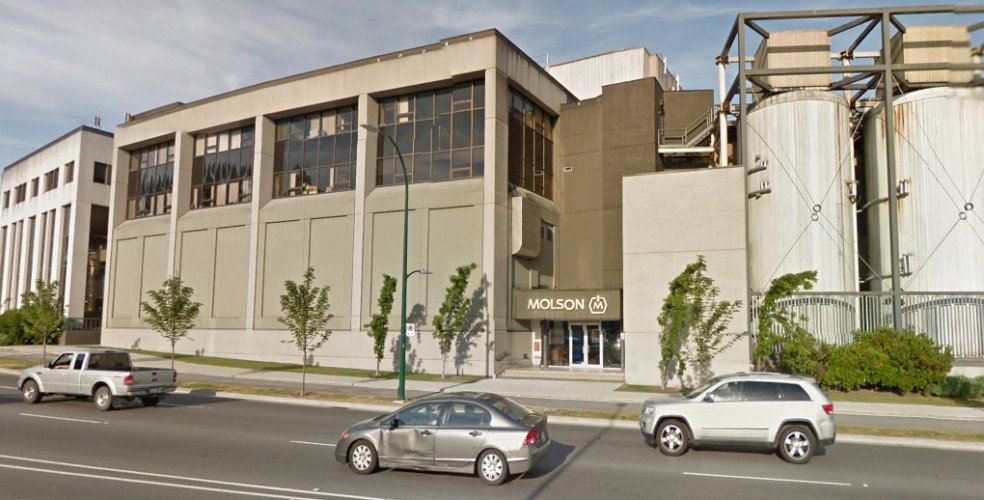 Following last year’s announcement that a decision had been made to shut down and sell the historic Burrard Street plant, Molson Coors Canada says it has finalized a deal to build a massive new technologically-advanced brewery in Chilliwack.

The company made the revelation yesterday that it had chosen a 36-acre site along Kerr Avenue, just next to the Trans-Canada Highway and within close proximity to the US-Canada border. The footprint of the new brewery site is almost five times larger than the 7.6-acre, 1953-built building at the northern tip of the Arbutus Corridor.

Earlier this year, local real estate developer Concord Pacific confirmed that it had acquired the Vancouver brewery site for $185 million with the intention of redeveloping it into a mixed-use development with residential and high-tech.

The big move out of Vancouver and into the Fraser Valley has been hailed by Chilliwack Mayor Sharon Gaetz as one of the largest private sector investments in the history of the municipality.

“The City of Chilliwack is delighted to extend a warm welcome to Molson Coors Canada and would like to thank the Chilliwack Economic Partners Corporation for its dedication and commitment in helping to facilitate this move to our community,” said Chilliwack Mayor Sharon Gaetz in a statement.

“The new Molson Coors Canada brewery will be one of the largest private sector projects to come to Chilliwack and will encourage further economic development and job opportunities in our community.”

The decision to close down the plant and relocate it to the Fraser Valley comes just seven years after Molson Coors allocated $32-million to a substantial facility upgrade that included new fermentation tank, a new bottling production line, and a new bottle washer.

Relocating the brewery outside of the busy city core, where trucks share the same limited road space with urban traffic, could potentially reduce transportation costs and increase efficiency.

The new brewery will be Molson Coors’ only brewery west of Toronto and fulfills the supply needs for the Western Canadian market and much of the United States.

Molson Coors plans to continue operating its Burrard Street brewery until the new facility is built and ready for production in late 2018 or early 2019.