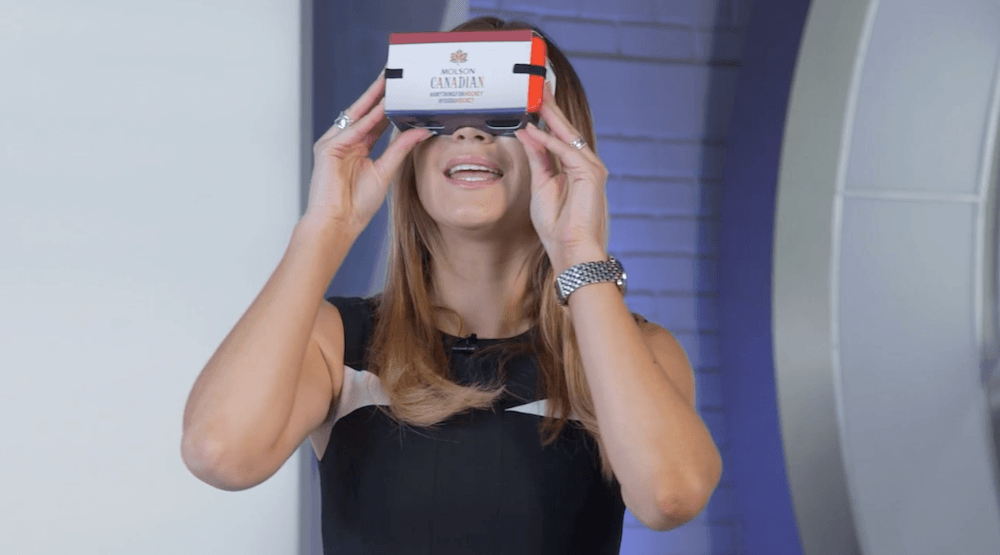 Can’t make it to the game? No problem.

Molson Canadian and Sportsnet have teamed up to bring hockey-loving Canadians their favourite games in 360 degree virtual reality.

For six consecutive Saturday Hockey Night in Canada broadcasts, fans can feel like they’re at the game from the comfort of their own couch. Three 360-degree cameras will record the game live, giving you the opportunity to experience the action like you’re sitting in the front row.

But it’s even better than being there – because you’ll get behind-the-scenes footage, on demand highlight videos, and the opportunity to use the bathroom without waiting in huge lines between periods.

How do you get access to this virtual reality experience?

First, download the Sportsnet app. Second, get yourself a Molson Canadian viewfinder.

You can find your viewfinder inside select cases of Molson Canadian across Canada. The viewfinder will hold your phone in place, allowing you to enjoy the front-row atmosphere of the game from your couch.

The first game you can watch in virtual reality is the Canucks versus the Calgary Flames on February 18.

So don’t miss out on your chance to watch the game in a whole new way. You can watch it in 360 degrees on your PC and mobile device, but let’s face it. It’s just not the same as VR.

You can download the app from the App Store or Google Play. On game days, watch them online.