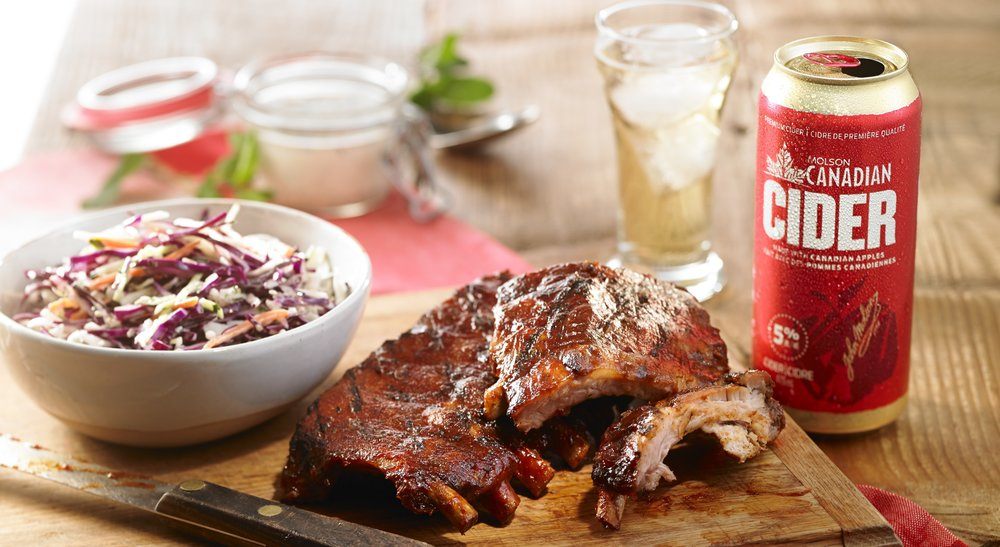 Summertime essentials include sunscreen, music, and a hot BBQ – but what’s the fun in that without a refreshing drink?

Whether you’re hanging with your friends or beaching during a sunny weekend, pairing a Molson Canadian Cider with a sizzling steak or spareribs is the perfect way to chill out.

You’ll want to pay close attention to this cider’s juicy flavour – it’s aromatic, tantalizing, and zesty. And if you’re feeling curious, try shaking it up with the Molson Canadian Stone-Fruit Cider – best served over ice to enhance its crisp, fresh taste. The fruity and acidic cider pairs well with smoked salmon, apple crumble, and camembert. Don’t be afraid to mix it up either – one half Molson Canadian and one part cider.

This is definitely a drink that fits right in when you’re dockside or hanging on a hammock at the cabin. Try Molson Canadian Cider in the city and it will always take your right back to that quiet, serene place. But when you’re ready to hit the BBQ, try out this spareribs recipe:

Enter for your chance to win a Molson Canadian Cider BBQ prize pack just in time for the BC Day long weekend (July 30 to August 1). Prize pack includes:

To enter for your chance to win a Molson Canadian Cider BBQ prize pack, do at least one of the following:

Must be 19+ to enter. Prize pack will be mailed out following the BC Day long weekend.

Contest entries will be accepted from date and time of publishing until 11:59 p.m. PST on Friday, July 25. One winner will be chosen at random and contacted through Twitter.