Moja Coffee is widely recognized on the North Shore as one of Vancouver’s oldest and most prominent coffee brands. But it remains for the most part unfamiliar in other parts of Metro Vancouver — at least for now.

Moja Coffee has for long been expected to open a location, and the anticipation is almost over. Its new Commercial Drive location is set to open mid-May.f

President of Moja Coffee Doug Finley says he picked the location on the Drive because he had a personal connection to the area, as it’s where Vancouver’s coffee scene first began to flourish.

Before many big coffee names had emerged, the Drive was where Vancouverites would pick up their cup of coffee at traditional Italian places such as Caffé Roma and Caffe Napoli.

Moja Coffee started out as a roasting company south of Capilano Mall in 2003, but relocated to Rupert Street in 2007 to expand into a café as well.

“The biggest thing that was holding us back was that people were saying ‘we’ve never heard of you guys, where can I sample your coffee?’ But we could never really do the samples for them because we were just roasting and distributing,” says Finley.

With their café in North Vancouver, Moja Coffee was able to showcase their own products, which quickly gained them followers. Finley said they had barely spent money on advertising, and word of mouth was what made them thrive in the neighbourhood.

“People love to find something others don’t know about,” said Finley. “It’s like when you walk into an antique store and find that picture that’s worth a ton of money, and you’re the only one who’s got it. It’s your place — and that’s what Moja became.” 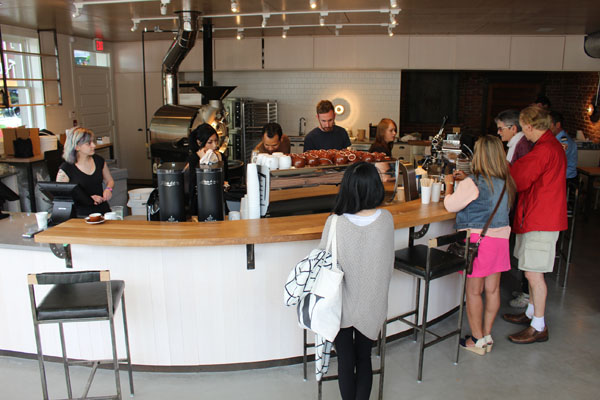 Along with their eight main coffee roasts, Finley says they will be adding a lab series to their new location. By sampling beans for colour, grade, size and moisture, Moja will be presenting a rotation of different beans from around the world on a daily basis.

Moja will be kicking it off with coffee from Burundi, something that isn’t usually seen around, but Finley would like to bring the variety to the table.

“What we tell customers is don’t get married to any of those coffees,” he says. “When they sell out on the day, they’re gone. Nothing is to be sold that is over a day old.”

Moja Coffee’s Commercial Drive location is slated to open Wednesday, May 20 or Thursday, May 21. Check their Twitter or website for updates.