Founded just under a year ago by Jason Puder, Modified Ghost is a local concert promotions company that showcases the most exciting metal, rock, punk, hardcore, and progressive music the world has to offer.

Born and raised in the greater Vancouver area, Puder developed a passion for all genres of music from a very early age. “Taking in live music shows, performing, and doing my part to help sustain a flourishing music scene is something I’ve always wanted to do,” he explained. Ever since he booked his first show under Modified Ghost in September of last year, Puder has continued to organically build up the company to where it is now with their first ever multi-day Modified Ghost Festival.

“I’ve always wanted to create a festival that showcased the diversity of heavy music,” he remarked. “The Vancouver music scene is really starting to develop it’s alternative identity once again; there are lots of people listening to rock, metal, punk, hardcore, and all kinds of other stuff!” He went on to say, “I think the growing fanbases that supports these styles of music and their performers deserve an annual festival in Western Canada; one that works hard to make something really special happen every year.”

Spread out across a few local venues including The Rickshaw, the Vogue Theatre, The Biltmore, and The Astoria, attendees can either purchase a four day festival pass or individual tickets for each show. 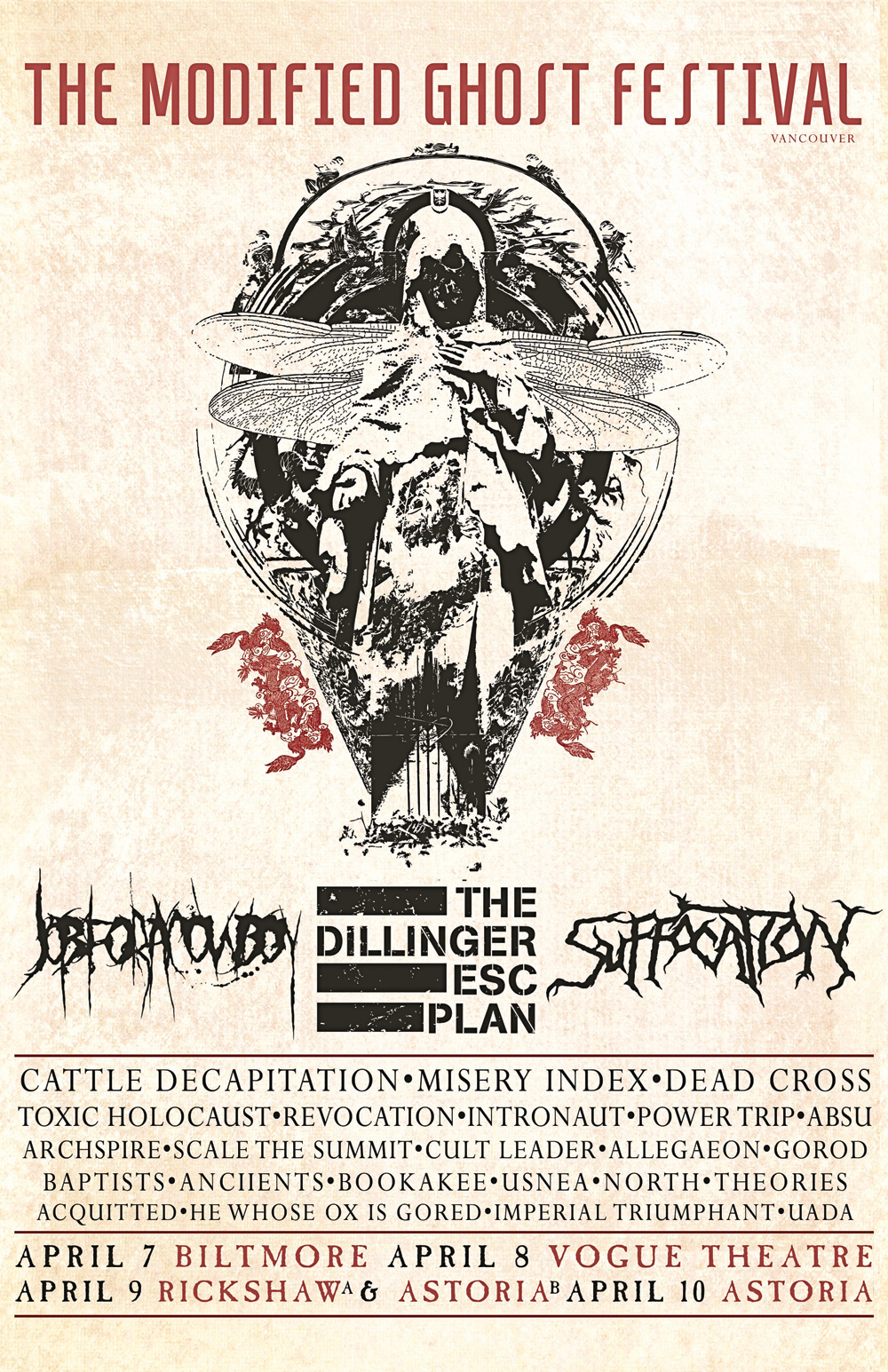