The clouds parted Tuesday afternoon just in time for Mobify (grey team) and HootSuite (blue team) to grab their brooms and head over to Jonathan Rogers Park for a friendly match of Quidditch.

A large crowd gathered on the sideline, patiently waiting to see who would take home bragging rights between the two tech companies. “3,2,1 brooms up” was heard and the mad dash for the Bludgers and Quaffle began. 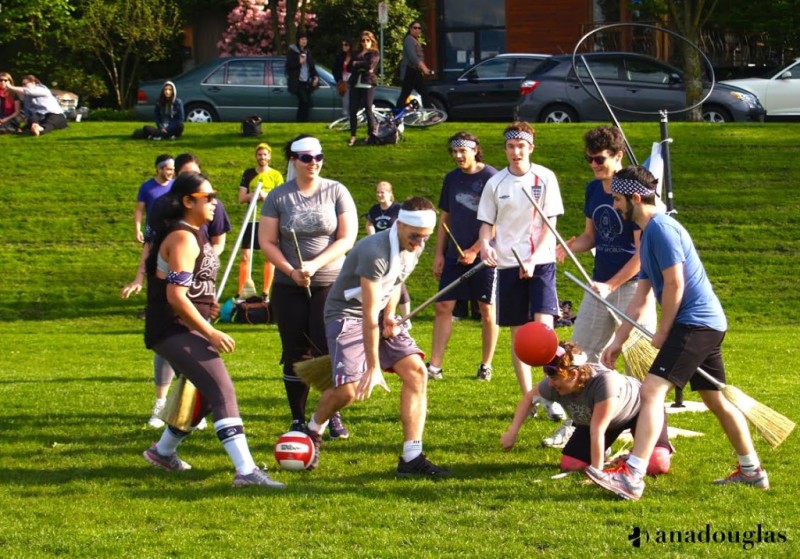 HootSuite got off to a quick start with their chasers scoring some quick points on Mobify. The Beaters were not making it easy; there were a few Bludgers to the face that sent glasses (and lenses!) flying. The Snitch was eventually caught by HootSuite’s Seeker and the game finished in their favour.

Game 2 started off the same, with HootSuite getting out to an early lead with some quick scores. But Mobify regrouped, getting their brooms solidly under them, valiantly finding a way to get back the solid HootSuite keeper. The points came in plenty and eventually Mobify caught the Snitch to win the game. With each team up one game they decided their efforts were better used at the bar and called it a draw.

More photos from the Mobify vs HootSuite Quidditch Battle 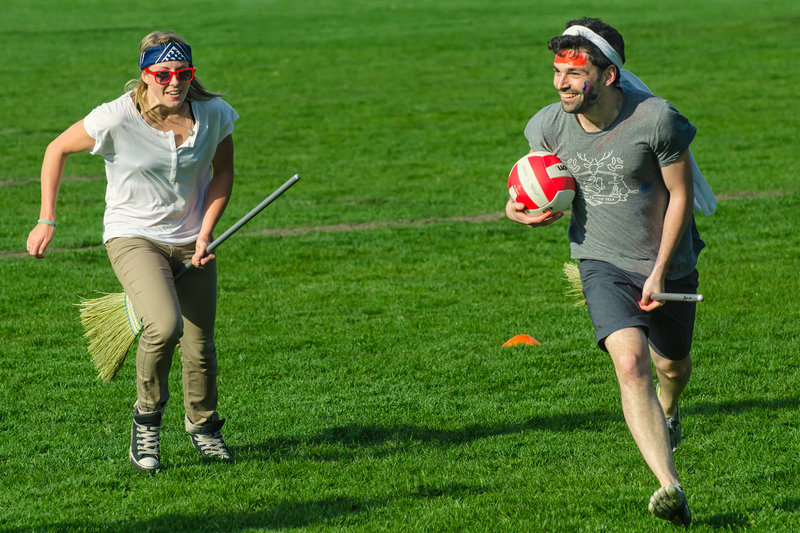 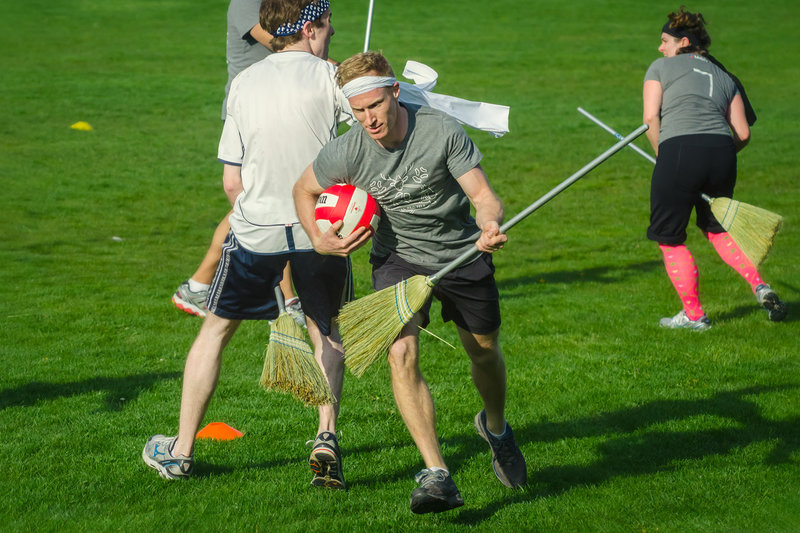 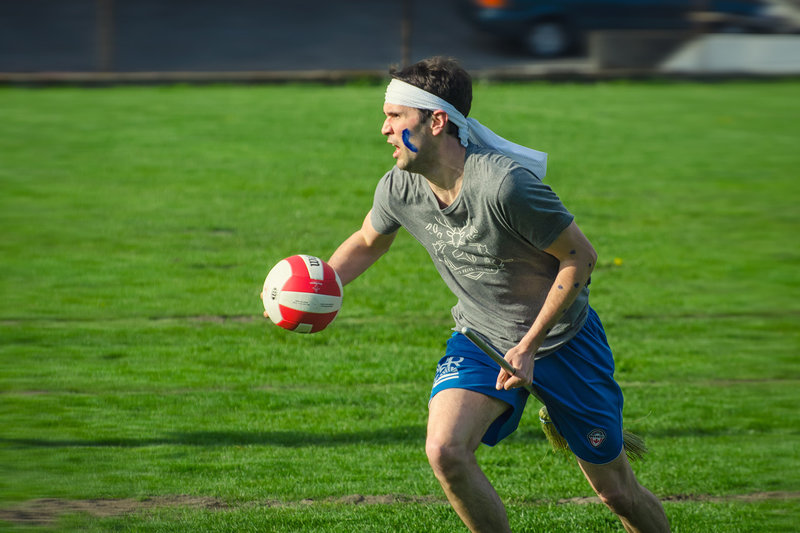 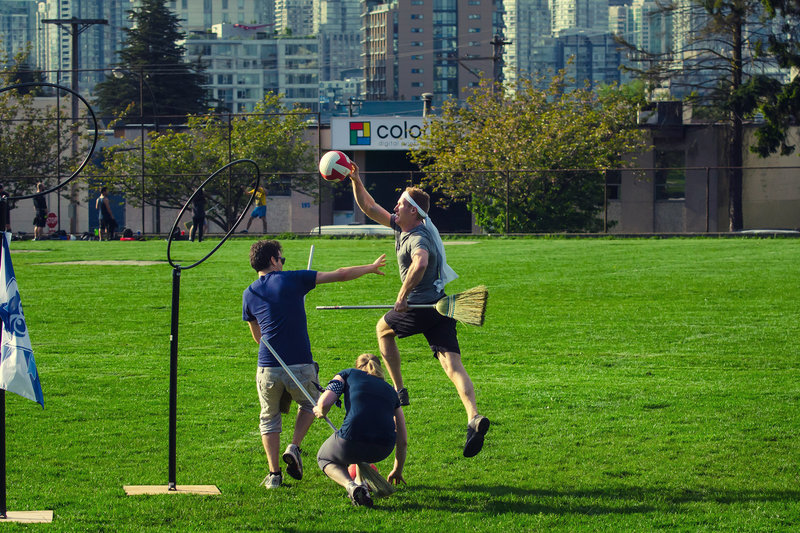 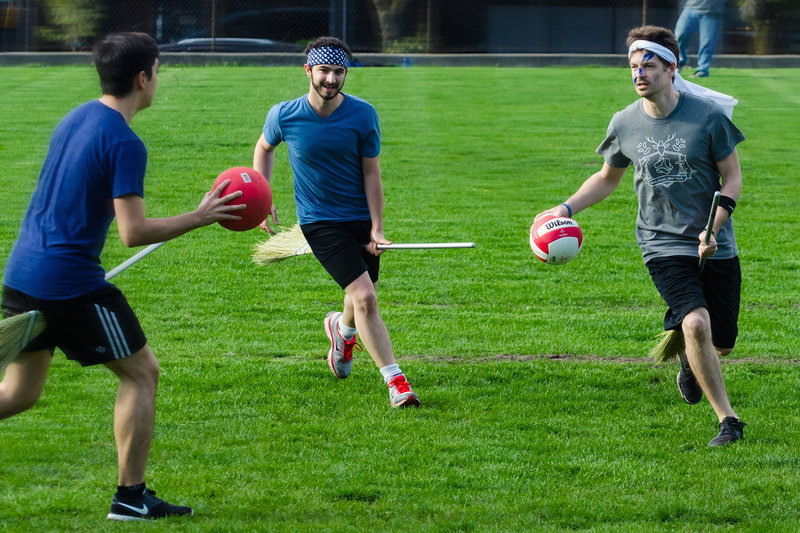 About to strike out a forward with Quaffle ball with red Bludger. 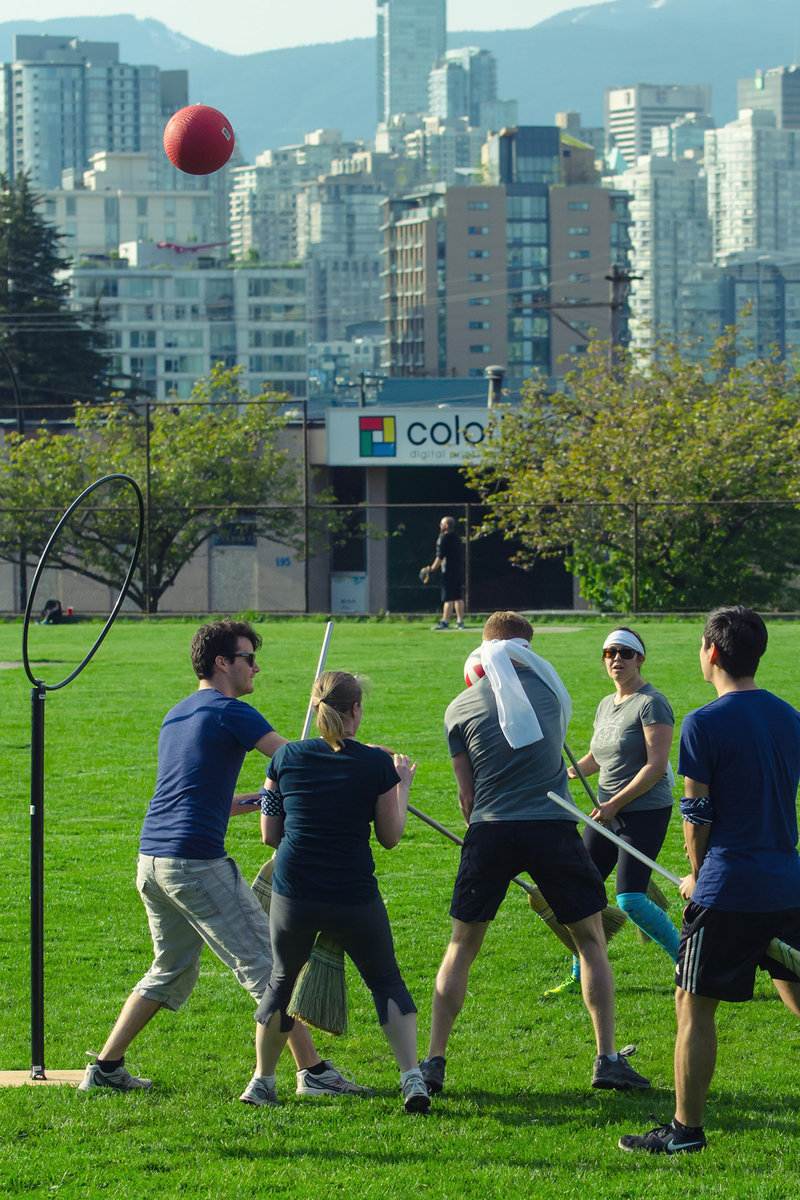 Bludger is looking for its target. Poor thing doesn’t even see it coming 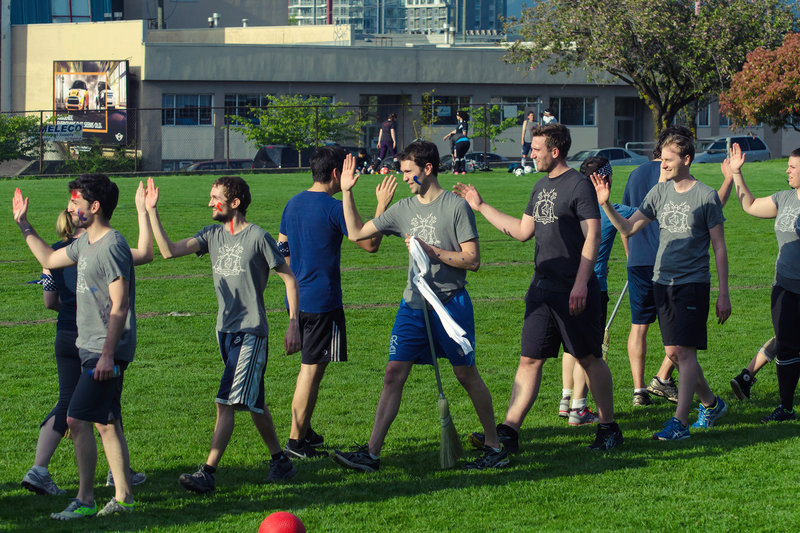 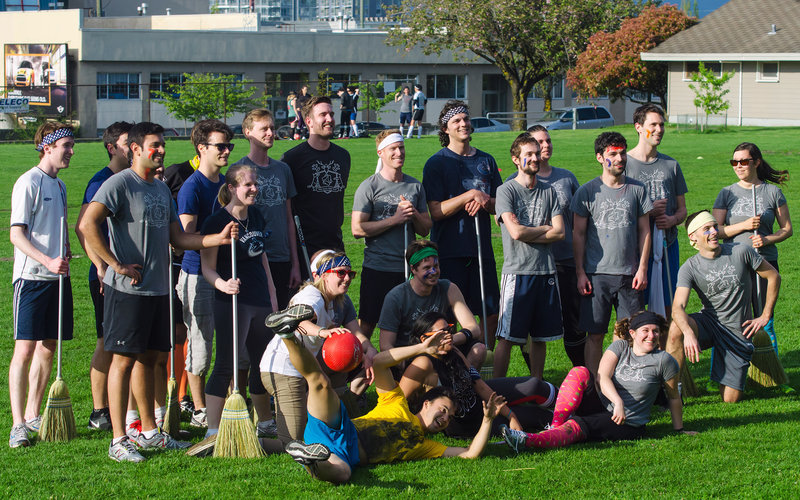