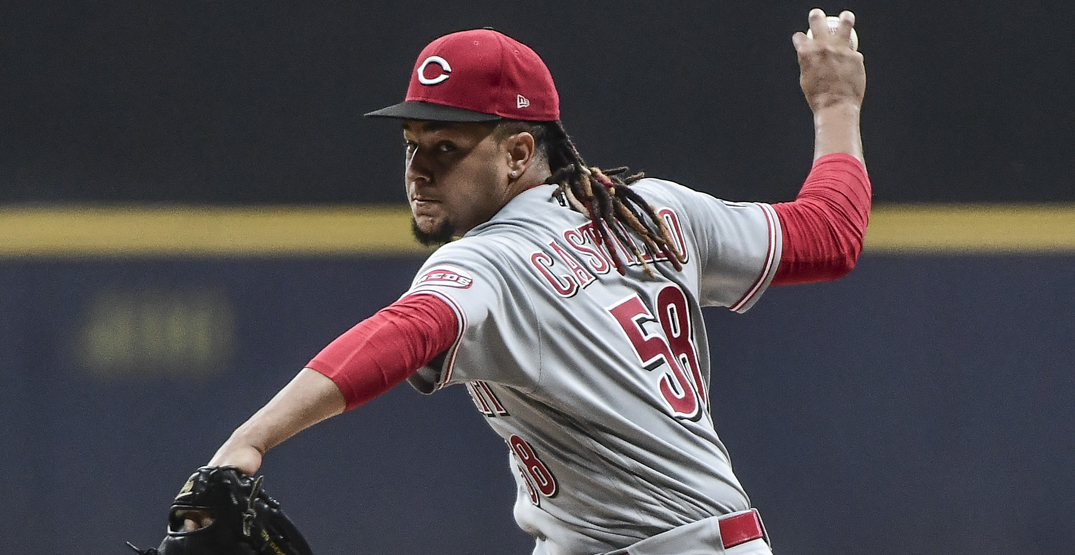 Everyone gets to celebrate their birthday, but select few are fortunate celebrate these things called “half birthdays.” It’s like having two birthday parties; twice the gifts, twice the cake, twice the fun.

For those MLB teams fortunate to be in contention, this upcoming trade deadline is their half birthday party. And they can’t wait to steal the gifts and cake from other teams this summer.

Fortunately for the Toronto Blue Jays, they’re among the buyers once again at Tuesday’s MLB trade deadline. Activity has been slow as of late, but eventually, the transactions will be fast and furious, and expect the Blue Jays to be one of the most active clubs on the market.

Not only do they need bullpen help, but they’re in the market for a starting pitcher (or two), and a hitter to beef up their starting lineup for their pennant race. With a few teams still on the bubble, some surprise names may become available soon, but these are five players on the Blue Jays’ wish list heading into trade deadline day.

The trade market isn’t exactly rife with options this season for contenders looking for starting pitchers, but Luis Castillo of the Cincinnati Reds is the belle of the ball.

Some of his peripheral statistics took a dive last season, but the 29-year-old is having another solid campaign with the Reds. His strikeout and walk rates are nearly identical this year compared to last year, despite a shoulder injury earlier this season.

Castillo will fetch a pretty package in return because he comes with an additional year of team control, and the Blue Jays could certainly use an arm next year as well because Hyun-Jin Ryu may miss the entire 2023 season, and Ross Stripling is a free agent at season’s end.

Since his debut in 2017, Castillo hit the ground running. He ranks 10th in innings pitched among all MLB starters since 2018. He’s fairly durable, and the fact he’s a two-time All-Star is a plus.

Castillo would be a welcome addition to Toronto’s starting rotation that’s currently walking a tightrope with pitchers like Yusei Kikuchi.

Would you like superstar Juan Soto, but can’t afford the astronomical asking price? Can we interest you in a Josh Bell instead? Oddly, enough Bell’s 144 wRC+ is only slightly lower than Soto’s 149 wRC+ this season with the Nationals.

It’s still not a foregone conclusion that Soto will get dealt, but considering Bell is merely a rental, he’s guaranteed to find a new home by the August 2 trade deadline.

The Blue Jays have needed solid left-handed hitting all season, and while Raimel Tapia and Cavan Biggio have provided some stability at the bottom of the order, Bell could plug in as a left-handed top of the order threat.

The only problem is fitting him into the Blue Jays lineup, which already has a first baseman in Vladimir Guerrero Jr., but finding regular at bats for Bell would be a good problem for the Blue Jays to have.

Reports indicate the Detroit Tigers are open for business, and despite their subpar record, Detroit’s bullpen has been a bright spot. Their 3.09 reliever ERA ranks fourth in baseball, on the backs of stellar performances by Andrew Chafin, Michael Fulmer, Gregory Soto, and Jason Foley.

But the most intriguing name among the Tigers’ bullpen might be Joe Jimenez. The former All-Star is having one of the best seasons of his career. The man has walked only eight batters in 40 appearances so far.

If there’s one time pitchers can least afford to give up walks, it’s late and close in games, which is typically reserved for bullpen pitchers. Besides not giving up many free passes, Jiminez’ strikeout rate has risen to a career high 27.7% this season.

Most GMs would be reluctant to trade for relievers who aren’t rentals, but this might be a special circumstance where the Blue Jays should package some prospect and get some late relief help to shore up their bullpen this year and next year.

The San Francisco Giants are in a similar situation as the Boston Red Sox this year, meaning they’re both close to teetering into “sell mode” after tumbling down the standings.

Like the Red Sox, the Giants have some intriguing pieces they could part with at the trade deadline, one of them being veteran outfielder Joc Pederson. His 128 wRC+ is tied for his career high, and while he isn’t stellar defensively, offensively he’d be a shot of adrenaline to the Blue Jays lineup.

Pederson is a free agent at the end of this season and is making $6 million with the Giants, so taking on that salary wouldn’t be an issue for the Jays. It’s a question of what San Fran would ask in return for the 30-year-old.

If the Giants continue to falter and they decide to become sellers, if the Jays don’t land a lefty like Bell from the Nationals, Pederson should be next up on their position player priority list.

As the basement dwellers of National League Central, the Reds are ripe for the picking. Not only are teams inquiring about Castillo, they’re surely calling about the availability of right-hander Tyler Mahle.

Castillo comes with more pedigree thanks to his two All-Star appearances, but Mahle is right on par with his counterpart in Cinci’s starting rotation. His strikeout numbers and fastball velocity are down a bit this year, but over the last two seasons combined, Mahle’s been a solid middle-of-the-rotation starter.

He also comes with an extra year of team control, which would give the Blue Jays some starting rotation insurance for the 2023 campaign as well. One wonders how escaping one of the worst defenses in baseball (the Reds) might boost Mahle’s statistics as well.