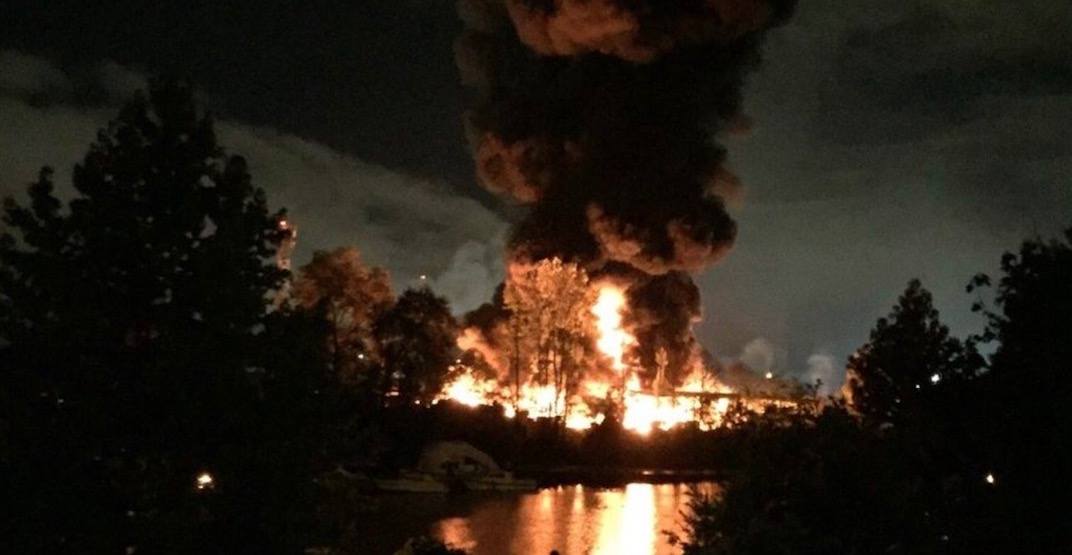 A large fire has broken out in Richmond, causing a plume of smoke on Mitchell Island.

Crews are currently battling the flames, which allegedly broke out just before 8 pm.

The fire has completely engulfed a building and is reportedly causing sporadic explosions.

This area has seen fire before, in January when a metal and scrap recycling plant located at the 13000 block of Mitchell Road was also on fire – and it is likely this is the same spot that is on fire now.

Richmond Fire Rescue has yet to comment on the cause.

We’re hearing about a large fire at a recycling facility on Mitchell Island. More to come. 📷 : @Kilumnati pic.twitter.com/0NLX2X3pcu

This is a photo I didn’t take of a massive fire I drove by on Mitchell Island, the road leading to the blaze lined with emergency vehicles.