A Ugandan teacher that arrived in Burnaby on Friday, November 13 has been missing since 10:30 p.m. that same day, according to the RCMP.

Edward Luvuuma, 32, arrived in North American in February of 2015 and has been touring with a children’s choir that’s sponsored by a B.C. based organization.

The police emphasize that Luvuuma isn’t in trouble, but they’re concerned with his well-being. Several people within the church community are out searching for him.

Friends describe this behaviour as out of character for Luvuuma, and they are particularly concerned given the string of cold weather. He doesn’t have his winter clothes with him, nor does he have money or any of his personal belongings. 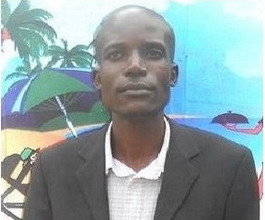