There’s a ten-foot inflatable mascot hidden somewhere in Vancouver, and the Vancouver Police are looking for any leads to its whereabouts.

UPDATE: The Vancouver Police Department recovered the stolen mascot while searching an East Vancouver apartment for a stolen computer.

Big G, the Harlem Globetrotter’s mascot, was stolen from the team’s tour bus on Monday, February 9. The bus was parked at West Hastings and Seymour Street and the mascot was taken, along with its battery pack and the team’s sound mixer, from the luggage compartment below the bus.

The mascot was last seen on Monday at 4 p.m.

The (hopefully) temporary loss of Big G won’t dampen the team’s ability to entertain basketball fans; they will be playing at the Pacific Coliseum February 12 and the Abbotsford Centre on February 13.

This incident comes after a June 2014 theft of $28,000 in costumes stolen from the Cirque Du Soleil tent at False Creek.

Anyone who has information about Big G’s whereabouts is asked to call the VPD 604-717-3321 or Crime Stoppers. 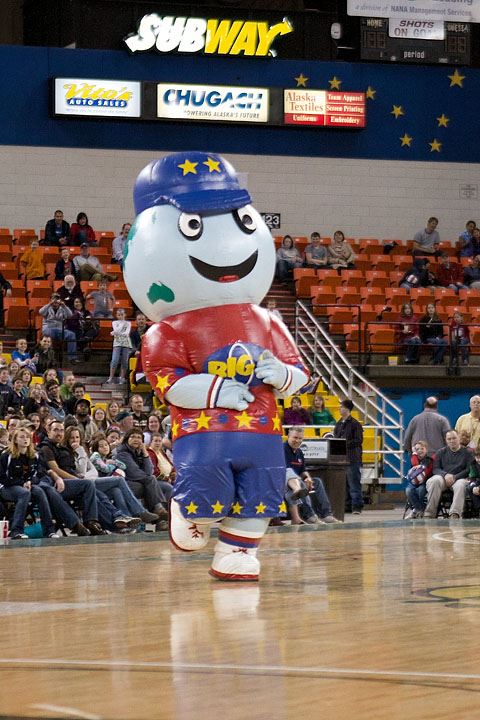