The other day I found myself at a local hockey rink and I ended up being surrounded by a “gaggle” of hockey moms. They were pleasant ladies but someone must have spiked the Tim Hortons coffee.

It was quite impressive how these parents were able to talk from one subject to the next, back to the original subject and still be able to focus on the game at hand. I tried to keep up as it went from gossip and bitching to “Come on Eric hit him!” In a span of just over two hours I heard all kinds of dirty little hockey secrets. 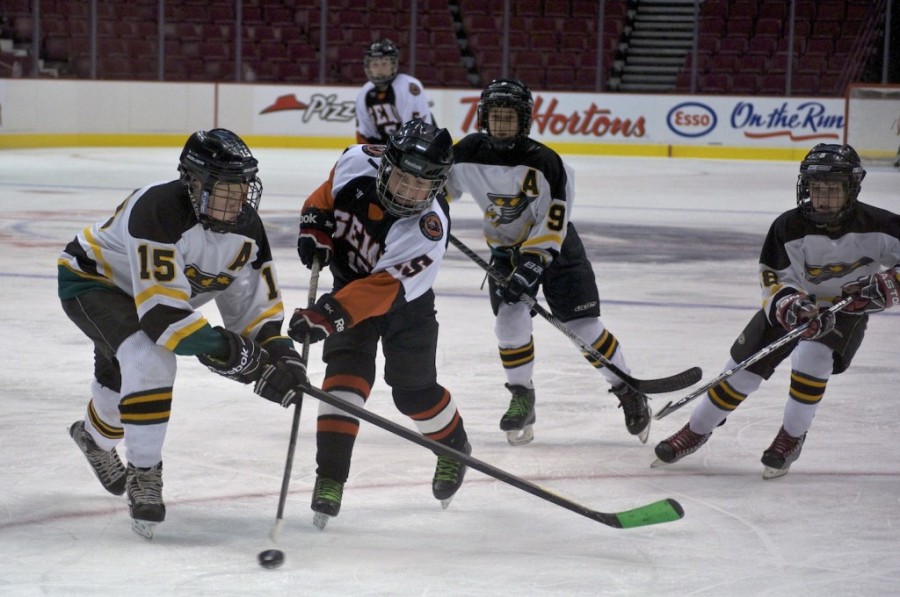 One lady told me about how a former coach got busted with another hockey mom in the back of his truck in the parking lot. Apparently this mom was providing the creepy coach with “sexual favours” in return for her son getting extra playing time. That coach was removed, but according to “the moms,” he is still coaching in another jurisdiction.

One woman said that she had heard of coaches taking bribes…allegedly. The rumour is that if a kid was on the bubble in making one of the premier teams, there may or may not have been coaches who were taking what this mom called a “going rate” of $10,000. Of course “the moms” all weighed in saying they had heard of that story too.

We see commercials and settings of outdoor skating rinks, parents cheering on their children, and everyone just having good ol’ Canadian time. None of those commercials depict any of the things I was hearing at the rink that evening.

When I sat with the modern day hockey parent, all I heard about was the B.S., the politics and the drama. Maybe the topics being discussed would have made for an interesting reality show, but as I continued listening to these parents talk, my own sense of reality in minor sports was being warped into something completely different.

Has minor hockey always been this way; Crazy hockey stories about other parents and coaches who start breaking bad?

“Some kids play all F—ing year long,” said one annoyed hockey mom who only wanted to be known as Laura. “When the winter season is over, the Spring league season begins along with strength and conditioning training. They don’t play any other sport. I have seen some kids as young as eight-years-old who are doing strength training. To me it just doesn’t feel right. These are kids, not professional athletes.”

Laura went on with her “You know what really grinds my gears?” grievances. Apparently another nagging problem for parents is how many kids are being recruited out of district to create these “super teams.”

There are rules in most minor sports about where a child can play. Usually that child has to live in the city they play in or at least started their hockey there. Now kids are being scouted at a young age and playing in cities where they don’t belong.

I’ve also been told by colleagues of mine that some parents spend thousands of dollars to hire private investigators to follow families home in order to make sure they live where they say they live.

Parents and some coaches will go out of their way to recruit kids and will help these recruited families find “alternate” addresses within that city to use when registering. Parents have also found other “creative” ways to skirt around these rules so their kid can play on a certain team.

It has gotten so out of control that one hockey dad told me that most associations have given up in enforcing the rules unless they are given solid proof that a child lives somewhere else. 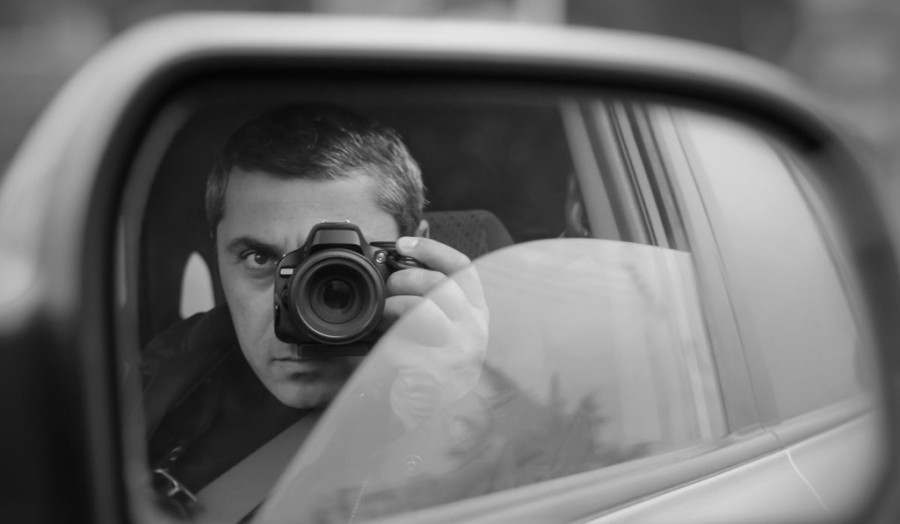 “It’s frustrating because there are kids who have played in this area for all their lives and some of them are good enough to play for the higher level teams but they end up getting the shaft and pushed out because other kids get recruited and are promised positions at the beginning of the season. Tell me how that’s fair?” asked a hockey dad who only wanted to go by his first name of Jake.

That’s another thing; it’s hard to get anyone to speak on the record. Parents, coaches and even the governing body at the PCAHA (Pacific Coast Amateur Hockey Association), have not wanted to put themselves out there and talk about the issues.

Many emails have been sent to the PCAHA about the rules and how things are being governed and investigated, and although they have acknowledged my questions, up to this point, they have chose not to respond.

Most parents who told me stories and gave their opinions didn’t want to be fully identified in this piece due to fear of their child getting black listed by their hockey association.

“There are some unhappy people for sure, but most of us just go with the flow. There are a lot of politics at play, and I know some of us don’t want to ripple the waters too much in fear that it may affect our child’s future when it comes to local hockey,” said Jake.

There is also an increasing concern about a two-tier system with rich and poor families. The game is becoming less and less affordable. One out of three families can’t afford to play hockey. James Mirtle of The Globe and Mail wrote an excellent piece regarding this very subject.

For example, If you can afford to put your kid in one of the local Winter Clubs, the membership fee is around $4,500 a year, plus equipment and hockey trips. The older they get, the more expensive it becomes.

With ice times at a premium these days, the fees have gone up across the board, not to mention kids feeling they need the high-end equipment. Whatever happened to the wooden hockey stick?

“Yeah, it adds up really quickly. We don’t make a lot of money but I feel that in order for my boy to get the best coaching and opportunities he needs to play here. It has been a real sacrifice for sure,” said Jake.

What about the not so well off families who want their children to play competitive hockey? Do they still get the same opportunities?

The problems and stories that I write about could probably be found in most minor sports, and to be honest, I’m not really sure if there is an answer in how to fix it. However, when it comes to our national past time, things become a lot more magnified. Is the problem hockey culture or competitive hockey parents?

For every seedy story about minor hockey, there is a positive one about the countless volunteers who try and make the sport a more positive environment for everyone. There are also so many positives in putting children into organized sports, but like anything, there is always the under belly that people don’t like to talk about.

We’ve seen the videos of hockey coaches and parents gone bad. I included a few in this post. Over the last few weeks there has been a hockey dad who got a conditional discharge for uttering death threats at a nine-year-old, and there was the recent violent incident where a kid allegedly beat another kid with a hockey stick in Burnaby.

What is it about minor sports that brings the worst out of human beings? Has the problem got better or worse? Who is to blame?

We like to preach at our children that it’s just all about having fun, but maybe it should be our kids that are reminding us about the word FUN.

Maclean’s Magazine also focused on this subject and they created a great new video series called The New Minor Hockey Fight. They also wrote a great piece about how parents and lawyers are killing the game.