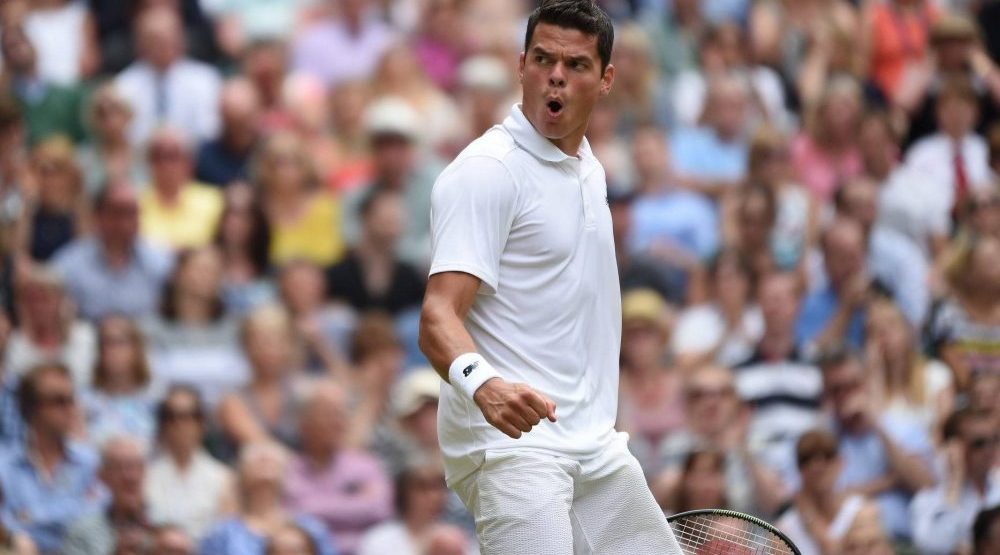 Milos Raonic will walk onto tennis’ most-hallowed court on Sunday (6:00 am PT/9:00 am ET) and he’ll attempt to win the first Grand Slam trophy of his career.

To give you an idea of the task ahead:

So despite Raonic’s 3-6 record against Murray (he was 2-9 against Federer before Friday), beating him in the final is going to be a lot tougher than defeating an aging Roger Federer.

Going into Raonic’s semi-final against Federer, I wrote about how the Canadian has developed his game to a place where it has him fighting to be at the top tier of the sport, and Federer is not there anymore.

The problem is Murray is there, and he’s not content to stay “world number two” either.

After losing two straight major finals to Novak Djokovic (the 2016 Australian and French Opens), Murray re-hired Ivan Lendl, the coach who was with him when he won his US Open and Wimbledon titles.

And just as John McEnroe has affected Raonic’s game, Lendl’s effect on Murray is immeasurable. The Brit is less focused on yelling at this team when his shots are off, and more set on figuring out a way to win.

Make no mistake, when Murray’s playing his best, he’s pretty much a clone of the man born just one week after him – Djokovic.

Raonic saw that first hand just weeks ago when he played against Murray in the final at the Queen’s Club. After winning the first set, Murray roared back to take the next two sets, cementing his spot as a favourite to win Wimbledon.

But Raonic does have a chance.

If he plays at the level he did in the first and fifth sets against Federer, hitting a high percentage of his first serves and pressuring Murray’s serve by putting balls back in play, he’ll get his shot at some break points.

He just has to bear down and win them.

If Raonic can do that, he may go against all the odds and bring a Wimbledon title to Canada.