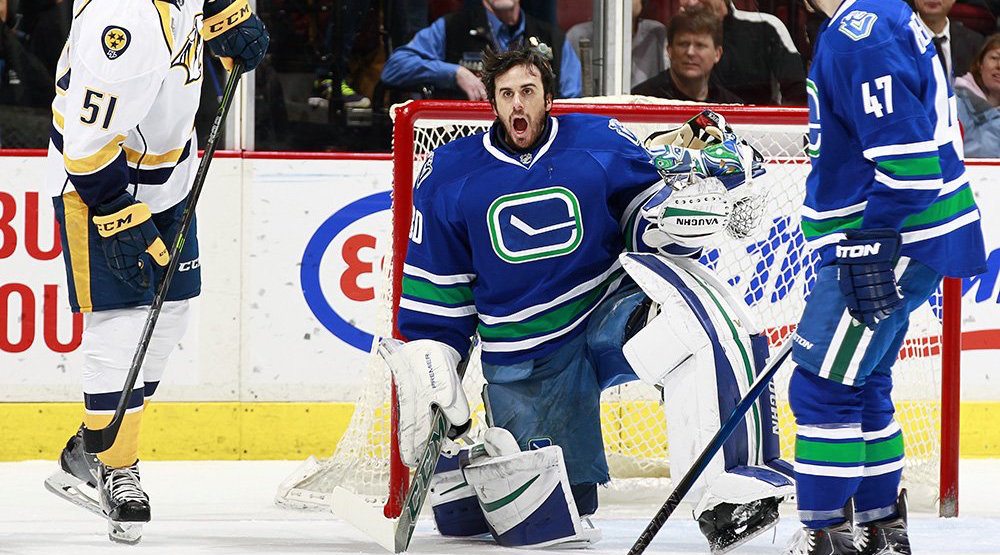 Ryan Miller gave up six goals, including four quick ones in the third period, before getting pulled in Tuesday night’s embarrassing 8-6 loss to the Carolina Hurricanes.

And the reaction from fans and media was… Meh.

This used to be something that television, print, and online media would have a field day with! We would analyze every goal and debate whether or not the other guy would have saved it.

Fans would be divided on who should start the next game. Media would grill the coach after a loss on who his next starter would be.

This is truly remarkable for Vancouver. We didn’t invent the goalie controversy, but we perfected it. 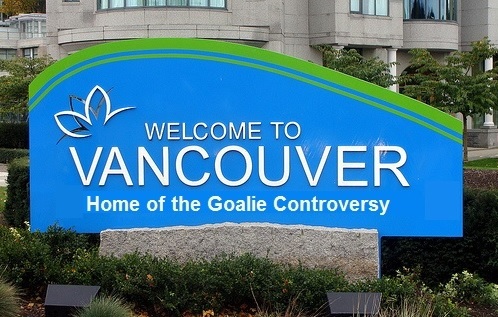 Luongo versus Schneider was stuff of legend. Two great goalies and fans would critique goals that went in off a tip, through a screen.

“Schneider should have had that!”

Then Schneider left and things were supposed to go back to normal. Well, Eddie-mania changed that.

Go back even further and there was Potvin versus Essensa, and Cloutier versus everybody.

Somehow the Canucks have two good goalies, near equal in ability, who have split games over the last two seasons and everyone’s remained calm.

In the 111 games since Jacob Markstrom earned a full time NHL job, he’s started 44 games, compared to 67 for Miller. Last year the two goalies had nearly identical numbers, with Miller posting a .916 save percentage, compared to Markstrom’s .915. This year both of their numbers have dropped, with Miller at .909 and Markstrom at .903.

Markstrom holds the edge in winning percentage, with a 19-21-6 record over the last two seasons, compared to Miller’s 23-33-9 record.

Either fan apathy has overtaken us all, or Vancouver is growing up.

It’ll be interesting to see if that changes if Miller, who is in the last year of his deal, gets a contract extension.

Miller will turn 37 before next season, but still has some gas left in the tank. Markstrom is 10 years his junior and begins the first year of a three-year contract that carries a $3.667 cap hit next season.

The plan appears to be to make Markstrom the starter in October, and after last season that seemed to make sense. But now? Will Canucks management get nervous about handing the reigns over to a 27-year-old goalie coming off an off-year?

There’s lots of time for Markstrom to improve his numbers, and given the fact that he’s played behind a depleted defence, he should be cut some slack.

But until then, it appears we’re all just going to watch it happen, calmly.