From aerial performances that were as stunning as they were daring, to static displays with historical significance, the Abbotsford International Airshow once again delighted guests with its diverse lineup.

While the weekend was abundant with new acts, like the U.S. military’s F-22 fighter jet and France’s Brietling jet team, Abbotsford residents were just as enthusiastic about some classic acts like the Snowbirds and the SkyHawks. 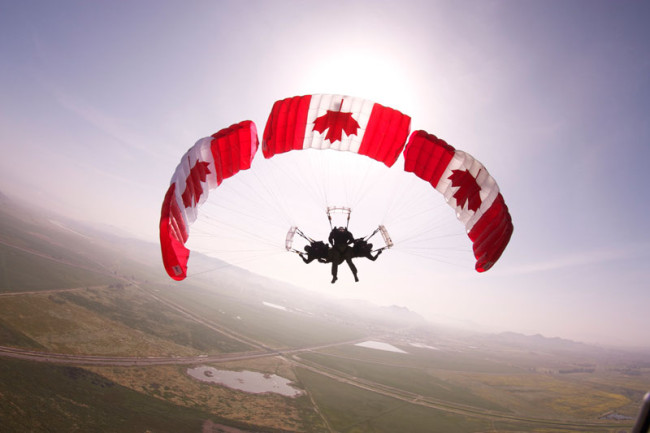 As Canada’s only military parachute demonstration team, the SkyHawks have represented Canada and the Canadian Armed Forces to over 75 million spectators worldwide over the last 41 years. This past weekend they invited Vancity Buzz to get a behind-the-scenes look at what it means to jump out of a plane for a living.

“It is rare for us as service members in the Canadian Armed Forces to get to share what we do as soldiers, airmen and sailors with the Canadian public,” says Leading Seaman, A.J. Homorodean. “It’s an honour and a privilege to get to shed a little light on the amount of time and training it takes to develop special skill sets within our highly capable military.” 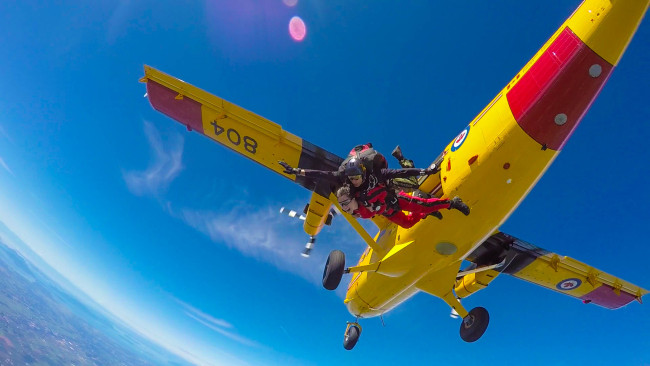 Getting to jump with SkyHawks (Image: A.J Homorodean)

After a walkthrough of safety precautions, at approximately 13,000 feet, it was time to jump. Strapped on to tandem master, warrant officer Mario Lakatos, all those participating in the skydive inched closer to the plane’s massive door, revealing thousands of feet of Fraser Valley ground below.

Everything thereafter happened very quickly, from plummeting towards the ground, slicing through the rushing wind, and then suddenly slowly floating downwards in a peaceful silence, eye level to the mountain range. 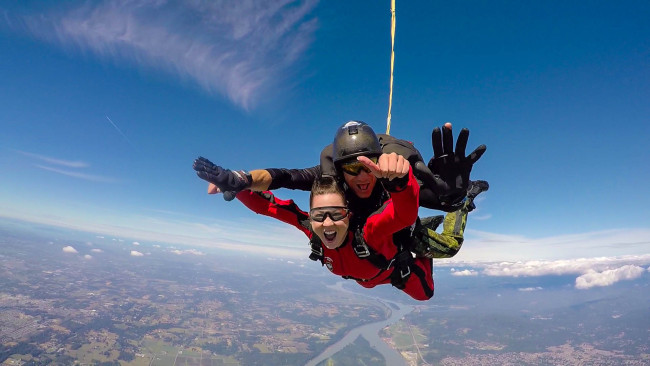 “Jumping out of a plane never really becomes less scary, I would say that you become accustomed to it through all of our rigorous training and safety protocols that are in place,” says Homorodean. “The best thing about being a Skyhawk [is] having the opportunity to display the capability, discipline and professionalism of the Canadian Armed Forces to the Canadian public. Being able to put on a great show for the public and then interacting with them on the ground and seeing all the smiles is definitely an amazing aspect of being a Skyhawk.”

During their performance at the Abbotsford Airshow, the SkyHawks manoeuvre their parachutes mere inches apart to build formations in the sky. Their aerobatic stunts, known at Canopy Relative Work, requires a high level of precision, skill and courage, as they interact thousands of feet in the sky. 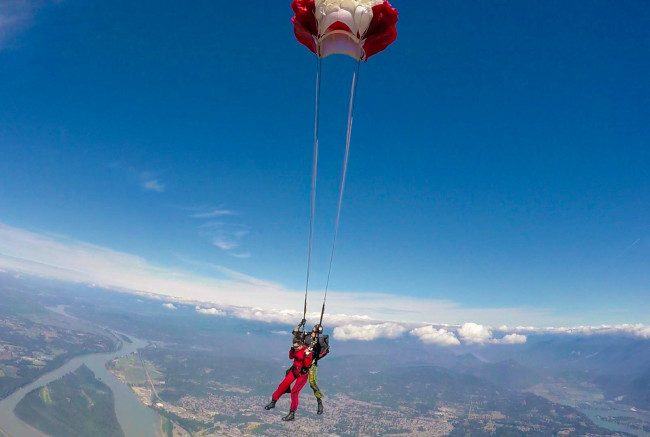 “Abbotsford is one of the largest airshows I have had the pleasure of performing at,” says Homorodean. “It is a great opportunity for us to showcase the skills of your Canadian Armed Forces to a large group of Canadians. The people here in BC are phenomenal and their hospitality is unparalleled.”

Although the exact number of attendees has yet to be confirmed, according to media director Jadene Mah, the Airshow was already into overflow parking on Saturday morning – a strong indication of high numbers.

She says people enjoyed the strength and diversity of the show, including the static displays and military aircraft performances. Positive feedback continues to flow in via Twitter, and the team behind the Airshow are already beginning the planning for next year’s event, with the SkyHawks once again on the list of performers.

Skydiving with the SkyHawks