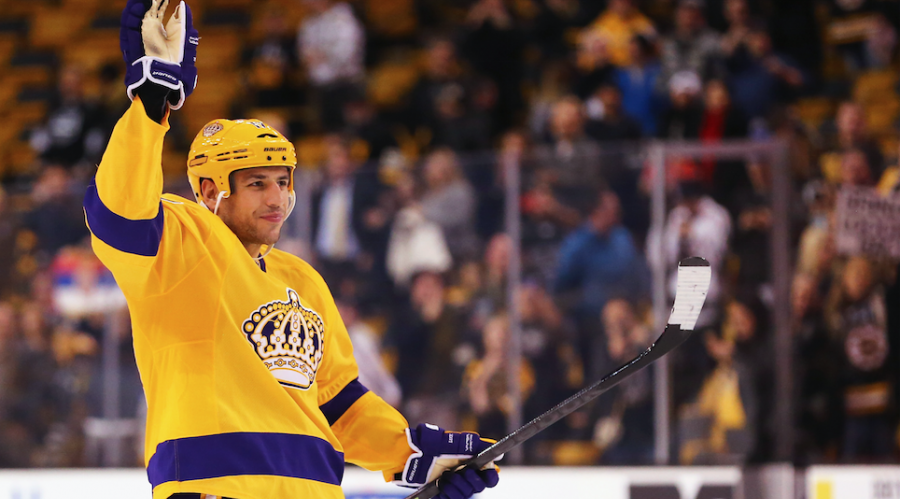 Milan Lucic is prepared to choose the Edmonton Oilers over the Vancouver Canucks, a source with knowledge of the situation has told Daily Hive.

Lucic, a pending unrestricted free agent, was in Vancouver on Monday to meet with Francesco Aquilini, Trevor Linden, and Jim Benning. On Tuesday, the East Van kid was given a tour of Edmonton’s brand new arena.

If Lucic had to make his decision right now, he would choose the Edmonton Oilers. I’m told that the Oilers are the frontrunners and the Canucks are out of the running. Lucic will listen to other offers before making his decision when the free agency period opens on Friday.

Curtis Stock, a former sports writer with the Edmonton Journal reported that Lucic had already signed with the Oilers, which is not allowed officially by the NHL until July 1. Teams are merely allowed to talk to players at this point.

Of course, it would make sense for Lucic to listen to all offers before making his final decision, and I suppose it’s possible for him to change his mind about Vancouver if the Canucks change their offer. But for now, Vancouver is not a consideration.

The reason for Lucic not choosing Vancouver, I’m told, is that he is unimpressed with the team’s immediate future and prospect pool. With that way of thinking, it makes a lot of sense to sign with the Oilers, who appear ready to boom with the likes of Connor McDavid, Jesse Puljujarvi, and Leon Draisaitl who are all 20-years-old or younger. Edmonton needs to bolster their blueline, but could do so by moving one of their other young stars like Taylor Hall, Ryan Nugent-Hopkins, or Jordan Eberle.