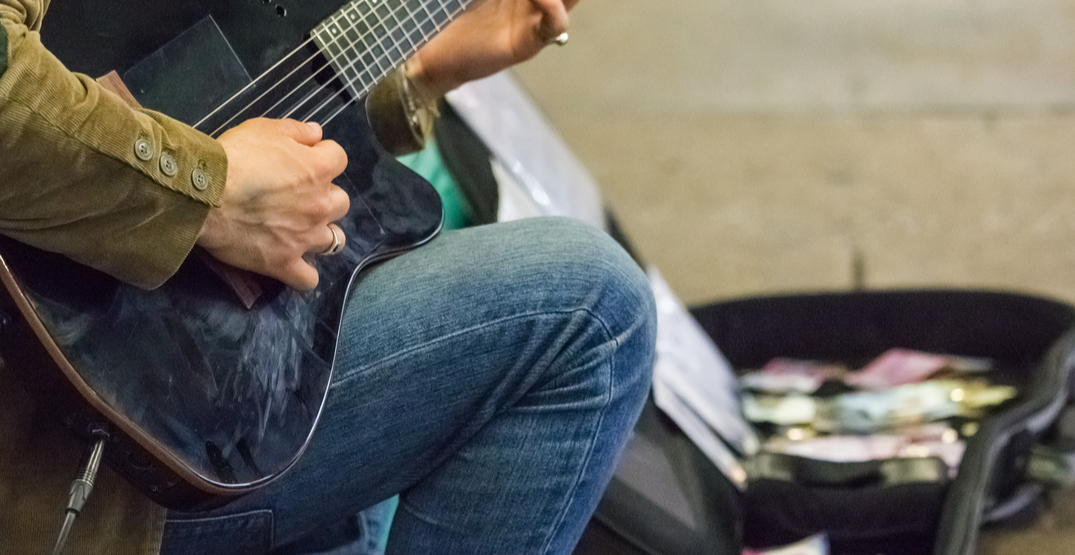 This article was written for Daily Hive by Grade 12 students Rheanna Phillipp and Amalie Wilkinson as part of a collaboration with Handsworth Secondary School.

Everyone has a coping mechanism to get through the worst of times. For Vancouver busker Mike Sullivan, music cures everything.

Sullivan, who commonly goes by “Mike the Swan,” has busked at Vancouver’s Waterfront SeaBus terminal since 2013. He is a father, grandfather, university graduate, retired plumber, and songwriter. He takes pride in his music and would choose to busk over any other career. 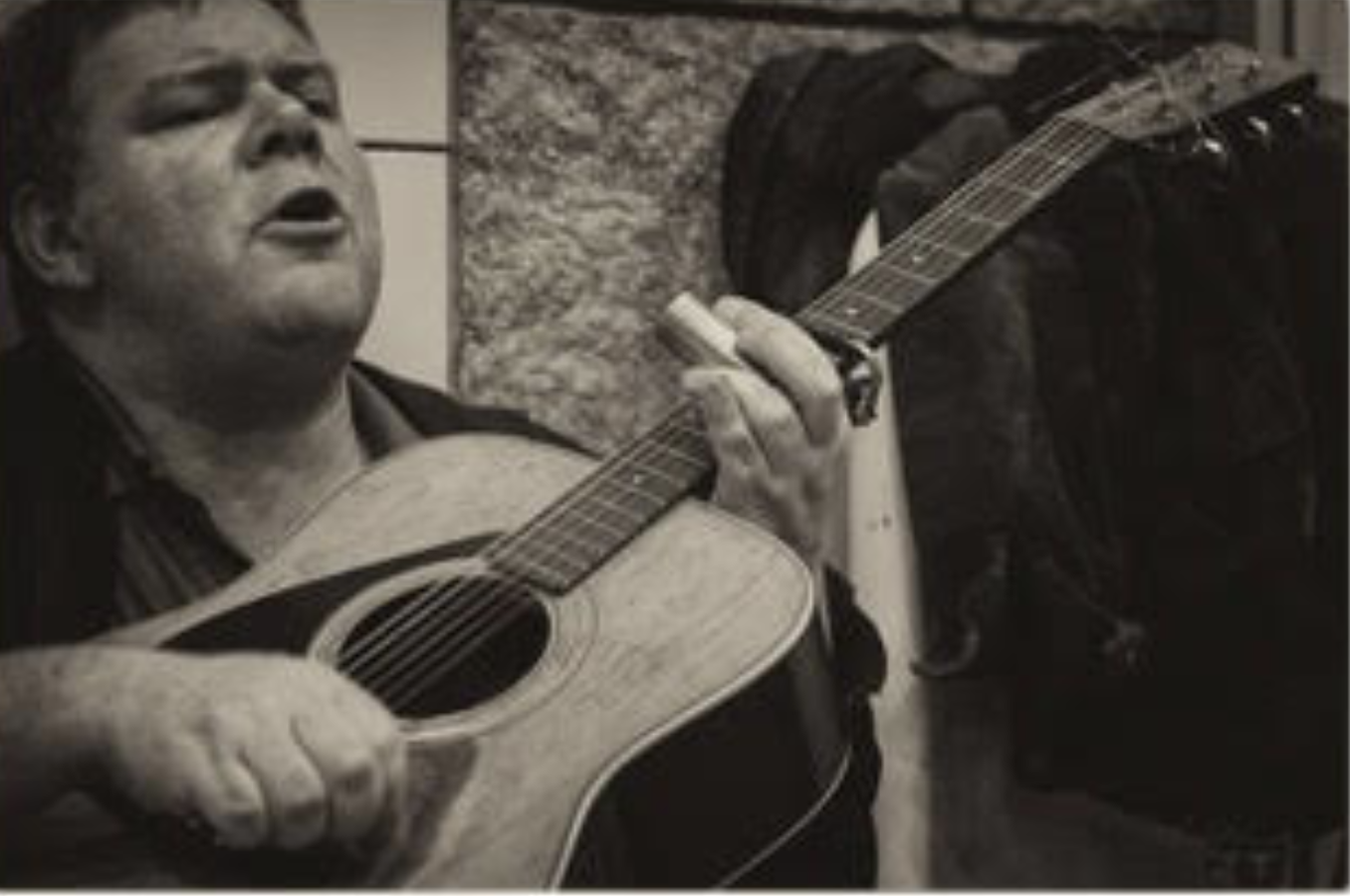 “When I’m busking, I have all the freedom in the world,” he says. That freedom allowed him to play his music for passersby day in and day out, with hopes of adding some positivity to their day.

“That’s kind of my job — to be positive,” said Sullivan, “I’m your anti-depressant.”

Sullivan grew up in a small town outside of Edmonton, where he studied printmaking at the University of Alberta and the University of Lethbridge, and Fine Arts at MacEwan University. He moved to Vancouver in 1995 and has busked in the city since then.

But in recent weeks the music has stopped for Sullivan, as the work of buskers in the city and around the world came to a sudden halt due to the COVID-19 pandemic.

The once-busy SeaBus platform where Sullivan has spent hundreds of hours strumming his guitar and singing to passersby has turned quieter than ever.

“TransLink shut us down for the duration. Before we were shut down there was no money to make anyway. No one was out,” he said.

Instead of playing his music, Sullivan is now spending his time at home.

Currently, he is surviving off of limited Canada Emergency Response Benefit (CERB) like many other employed or self-employed Canadians whose livelihoods have been affected. The CERB offers Canadians $500 per week and lasts 16 weeks.

But Sullivan is no stranger to survival; it has always been an integral part of being a busker.

On any given day before the pandemic, Sullivan would make anywhere between $2 and $200.

“So sometimes it’s $100 in an hour, and sometimes I just sit there, waiting for my toonie,” said Sullivan, before the pandemic’s impact hit Vancouver.

Another difficulty of the job came with unfriendliness Sullivan faced while performing on the street. Before his stint at Waterfront Station, Sullivan busked outside a liquor store on Commercial Drive.

“The worst was when some guy mooned me one time. He walked up and pulled down his pants.”

But for Sullivan, the positive aspects of busking always outweigh the negative.

“No matter what I’m doing in life — if things are bad or whatever — I go out and sing for a couple of hours. It’s a really good job.”

Sullivan fondly remembers one particular encounter while busking. He was at Waterfront Station, playing his old guitar, which was in need of a few repairs. While he was playing, a stranger who he met while busking walked up and offered him a Fender Acoustic. Mike now plays that guitar.

It’s experiences like that which show him that he truly does have the best job in the world.
Mike recognizes the importance of other jobs, but in his mind, music is everything.

While Sullivan hasn’t sung in public for weeks, it hasn’t stopped him from finding the joy in daily life.

He’s spending time in his apartment watching streamed performances of other artists. Like all of us, he is searching for a sense of normalcy in order to find clarity in the chaos.

Although he is stuck inside, Sullivan’s music is still out there for the world to enjoy. His original songs are available on Apple Music, Spotify, Google Play, and other platforms. Now more than ever, music can be a cure. Tunes can lift a spirit in the hardest of times, and during this pandemic, we should look to our musicians for hope.

“If there’s a silver lining to any of this, I hope people learn to get out of the rat race every once in a while,” he said.

“I’m okay financially for a little while but am looking forward to when this is all settled and I can get back out there.”