Municipalities in the province are contributing to the housing affordability and supply crisis by taking far too long to make zoning and development application decisions, says one prominent MLA in the Lower Mainland.

As part of his campaign for the leadership of the BC Liberals, Mike de Jong, the Abbotsford West MLA, says he will establish policies that encourage municipal governments to expedite the approval of new housing projects.

His proposal would create timelines for municipalities to make planning decisions on development approvals, and in return financial incentives would be provided to these local governments.

The policy would streamline the approval processes across municipal jurisdictions, ensure all residential proposals of 50 units or fewer would go through the full zoning and permitting process in less than 10 months, and enhance the capacity of their planning and zoning staffing to meet these timelines.

“Governments are quick to impose timelines on citizens and hold them to account, but they never like to be constrained themselves,” de Jong said.

“Our market has a growing, mobile, prosperous population. If we are to provide them with homes they can afford, we need our governments to keep their side of the bargain and make the decision process clearer, predictable and efficient. And for those communities that say they do not have the capacity, we would provide funding and support.”

De Jong cited a recent private sector report that showed the typical approval process in 19 municipalities in the Lower Mainland averaged 10.2 months, with 13 municipalities taking longer than the average.

The City of Vancouver was the worst, as it had an average of 21 months for a housing application decision.

De Jong held a number of cabinet positions in the former BC Liberal governments under both Gordon Campbell and Christy Clark, including most recently the Minister of Finance. He is one of eight candidates pursuing the role of party leader.

Typical timeline for new home approvals in 2016 (in months) 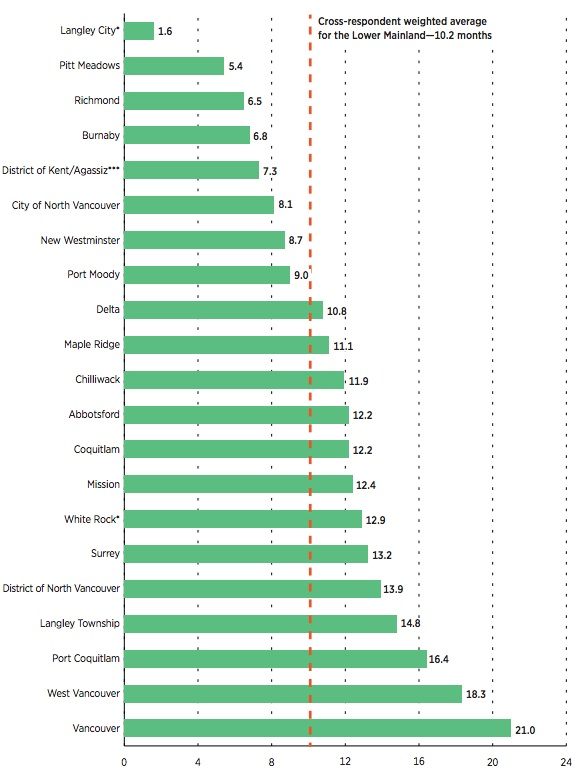 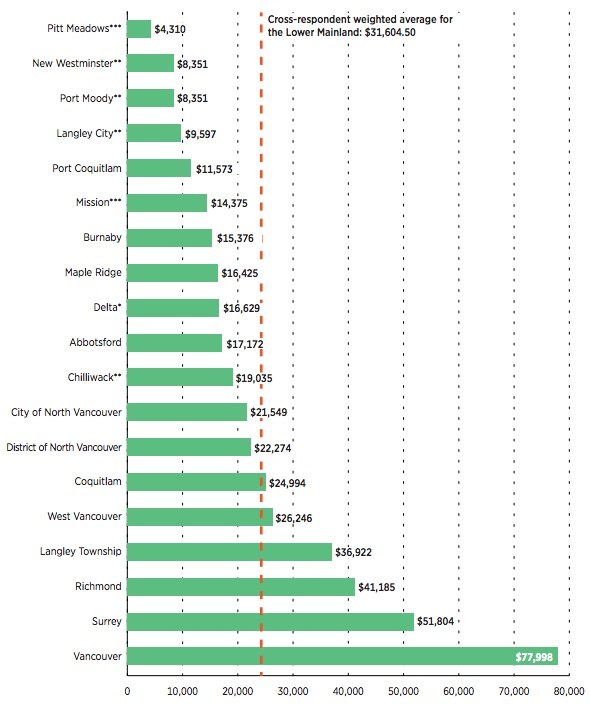