Miguel is in town this weekend to play a show at the legendary Commodore Ballroom. After the show is over you are going to want to head over to Fortune Sound Club in Chinatown as Blueprint, GMAN & RIZK and Hyphy bring you the official Miguel Wildheart

Grammy Award winning recording artist Miguel first hit the mainstream in 2010 with the infectious first single ‘All I Want Is You,’ from his major label debut album of the same name, a song which blended a stark hip-hop beat with Miguel’s creamy vocals to form a sound that was absent from the radio and established Miguel as one of the most unique and soulful voices in modern R&B.

Miguel’s follow up was his critically-acclaimed, four-time Grammy Award nominated, sophomore album ‘Kaleidoscope Dream,’ which features his third US #1 hit single ‘Adorn,’ the intoxicating ‘How Many Drinks?’, ‘Do You…’ and ‘The Thrill.’

In 2013 Miguel was nominated for a total of 5 Grammy Awards. Lead single ‘Adorn,’ written and produced by Miguel, garnered Miguel his first Grammy Award for Best R&B Song and resided at #1 on the R&B/Hip-Hop charts for more than 23 weeks becoming the longest running #1 in the history of the Billboard R&B/Hip-Hop airplay chart.

Get a pair of tickets to the afterparty. Here’s how:

2. Regram the image below on Instagram with the following message:

@BlueprintEvents brings you the official Wildheart tour afterparty hosted by @Miguel at @FortuneSound this Saturday. #Regram the following image, use the #MiguelBlueprint  hashtag & tag both @BlueprintEvents & @VancityBuzz to enter! Contest ends August 21. 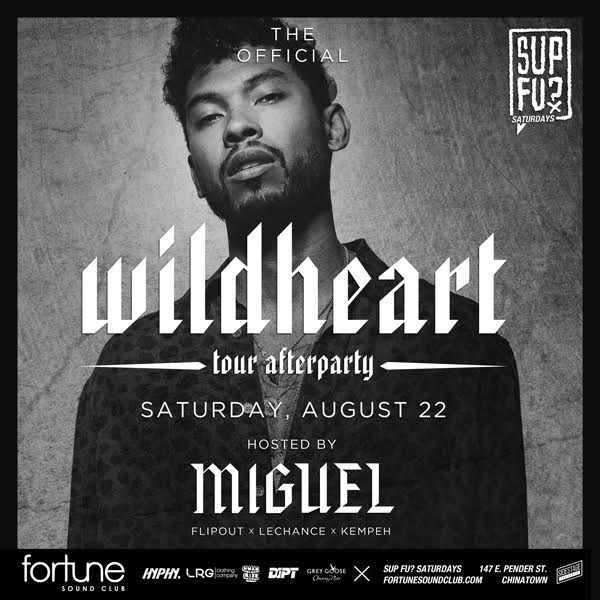 Contest ends Friday, August 21 at noon. Winner will be contacted via the method they entered.

Tickets: On sale now via http://bit.ly/1JfZLs2 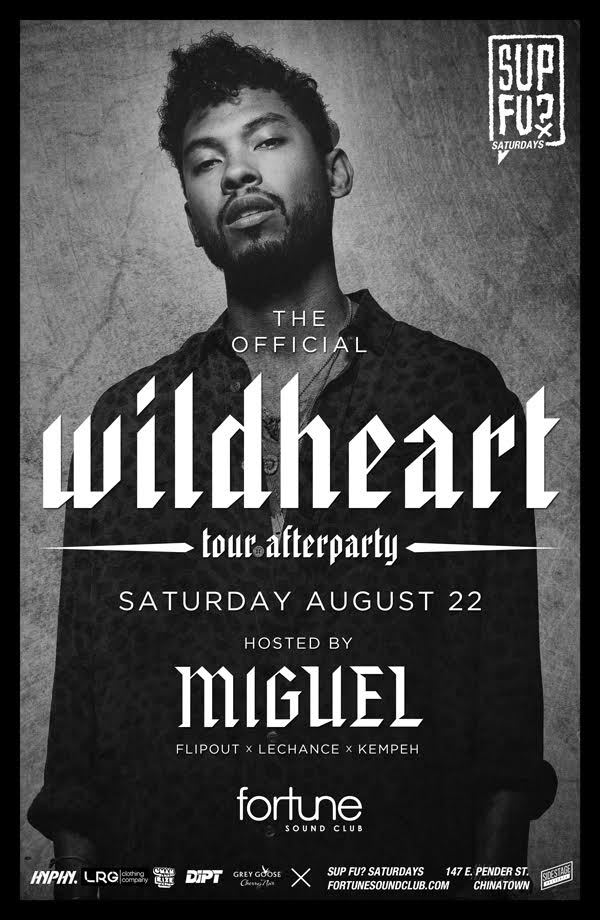