Midsummer is a humourous and romantic play that challenges the clichés of Hollywood love.

Two chairs, two guitars, a table, and a room divider in the corner were already set on a red small stage. During the one hour and 40 minutes of the play, written by David Greig with music by Gordon McIntyre, those simple objects created different ambiences, so that a chair became a bed, a toilet, the staircase of a Church…

Isabelle Blais and Pierre-Luc Brillant entered the stage and welcomed the audience. The show began. They started by telling us the story of their characters, jumping from the role of narrator to the character itself, through their voices and song played live. Blais’ main character was Helena, a smart-set divorce lawyer who pretended to have no sentiment at all; Brillant mainly interpreted Bob, a modest storyteller who wanted to travel Europe playing his guitar. 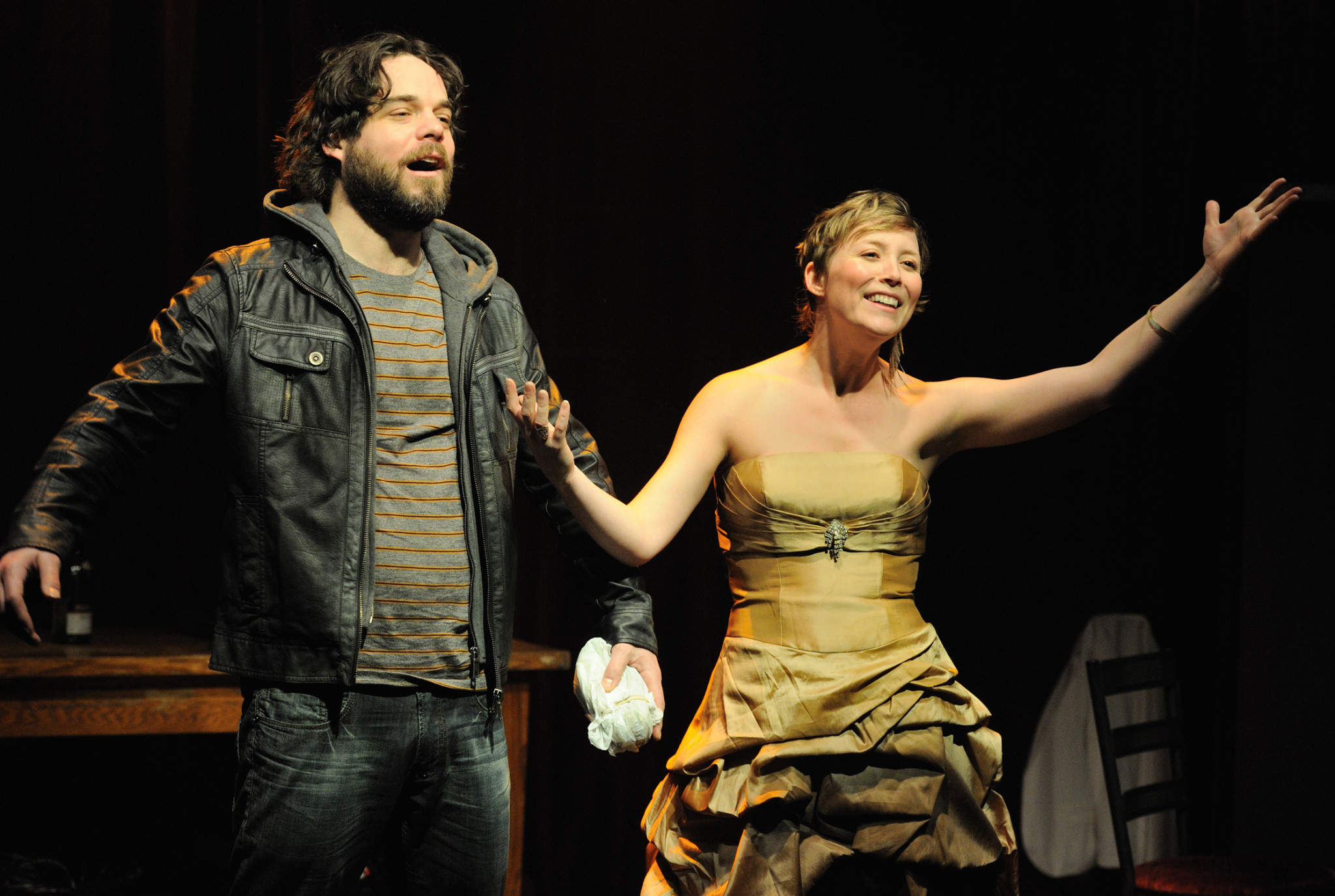 Blais and Brillant used costumes, projections on the room divider, and props not only to move back and forward from their characters, but also to enacted minor personae, such as Helena’s nephew. This strategy gave the audience a complete picture of the story, as well as different perspectives of the same scene, as if it were a movie where the camera could zoom close and far from the protagonists.

Helena and Bob first met in a pub, after too much wine. They believed that they were not each other’s type at all. But the day after, after a series of coincidences, they met again – with a strong headache due to the hangover. Helena and Bob decided to leave for a crazy night in Edinburgh where, as they sang: “Everything is possible with you.” 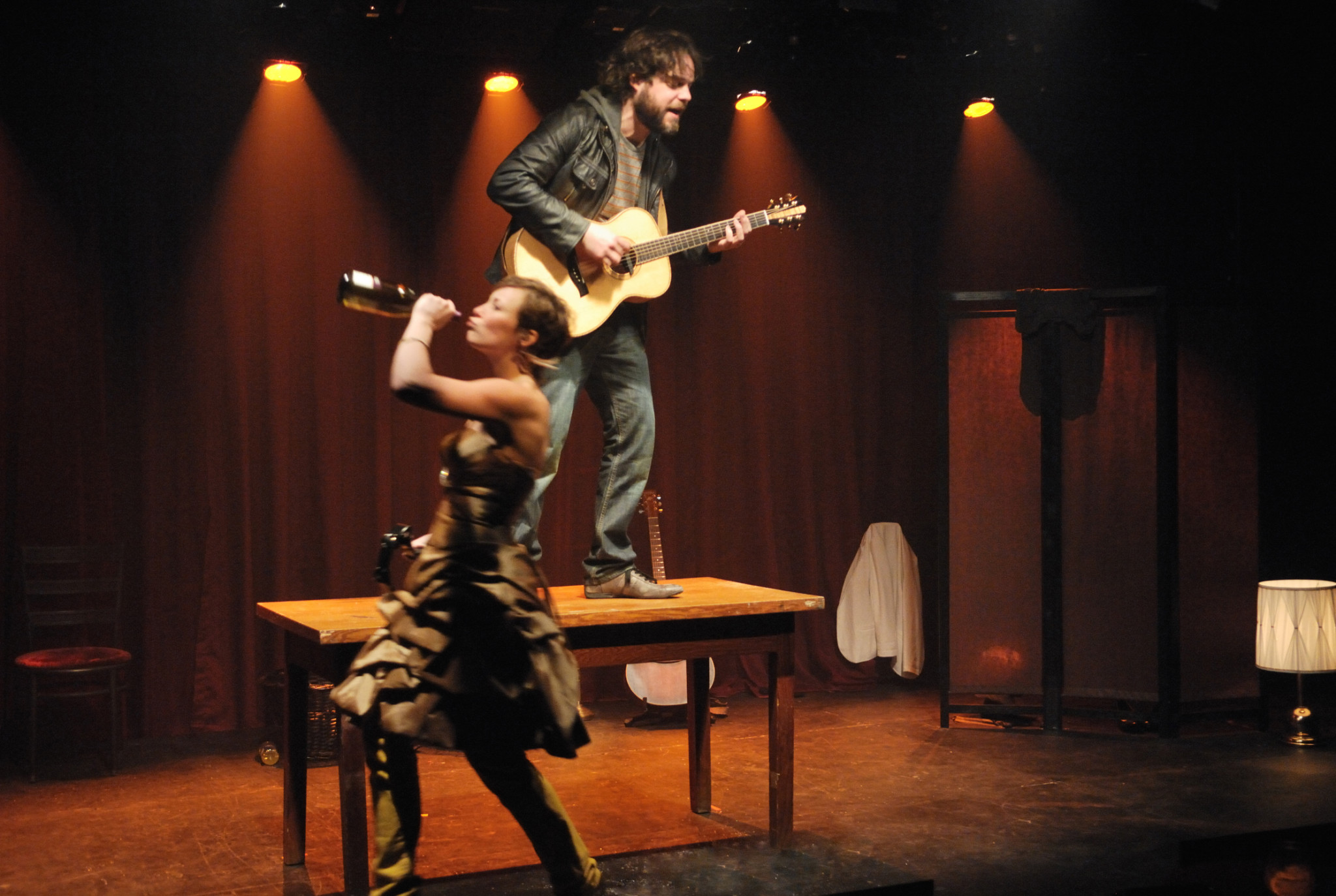 It was a good balance between humourous and serious moments – which include a reflection about age, solitude and parenthood. Midsummer is a pleasurable show that is able to evoke a cinematic sensation even thought there were only two actors – who are also singers and musicians – performing in a very simple setting.

Théâtre la Seizième, the only French language professional theatre company, was founded in 1974. Even thought the musical – produced by Théâtre de la Manufacture (from Montreal) – is in French, English subtitles are provide on Tuesdays, Thursdays and Saturdays. The show runs until May 2, 2015 at Studio 16, at 8 p.m. Tickets available online.