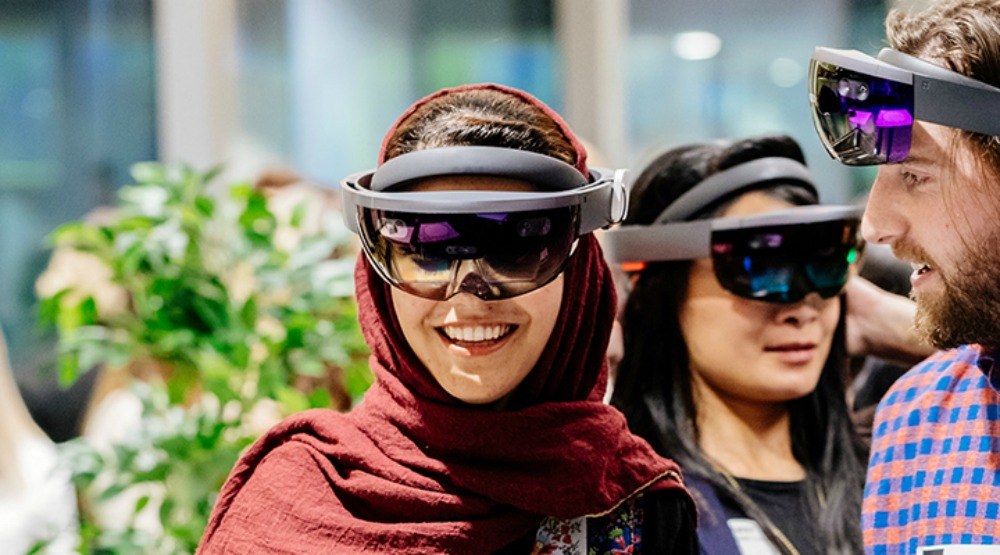 Mixed reality – it’s a thing and it’s already changing the way we live.

This statement tends to elicit a significant question: “Why should I care?” To truly understand, you should start by strapping Microsoft’s HoloLens to your head.

Mixed reality might sound a little daunting, but the concept is simple when broken down. By definition, it’s when aspects from the digital space are transferred into our world as a hologram. A hologram is created by a photographic technique that traces the light from an object so it looks three-dimensional.

And the HoloLens makes this possible.

“HoloLens is the world’s first self-contained holographic computer that you wear on your head. Really what it does is it takes the digital world, which today we experience on our phones and our computer screens as two dimensional – flat,” says Greg Sullivan, Director of Communication at Microsoft.

“HoloLens brings that two dimensional world into our home, into three dimensional space.”

HoloLens is pretty badass. And that’s because it’s already changing the way we live. If there’s anyone who truly understands this, it’s Ryan Peterson, CEO and one of the founders of Finger Food Studios.

“We’re one of the first companies in the world to actually have in production HoloLens applications solving business problems,” says Peterson. “I really compare this time to the industrial revolution. These key pieces of technology are driving productivity.”

But what kind of productivity are we talking about and how will it change our lives? Daily Hive teamed up with Microsoft to find out.

HoloLens could give you instructions on how to do a variety of different tasks. If you’re doing a home project, it could instruct you how to do so using its 3D technology. This is much different than reading off a simple instruction manual, because you can see the relevant matter in 3D. Less guessing games, more productivity.

Even the most seasoned architect has trouble envisioning a paper sketch in 3D, so HoloLens really takes architecture to the next level. You can interact with a 3D model of a building, adjusting its proportions to best match your personal needs. Allowing architects to do so gives them more confidence about the crucial decisions they’re making. 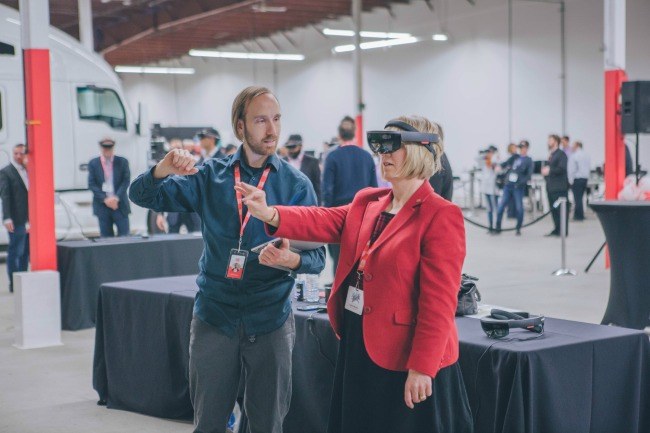 Imagine being able to run with a trainer who doesn’t actually exist. With HoloLens it may be possible to run the sea wall while receiving tips and tricks at the same time. Part of what makes HoloLens so cool is that it’s a savvy piece of technology with the ability to adapt to our lifestyles. And this is just one example.

HoloLens creates opportunities and can do so for marginalized groups. Allowing girls to explore science with the HoloLens gets them excited about it, and makes them feel like they’re a part of something. HoloLens offers an integrative way to show girls that science is accessible, and it helps them to create and pursue their own ambitions in a male dominated field they may have never considered before.

Visiting Mars requires some pretty sophisticated transportation, so doing so isn’t exactly feasible. But what if you could experience it without actually going there? Cue HoloLens. By wearing it, scientists have been able to use programming so they can explore a virtual 3D Mars – from the comfort of their own learning space. This could have huge implications for space research in the future, allowing us to study and research other planets in a way like never before.

HoloLens allows for medical students to learn how to operate in a three dimensional setting that mimics their curriculum. As an example, they can see the anatomy of the body in a realistic 3D version – like the tissues of a muscle up close. You can even make a human body transparent so you can see its skeleton – and that’s just one tiny detail. Surprisingly, HoloLens can help you see anatomical features with more detail than you might in real life – like a heart’s valve, as one example. 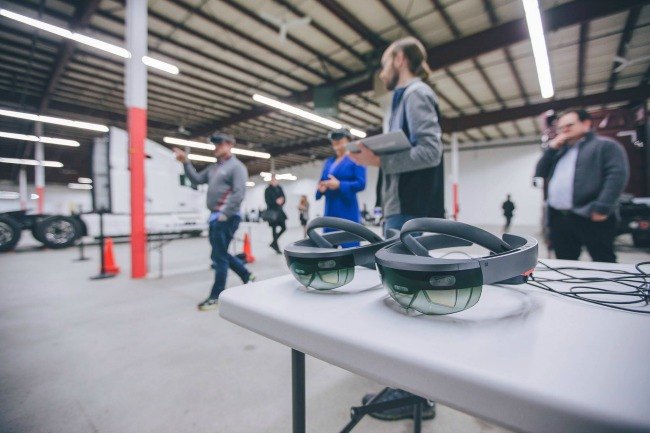 Stay in the know about Microsoft Vancouver including HoloLens via Facebook, Twitter, and Instagram. You can find a career at Microsoft that fits your background online.