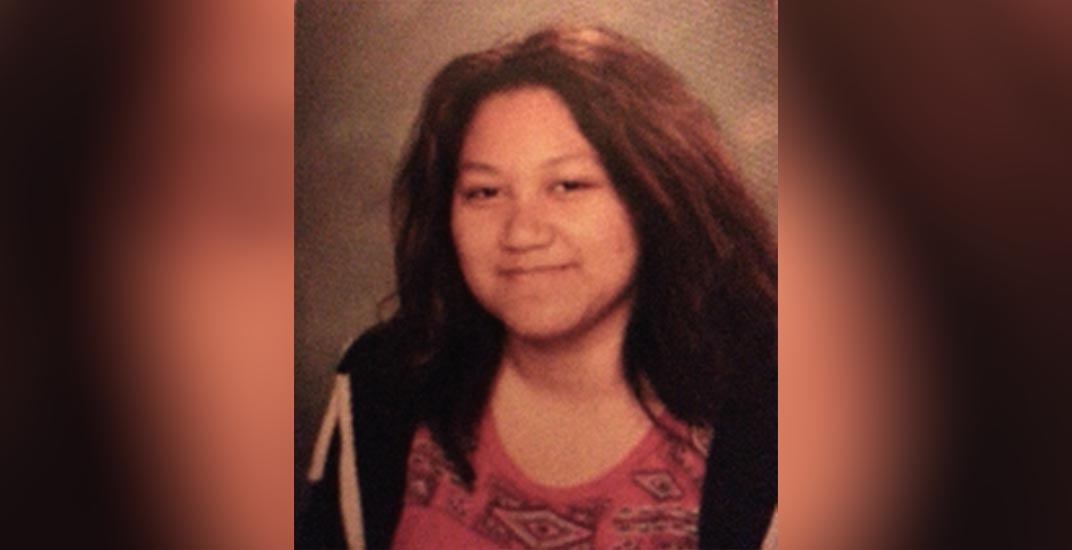 UPDATE at 11:20 am on Friday, November 3: Michaela Avelino has been located safe and sound. She has been reunited with her family.

A plea for the public’s help in locating Michaela Avelino has been issued by the Vancouver Police Department.

According to a release issued shortly before 11 pm, the 19-year-old female was last seen early this evening in South Vancouver. She left her home near Victoria Drive and East 46th Avenue at 6 pm and has yet to return.

Her disappearance is a cause for deep concern as due to a medical condition, her behaviour may present closer to seven years of age. Her absence has been deemed out of character and her family is worried for her well-being.

Avelino is described as Caucasian, 5’0″ tall, with a medium build and shoulder-length black hair. She was last seen wearing a navy blue jacket over a black hoody with white drawstrings, black leggings, and black sneakers.

Anyone who sees her is asked to call 9-1-1 immediately and remain with her until first responders are able to arrive.