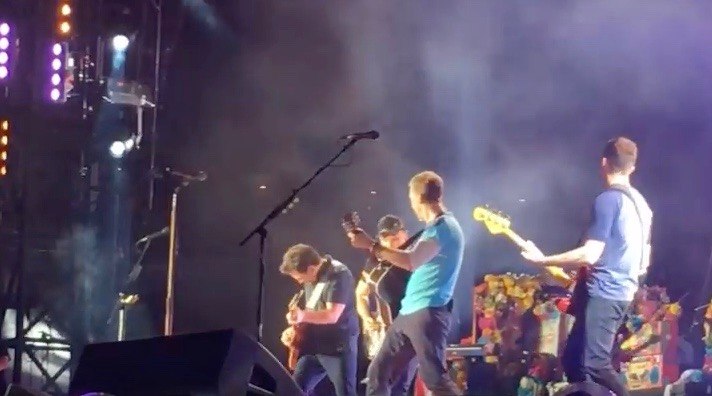 If you grew up in the ’80s this is going to make you feel Johnny B. Goode.

The iconic scene of Michael J. Fox letting loose on his Gibson ES-345 (which didn’t actually exist in 1955) at the Under the Sea dance was as important to our childhood understanding of music and performance as Justin Bieber is right now to an 11-year-old. Except, you know, good.

So when Fox took the stage last night in New Jersey to let out his inner Marty McFly alongside Coldplay, it was truly something special.

This isn’t the first time Fox and Coldplay lead singer Chris Martin have joined up though, back in 2013, Martin joined Fox at the annual gala for the Michael J. Fox Foundation for Parkinson’s Research to have a go at Johnny B. Goode.

Last night, Fox joined Coldplay on stage for renditions of both Earth Angel and Johnny B. Goode. In both cases he let Martin handle the vocals while Fox himself simply riffed away in ‘B’ and watched for the changes. At the end of the performance Martin called it “a dream come true.”

Watch for yourself and head back to the future one more time: