Victoria Police have received the DNA results and can confirm that the man is not Michael Dunahee. Officers remain committed to the investigation and will continue to investigate the disappearance of Michael.

It has been 22 years since Michael Dunahee vanished from the school playground at Blanshard Elementary School in Victoria, B.C. on March 24, 1991. He was only 4 years old, and the case is still unsolved to this day.

In recent weeks, an online forum user that goes by the name “Canuckels” thought there was a possibility that he may be Michael Dunahee. He claims he was contacted by the Victoria Police Department and is now awaiting the results of a time intensive DNA test for a possible match.

Const. Mike Russell said, in a phone interview, police do not believe the man pictured above is Michael Dunahee. However, like every tip they receive, it will undergo a full investigation. They receive hundreds of tips each time they circulate Dunahee’s photo and will conduct a DNA analysis to rule the man out.

They have also posted the following on their Facebook Page:

Victoria, BC – VicPD detectives are travelling to the mainland to collected consent DNA from a male who was been identified, through a tip, as possibly being Michael Dunahee. Despite the tip and our best hopes, it is our belief that this male most likely is not Michael.

We have been in contact with the Dunahee family and are collecting the DNA as part of our commitment to them and to Michael to exhaust no leads, no matter how small, until he is found.

The man is 26 years old and is pictured on the right in the photo below (Dunahee’s biological father is on the left for contrast):

In the non-hockey section of the Vancouver Canucks Community online forums, Canuckels posted:

I was contacted by Victoria police because there has been tips that I have a remarkable resemblance to micheal dunahee, I’m freaked out right now and there coming to get a DNA sample!!!

As you might be able to imagine, this has caused quite a stir in the popular city forum. In another post, he explains in detail how he began to ponder over his true identity:

I was contacted by Victoria police at my old work, my old co workers called me and asked me what I did wrong…and obviously I didn’t belive them at first, I got a call around middle of the day from a private number and it was them, they told me the micheal dunahee story and explained that people have gave them tips or whatever, and that I resemble him, I match his age etc. so they asked me to meet with them. So I did last week, they got my blood and told me they didn’t know exactly when results are coming but will contact me when they knew.

I don’t know what to think, part of me thinks it could be but others don’t, I just want them to take my DNA and figure this out, think about this for a second, you second guess everything in a short period of time this is really tough…and with my mom passing away recently doesn’t shed any light on me

but we will see soon enough, I’m undicided

I played hockey from 7 to 21 I went to many different schools when I was young, I remember being at elementary school in grade 1 but not much before I can’t remember exactly where I was living as we moved a lot

My mother always kept me separated from my family for good reason that I don’t need discuss publicly my dad left when I was young, and here’s a truth my sister is a drug addict that I haven’t spoken too. In years and I can’t go to my moms place as of right now because there’s an investigation into my mothers death, like get a grip I never once said I am him, but I’m obviously curious if they contacted me and want a DNA test…ok.

You can read the full thread here.

This is a long shot but the individual pictured (right) bears a striking resemblance to the Missing Children’s age enhanced photo of Dunahee below (left). His age also matches the would-be age of Dunahee, who was born on May 12, 1986. For what it is worth, we hope this is not a prank. 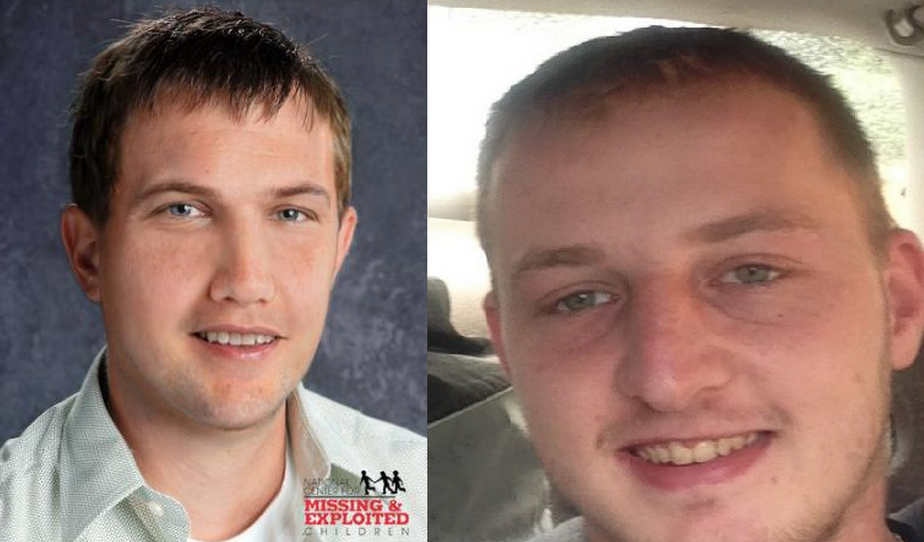 Michael Dunahee’s disappearance initiated one of the biggest child abduction investigations ever investigated in Canadian history. It was a major news story for many years in both Canada and the United States, and to date over 11,000 tips have been received on his whereabouts.

To this day, there is still hope that he is alive and well.

The Bookie: wow, what a story.

The one thing I’d question is … you say you moved a lot, was that just around Victoria or did you leave town for awhile? Because this really isn’t a huge city and given the size of the manhunt at the time, if you were still here they would had to have been homeschooling you and keeping you indoors for at least a few years.

Kudos: Wow, dude. This is crazy. Anything you can remember from your childhood that might seem a little off or suspicious in light of this new information?

Jaimito: just cooperate, no harm really. if you are him, that will be a happy ending.

debluvscanucks: This better not be a prank.

Honestly, this case hit my Mom and I hard…my son was the same age at the time. My Mom always kept her eye open for Michael…said no Mother should have to go through this.

Wow, this is intense. Not sure I believe you, but if this is the truth that you’re telling, my God. I’d be so terribly thrilled to find out that this had a happy ending.

You know, it would be overwhelming to think the life you knew wasn’t somehow… but, with that, to reconnect with people who loved you so much? Very strange, but one can never have enough love/family.

Total support if this is the real deal. I’d be freaked out too…just living your life and then BAM! But I think it’s only fair to the family who’s never given up to sort it out. They certainly didn’t bargain for any of this (either). I mean, a mother lost her son….that’s not something you’d ever get over.

I don’t know, I’m starting to really believe you are MD and, as others have said, am here in support of you if you need anonymous “friends” to vent it out with. Sometimes it’s easier that way. We’re a pretty good group here, despite all our flaws. So, either way, hang in there and take it one day at a time….

Crom!: When my father realized that my little sis was missing from the group he ran around the mall searching for her. He found them holding her hand walking out of the exits and screamed something like “HEY!”, and they instantly dropped her hands and ran to their car while he chased them. Unfortunately they were never caught.

Canuckel, if you are Michael, just knowing that you are alive will mean the world to the family and will inspire hope to all the families who have missing loved ones.

gmen81: I believe that he is telling the truth. Why would someone just randomly make up something on here saying he might be Dunahee? Chances are he probably isn’t him, but I kind of hope he is.

Jester13: This story is getting weirder and weirder tho. If what this guy is saying is true, then I think there is a pretty good chance he might turn out to be MD. A family history of drug addicts and broken families, moving around a lot, no memory before the age of 5, all hints towards abduction.

If it is you MD, find the silver lining in all of this if the tests come back positive. Aside from some people here on CDC, there are many of us who will gladly offer up our support to you. Do you know where you lived when you were young, where you moved to and from? THings of this nature?

Laughing face: Whatever happens here, please promise me that you’ll change your username to ‘Michael Dunahee’ regardless.

nucklehead: canuckels has been a member for 5 years in which time he has a total of 123 posts. Or an average of 2 posts per month. Most of which were in canucks or hockey talk from what I can ascertain from the limited information available in profiles(hey mods why can’t we get more comprehensive reports about other users histories?) He is no attention whore, especially compared to others that could fit the description around here. I can’t imagine he woke up one morning thinking, “Hey I’m bored, you know what would be a funny stunt…”

EX_Bert_Worshipper: The Michael Dunahee case has always moved me. Was so strange that he simple disappeared without a trace. Can’t imagine what the family must go through, even to this day – to never know what happened to your child…Wow.

Gross-Misconduct: Wow. Just got caught up in this thread and not sure what to think. My immediate gut instinct was this is a troll job. As I read on I started thinking that maybe this guy’s sincere. I keep going back and forth.

Did anyone that believes the OP confirm that pic is him? It could be anyone’s pic. Comparing the pic with Micheal convinced me that it’s not the same person anyways.

74Hunter74: I have read this whole thread. I remember the MD kidnapping and seeing it on the news. It would be great for the family of this guy was him, but he just said he was going to Vegas, which requires a passport, which requires a birth certificate to get. And somehow I don’t think very good looking forged ones are easy to come by. So unless the people/person who took him had a child that maybe passed on and they took MD to fill the void and turn him into their son (Already having child documents). Chances are all the proper documents he would have shown that are required to get things like a passport would have been flagged.

Cyril Sneer: Ok, lets assume this man is speaking the truth and this is really happening to him right now.

Put yourself in his shoes, his mom just died, his world has been turned upside down, there are so many unknowns racing through his head right now.
Where would you go?
Who would you talk too?
You going to put your friends and family through all this too when it could turn out to be nothing?