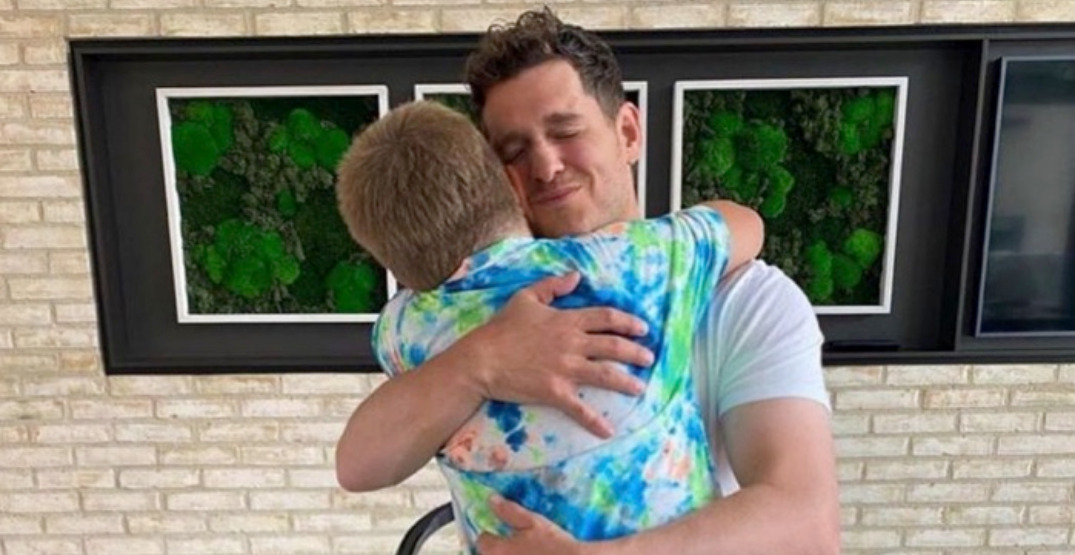 Michael Bublé‘s son Noah, who was diagnosed with liver cancer in November of 2016, at the age of three, is happily celebrating his eighth birthday today.

Bublé, a world-renowned musical artist from Burnaby, BC, known for his dulcet tones and Frank Sinatra-esque singing style, took to Instagram to share an emotional post about his son.

Bublé publicly announced that he was putting his career on hold at the time of the diagnosis, including pulling himself out of the Brit Awards, to help Noah through the difficult journey of fighting cancer.

In 2016, Bublé‘s wife, Luisana Lopilato, took to Instagram to share a positive update about Noah, saying that he was recovering well during treatment.

A little while after that, he went into remission.

The Juno Award-winning Canadian icon is getting ready to embark on a major world tour, with dates from September until November.