Crooner Michael Bublé’s passion for saving shelter dogs has led him back to his hometown.

The Burnaby native visited a Vancouver PetSmart Thursday with his wife Luisana Lopilato with a noble goal: delivering treats to dogs in need over the holidays.

The pair presented the BC SPCA with a month’s worth of DOG for DOG treats as part of their partnership with the food company, which operates on a “pay it forward” model.

For every bag of food, treats or product sold by DOG for DOG, another is donated to an animal shelter or charity in North America. Here in Vancouver, the donation goes to the SPCA. 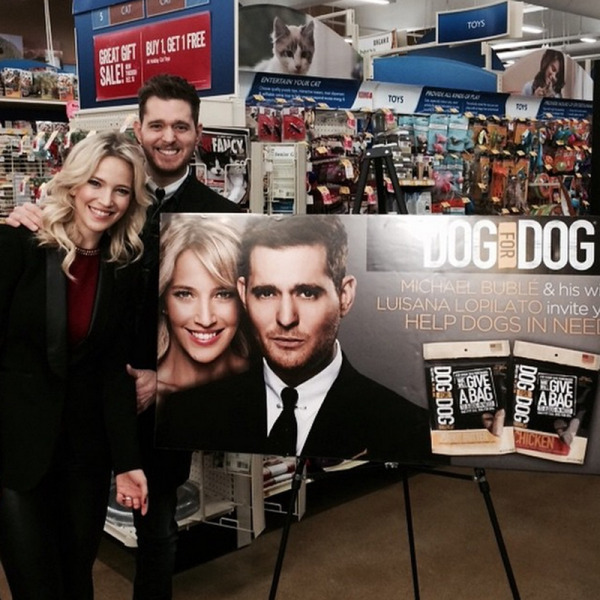 The one-for-one concept is something Bublé strongly believes in. He signed on as a co-owner in the California holistic-based pet company after learning about it from one of his best friends, Relativity Media CEO Ryan Kavanaugh.

The man dubbed “The Billion Dollar Producer,” who runs the Hollywood firm behind films like ‘The Fighter’ and ‘Talladega Nights,’ had just bought into the company with a goal of making a quality product that would also help thousands of impoverished animal shelters across the U.S.

“He said millions of dogs are euthanized each year and the reason is because pounds can’t afford to feed them,” Bublé told reporters. 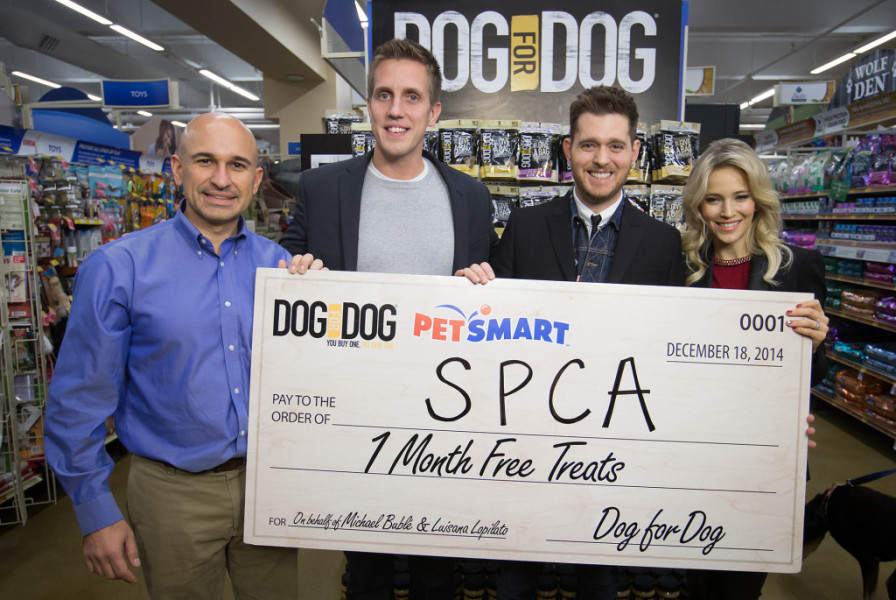 The singer also cites his wife as an inspiration in joining the company. Bublé says that one of the reasons he fell in love with Lopilato is her compassion for animals: She’s saved more than three thousand dogs in her native Argentina.

“My wife has opened up my eyes to that world, and made me want to be an even bigger part of it.”

The crooner isn’t the only Hollywood heavyweight who’s drank the Kool-Aid and bought into the concept of DOG for DOG. Avid dog lovers Snoop Dogg and comedian Chelsea Handler have also recently invested in the firm.

You can buy DOG for DOG products at PetSmart, and online. 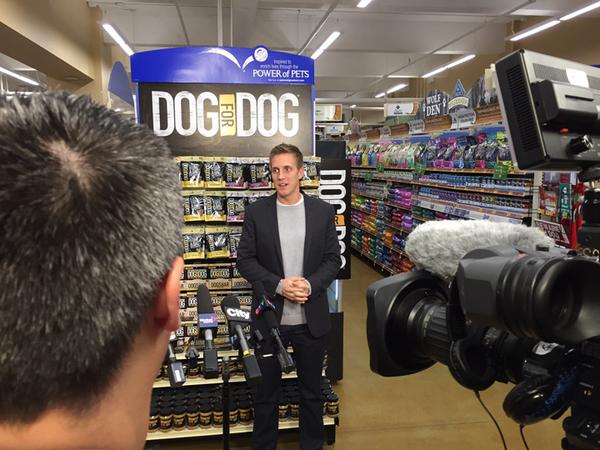 Founder Rocky Kanaka speaks to reporters at the PetSmart event.