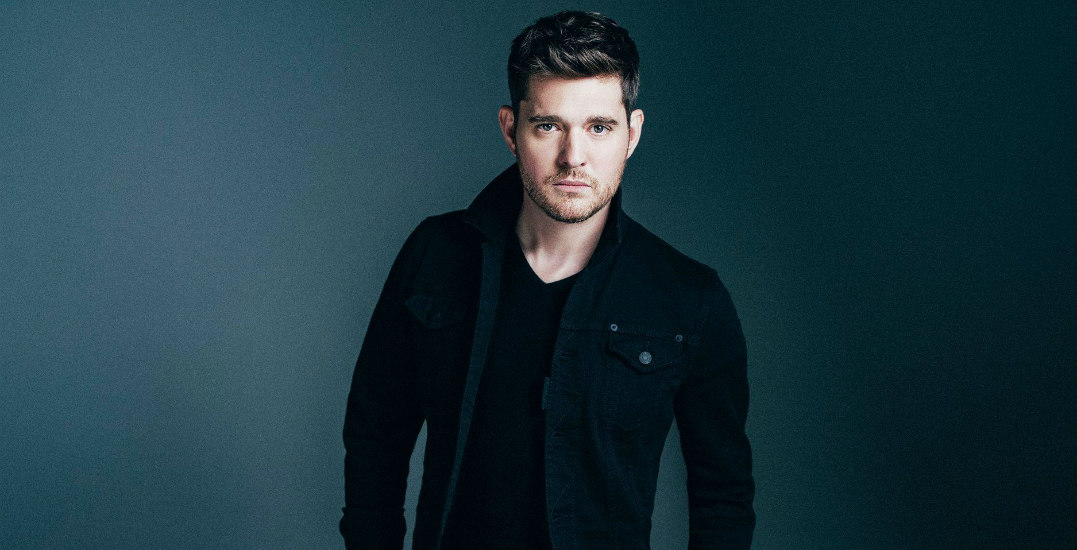 Vancouver-born Grammy Award-Winner Michael Bublé is once again returning to his hometown.

Announcing a 11-city tour across Canada, the tour will kick off in Vancouver on Friday, April 12th 2018, before stopping by cities including Toronto and Montreal before wrapping in Quebec City on Saturday, August 3rd 2018.

In August, Bublé returned to the stage after a lengthy absence for shows in Dublin, London and Sydney where he performed for over 150,000 fans. He has already completed five sold out world tours, won four Grammy Awards and sold over 60 million records over the course of his extraordinary career.

With every full-priced ticket purchased for the tour, you will also receive a standard CD or digital copy of Bublé’s highly anticipated 8th studio album, love.

However, if you want the chance to see Michael Bublé (for free) next year, simply enter the contest below.

To enter for your chance to win two tickets to see Michael Bublé live at Rogers Arena in Vancouver on April 12, 2019, do at least one of the following:

Contest entries will be accepted from the time and date of publishing until 11:59 pm on December 6, 2018. One winner will be chosen at random and contacted through the platform they used to enter.