Canada’s most famous crooner is lending his voice to a “pay it forward” project that helps animals in need.

Michael Bublé and his wife, Luisana Lopilato, are fronting a week-long Buy One, Give One initiative at PetSmart locations across Canada. 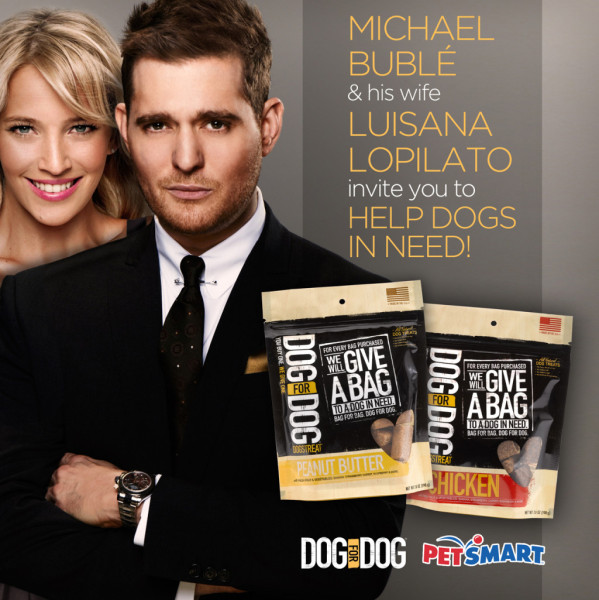 Until November 30, for every Dog for Dog bag of treats or food purchased, another item is donated to a local rescue group or shelter.

There’s also something in it for you: You’ll also get a second bag of pet products free as a thank you for supporting the program.

“We are passionate about helping dogs in need which is why we’ve invested in DOG for DOG,” Bublé explained.

Bublé and his sweetie aren’t the only celebs to back the dog charity.  Snoop Dogg, comedian Chelsea Handler and NBA superstar Amar’e Stoudemire have also partnered in the company. 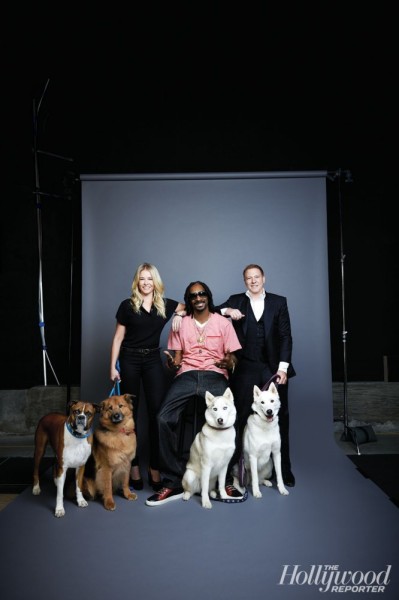 The heavy-hitter partners at DOG for DOG (Hollywood Reporter photo)

Snoop, who owns 11 — yes. 11 — dogs, is such a believer in the cause that he teamed up with Handler to produce a hilarious promo video last summer that shows the duo getting high and then, ultimately, sampling the gourmet canine treats.

“It’s a great cause see because what people don’t understand is that a lot of these shelters, they execute these dogs not because they don’t have a place or someone that wants to adopt them, it’s more about they don’t have food to feed them,” Snoop explains in the video.

Last year DOG for DOG donated 52,000 pounds of its all-natural food and treats to shelters and animal organizations.

The DOG for DOG mission — quite a noble one.