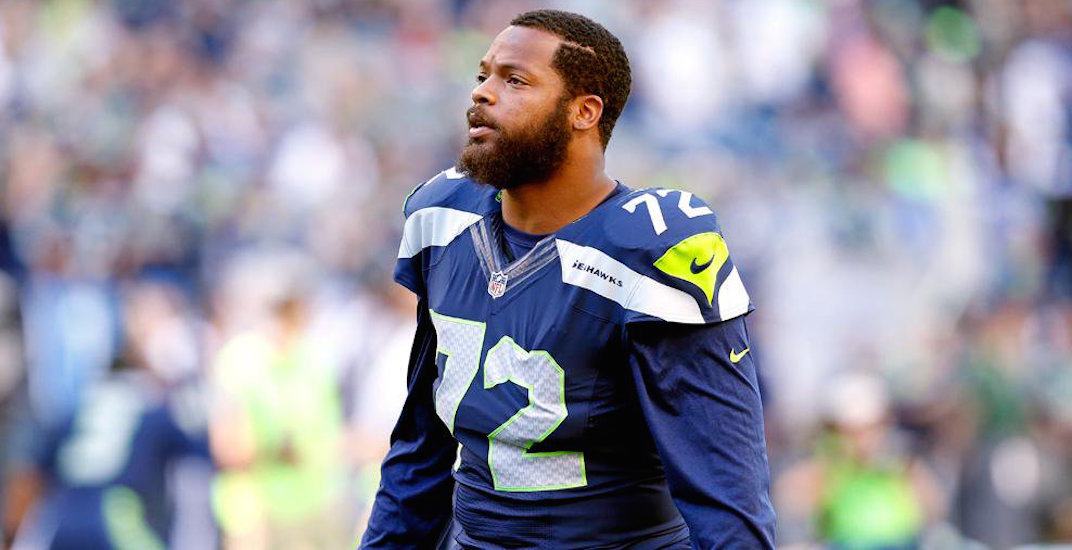 This has to happen.

Donald Trump created a firestorm after his comments that NFL players should be fired for protesting during the national anthem on Friday. The result for games on Sunday and Monday was protests by players, coaches, and owners in larger numbers than we’ve ever seen.

The President of the United States doesn’t get it, so perhaps he should talk to someone who could talk some sense into him.

There’s not many people more qualified to do so than Seattle Seahawks defensive end Michael Bennett. The 6-foot-4, 274-pound NFL player is intelligent and articulate, and has certainly has a reason to protest.

Bennett had guns pulled on him for no reason by police after the Floyd Mayweather-Conor McGregor boxing match in Las Vegas last month. Bennett said he was detained “for doing nothing more than simply being a black man in the wrong place at the wrong time.”

“It sucks that in the country that we live in now, sometimes you get profiled for the colour of your skin,” Bennett said in a news conference earlier this month. “It’s a tough situation for me. Do I think every police officer is bad? No, I don’t believe that. Do I believe there’s some people out there that judge people on the colour of their skin? I do believe that.”

Bennett was interviewed by CNN’s Anderson Cooper on Monday, where he calmly offered to meet with Trump.

“I can’t sit here and say that he’s not my president, he’s not that, because at the end of the day he is the President of the United States. For him to say it’s a privilege and we shouldn’t speak on what we believe in because we’re making money, I mean he was a rich man too, and all of a sudden he’s speaking on what he believes in, and he still stood up for what he believes in and he’s the President of the United States. So what makes him different from us?”

Seattle Seahawks’ @mosesbread72: “I would love to sit down with the President and talk about these issues” https://t.co/pDHakW9V61