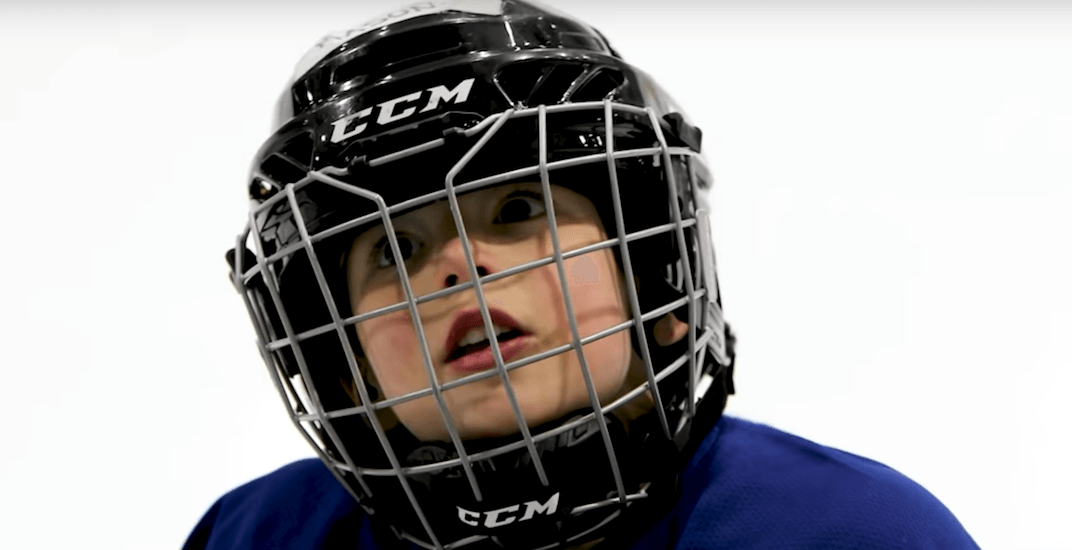 Jeremy Rupke, an Ontario-based hockey coach who runs a popular hockey website and YouTube channel, decided to mic up his four-year-old son Mason to figure out what he’s thinking on the ice.

“I mic’d up my four-year-old at Timbits Hockey so I could finally understand what the heck he was doing out there,” Rupke said on Twitter. “It was…. Interesting.”

You can say that again. The results were hilarious.

The cute kid wanders around the ice, narrating the whole way. He counts his strides: “one, two, one two.” He wishes someone “happy Halloween” even though it’s nowhere near October 31. Later on, he suggests taking a nap during one of the drills.

"I'm gunna take a nap" 😁
This is from October when Mason started hockey. I'm so proud of how far he's come, even if he is calling invisible people "old paint cans" 😁 pic.twitter.com/G9mkg5YFxy

And of course, he’s looking forward to going to “Badonald’s” after practice.

The video posted Friday has been retweeted by Bob McKenzie and written about in the Washington Post. The YouTube video has been viewed over three million times (and counting).