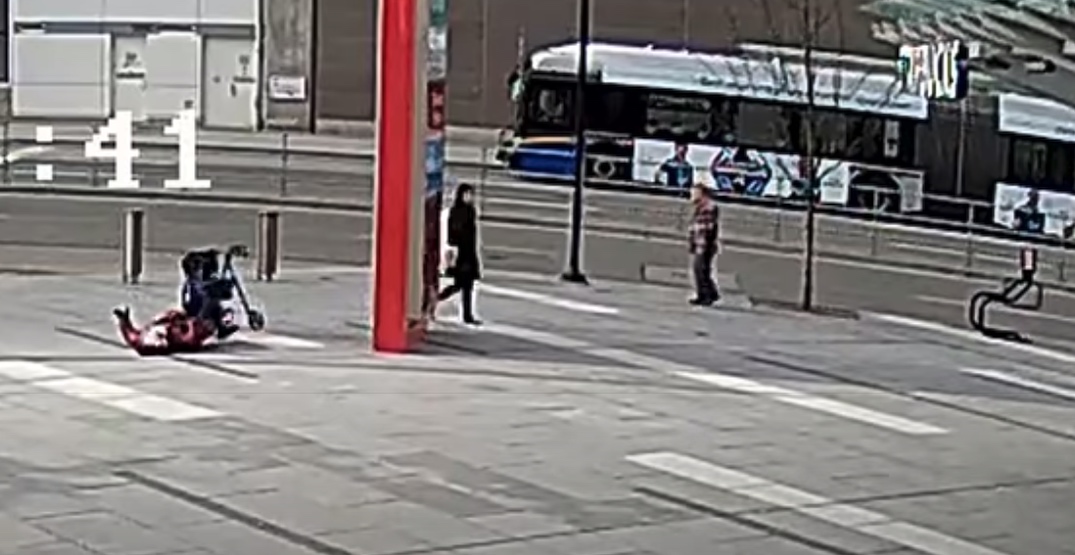 Police in Burnaby are seeking the public’s assistance in identifying an individual who assaulted an 84-year-old woman.

According to a release today from Burnaby RCMP, the April 3 incident occurred on Central Boulevard near SkyTrain’s Metrotown Station, with surveillance video footage capturing the entirety of the incident.

The suspect approached an elderly Asian woman, intentionally tripped her, and then quickly walked away. Fortunately, the senior was not seriously injured, but she was shaken.

The suspect’s face is not clear in the video, but police describe the individual as female and “possibly Asian,” with dark brown hair. At the time of the incident, she was wearing a face mask, black tights, a long dark puffy jacket, and light shoes, and carrying a beige purse. 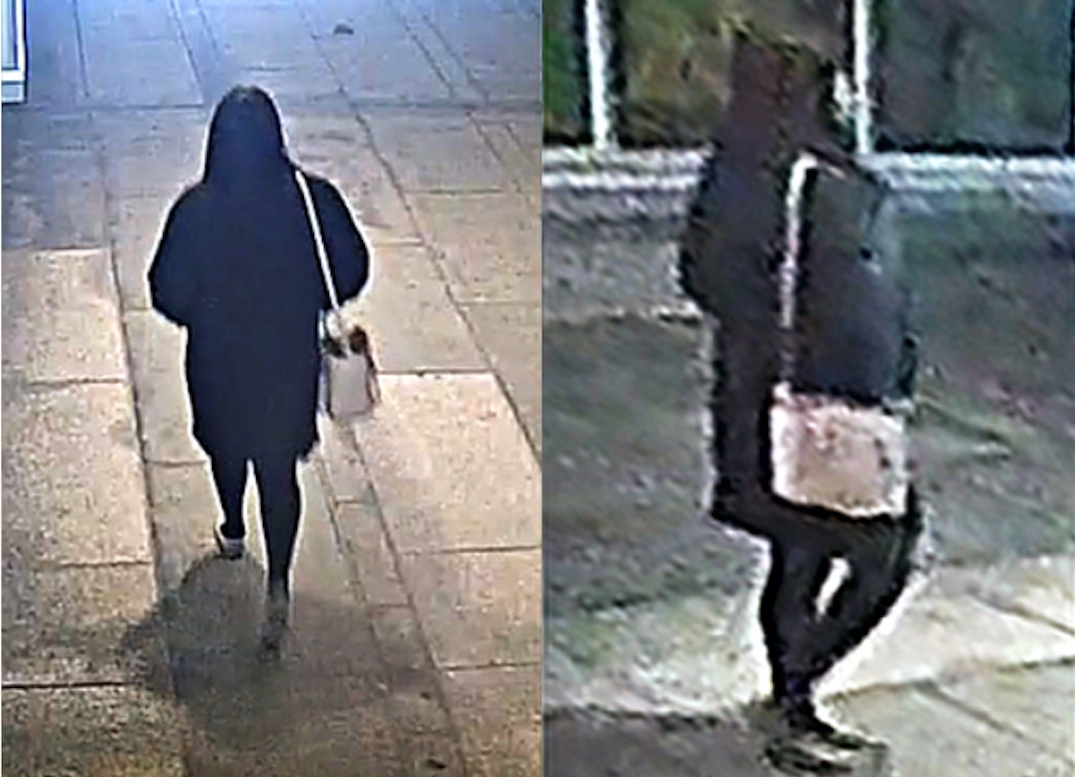 Police state they do not have any information at this time to suggest that the victim was targeted based on her ethnicity, but they are continuing their investigation and are aware that in recent weeks there has been a spike in reported incidents that target the local Asian community.

Within Burnaby, police say they have responded to calls from victims who were subjected to racial slurs, and businesses that had racist graffiti sprayed in and around their property.

Police have increased their foot and bicycle patrols in crime hotspots across the city in recent weeks, and are asking for continued vigilance in reporting any crimes targeting members of the Asian community.

There is no place for crimes of this nature in our City, said Chief Superintendent Deanne Burleigh, Officer-in-Charge at Burnaby RCMP, in a statement. We want every resident of Burnaby to know that our officers are diligently investigating every complaint being made to us.