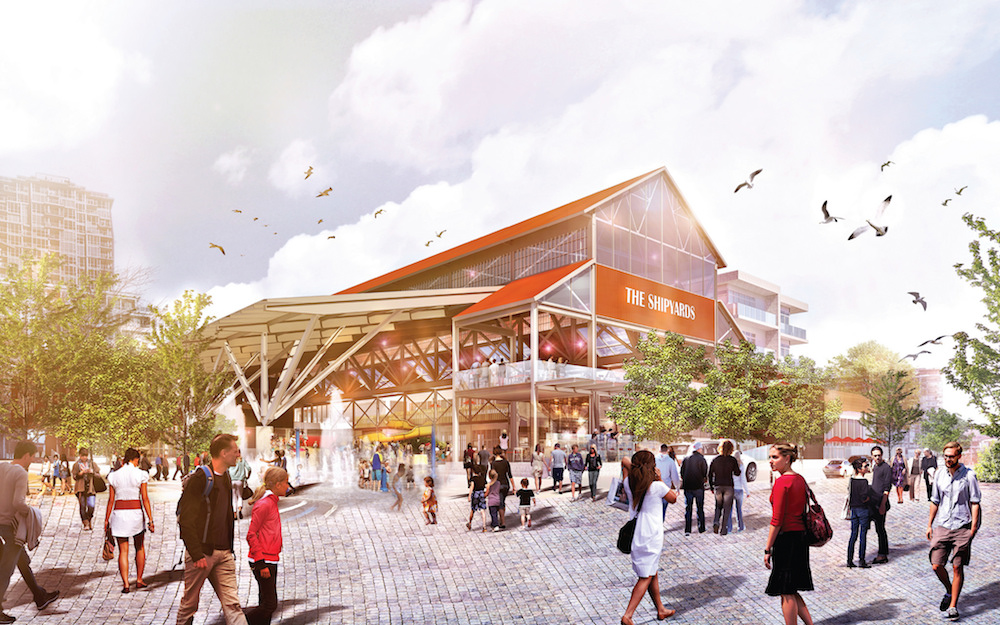 North Vancouver’s Lonsdale waterfront will soon be a step closer to mirroring the public spaces found on the opposite shore in downtown Vancouver.

Plans have been announced to build the Metro Vancouver region’s largest outdoor ice rink as part of a multi-million dollar project that will revitalize the Lonsdale waterfront and provide North Vancouver with public amenities and event spaces.

The skating rink will be built on a vacant greenfield site immediately east of the Shipyards buildings. This wintertime ice surface, with a looped skating trail that will complement the open skating area, will be covered by a new structure with a design that mimics the historic character of the adjacent buildings.

During the summer months, the ice surface will be used as a much-needed covered plaza space for events, such as concerts and festivals, and a portion of the structure’s westside will be converted into a water play area with pools and sprayers. The roof over the water play area will be retractable.

Other spaces on the site will be purposed for restaurants, retail, and a hotel, which will require rezoning.

Quay Property Management Corporation has been contracted by the City to build and fund the $35 million project. It will also lease the land from the municipal government, which will provide $5 million for the soil remediation of the post-industrial development site.

“This is a turning point for our City,” North Vancouver Mayor Darrell Mussatto told Vancity Buzz. “The development plans for The Shipyards exceed our expectations. This is exactly what people have been asking for.”

“As promised, The Shipyards will be a people place, a gathering space, vibrant with activity and amenities for young and old, residents and visitors alike. We will deliver a dynamic waterfront like no other, completing the revitalization of the City of North Vancouver Central Waterfront.”

Future additions to the waterfront area include residential development and the 19,000-square-foot Polygon Art Gallery, which began construction earlier this year and is slated for a completion next year.

But notably absent from the new master plan for the site is the waterfront ferris wheel that was initially envisioned in a 2014 proposal.

“Since then, as the design, concepts and plans evolved and were reviewed,” said Mussatto. “Staff recommended not proceeding with some items due to their complexity, costs and infrastructure upgrades, and because the overall vision will still be achieved without them. However, should features such as a ferris wheel be desired or considered suitable at a later date, they can be considered should Council wish.”

The project’s remediation work will begin this spring and construction on the new ice rink and event and commercial space is expected to be complete by 2018. 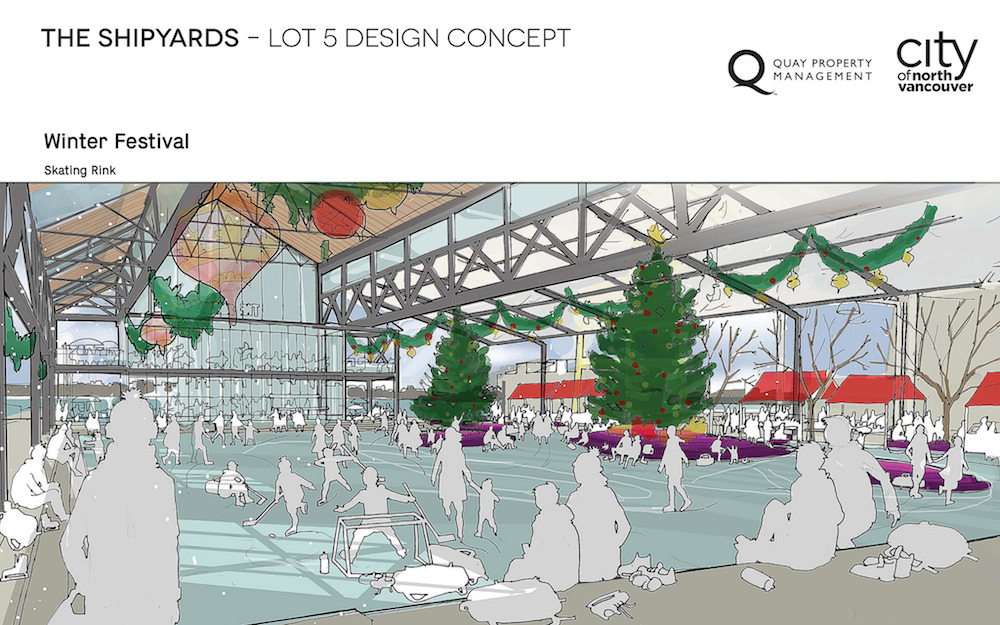 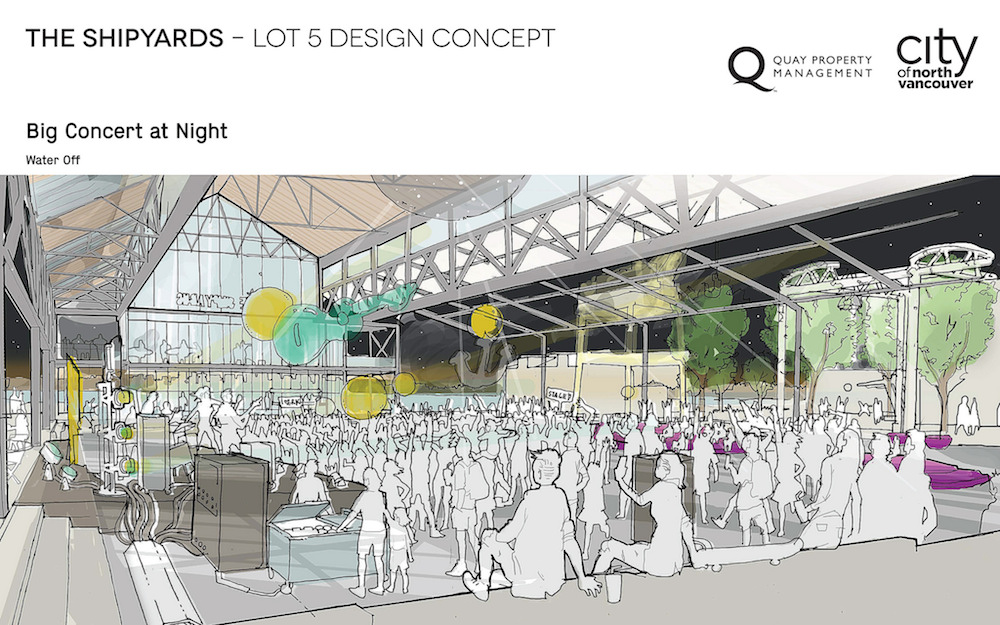 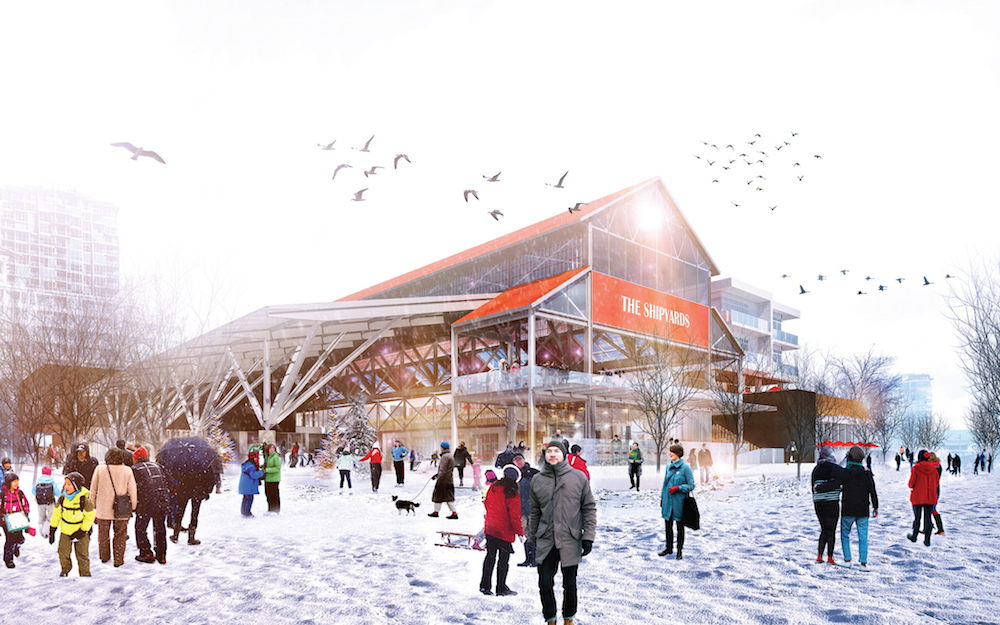 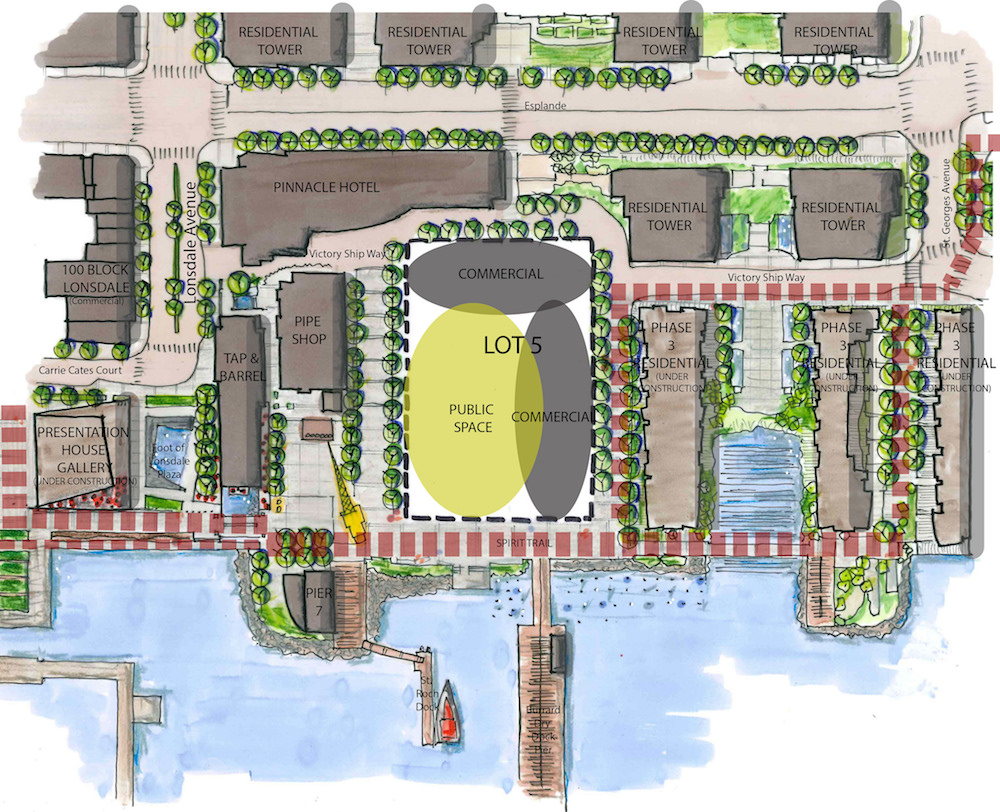