As of the beginning of July, local reservoirs that provide Metro Vancouver with its drinking water sat at only 75 per cent of capacity, just under the normal range for this period of year. However, storage has decreased significantly in the past month, where June began with levels higher than 2014 and 2013 numbers.

To match normal precipitation levels between April and September, Vancouver would need an additional 263.6mm of rain between now and the end of September. We typically only receive 123.2mm during this period. 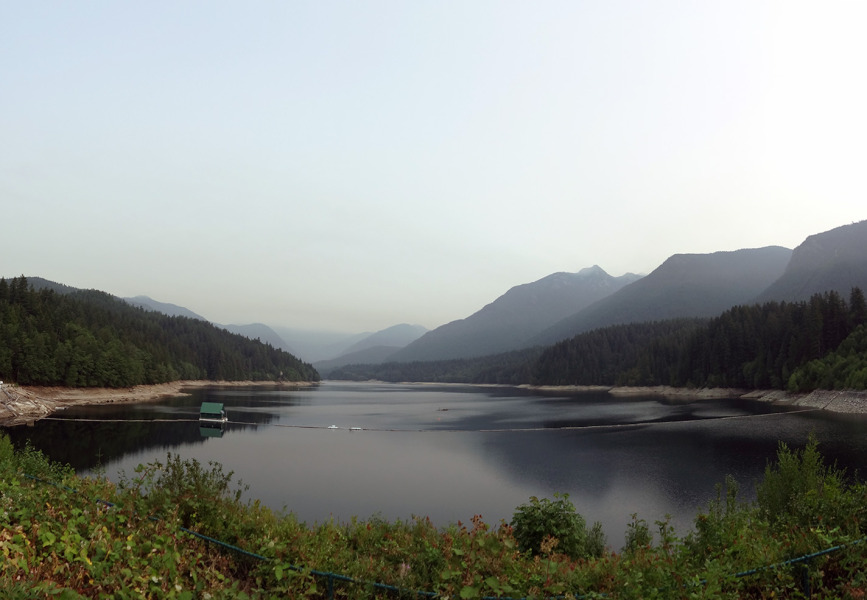 But the chance of receiving this amount of rain is slim. Predictions earlier this year suggested the region would experience a drier and hotter than normal spring, summer and fall, compounding an already dry run off season from a record-low winter snow pack. 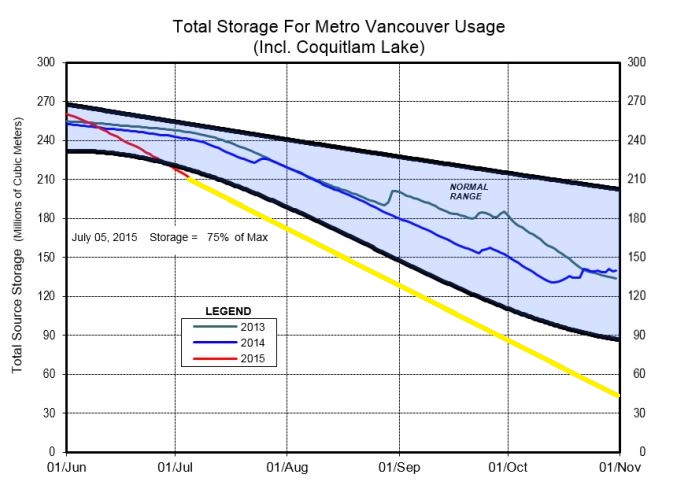 “Typically, we like to get our reservoirs 100% full by July 1, but we haven’t had any rain in May and June,” Darrell Mussatto, Chair of the Utilities Committee for Metro Vancouver told Vancity Buzz.

“People need to treat water as a precious resource. We should only use it when we really need it.”

Beyond just lawn watering restrictions, public and commercial fountains will not be allowed to operate. Just one hour of watering your lawn can equal 25 toilet flushes, five loads of laundry, and five dishwasher loads.

Despite warnings from regional governments and stage two water restrictions in effect, Metro Vancouver says water usage in the area is way up, higher than any time in 2014. Metro Vancouverites are now using 1.6 billion litres of water a day, a number that reaches almost record levels. Vancouver’s highest ever daily demand occurred on July 30, 2009 with just over two billion litres of tap water used that day.

The average amount of water consumed in July 2013 was 1.45 billion litres a day.

Environment Canada is calling for a warmer and drier than average summer and winter for B.C. due to an El Niño forming in the Pacific.

An unusually warm Pacific ocean combined with a shift in atmospheric circulation develops an El Niño weather pattern which brings warmer temperatures and lower than normal precipitation levels to much of the world. The El Niño conditions can also cause dramatic weather events around the Pacific, including droughts, floods and monsoons.