Is it a triangle, boomerang, sphere, disc, cylinder or even a bright and fast moving point of light? Is the truth out there?

Winnipeg-based Ufology Research says 14,617 sighting cases of unidentified flying objects were recorded since 1989 – starting 25 years ago when the group first began collecting data. It also states that according to polls, approximately 10 per cent of Canadians believe they have seen UFOS.

However, the report was not meant to proof the existence of UFOs and the existence of extraterrestrial life. “The present study only shows that people are reporting sightings of unusual objects, some of which have no simple explanation,” said the report.

The most sightings in any year during the study period was in 2012 when 1,981 incidents were recorded. The majority of the sightings were in British Columbia and Ontario, with the two largest major metropolitan areas in both provinces attaining the most sightings.

Most Sightings in Canada by Metropolitan Area

Most Sightings in Canada by Municipality

The most common colour of UFO sightings was white (29 per cent), followed by orange (21 per cent) and then “multicoloured” (17 per cent). Contrary to popular culture of what UFOs look like, disc-shaped objects comprise of just 5 per cent of all sightings in 2013.

The report also highlights ‘remarkable’ sighting incidents, including a pair that took place in Metro Vancouver. 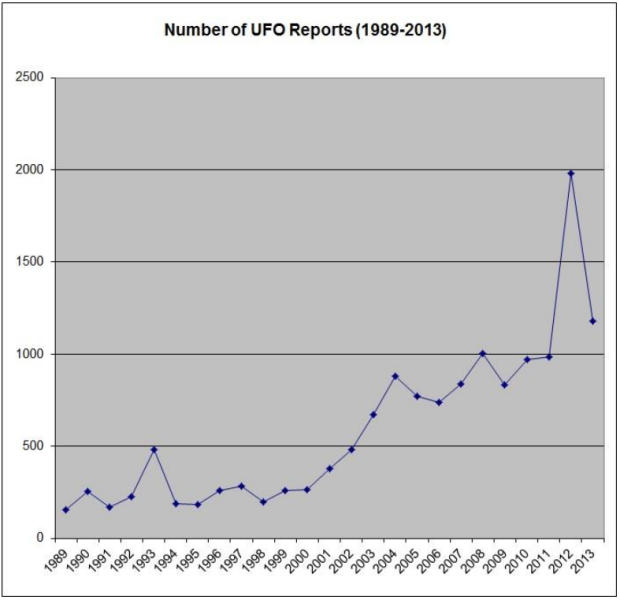 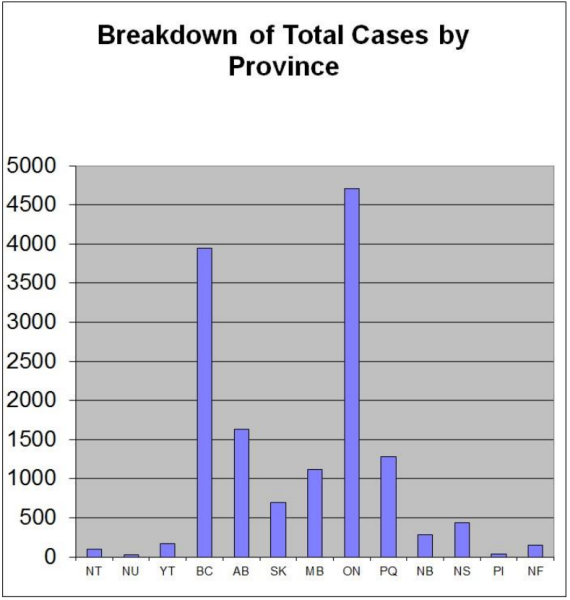