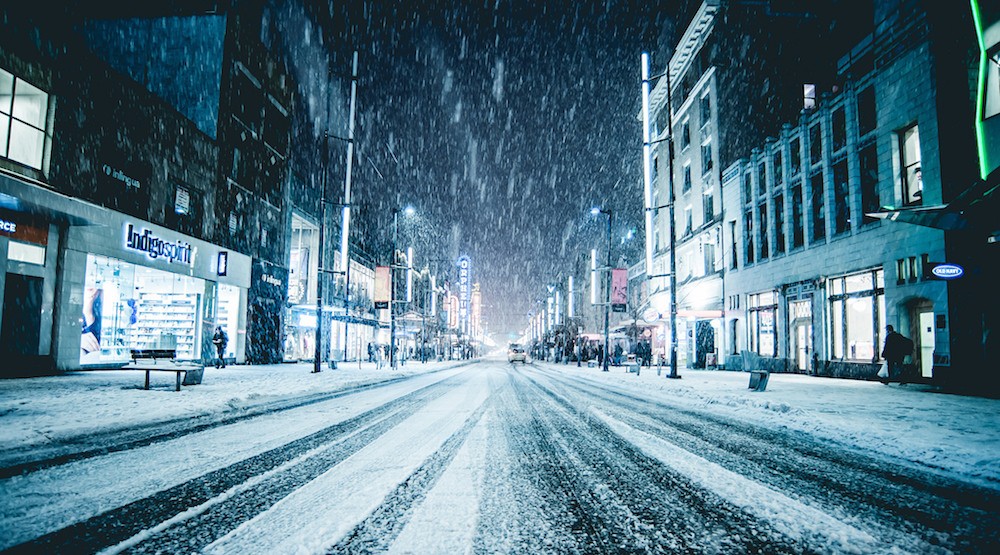 Vancouver’s weather has been a little on the weird side lately with sunny spells followed by snow flurries, before rain washes the white stuff away.

With that in mind it will probably come as no surprise to you that today’s sunny start to Monday morning is something of a meteorological red herring, with Environment Canada warning of more snowfall set for the region on Monday night.

“More snow expected for the south coast tonight and Tuesday,” Environment Canada warns seemingly ignoring the fact that it’s and we should be thinking about rolling out our spring wardrobe not our snow shovels.

“Isolated flurries and showers along with some sunny breaks are expected today. But by tonight, a more organized band of precipitation will move through the region. This band will likely give local snowfall accumulations of 2 to 4 cm.”

Apparently an unstable band of air originating from the Gulf of Alaska is to blame for the latest bout of wintery weather, and it likes it so much here in Vancouver that it plans to stick around for a little while yet.

In fact the snowfall looks set to continue throughout Tuesday when another 2 to 5 cm is expected to fall.