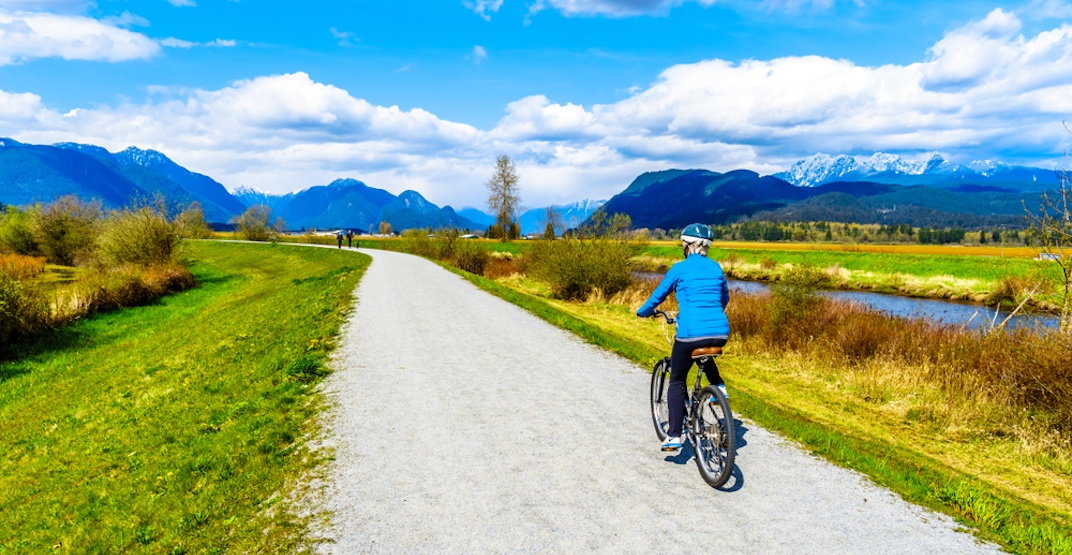 Biking along the Alouette River on the dyke surrounding Pitt Polder in Maple Ridge. (Shutterstock)

According to a report for a committee meeting earlier this week, the property tax requisition beginning in 2020 would amount to $4.00 annually per household to raise an additional $4 million per year for this particular land acquisition program.

Another increase in 2021 of $4.50 annually per household would increase this revenue source by $4.5 million.

Combined with the existing $7.57 million annual budget for land acquisition for parks, over $16 million annually would be made available for the regional district’s program.

But a more ambitious revenue and tax target has now been set to accelerate the acquisition plan even further than regional district staff had envisioned, with an aim to raise the annual tax requisition annually by $4.00 over five years from 2020 to 2024.

By 2024, regional households will be $20.00 annually in additional property taxes, raising the program’s budget to nearly $28 million per year.

“The committee felt there was a need to further advance park development and acquisition beyond the staff recommendation,” regional district spokesperson Greg Valou told Daily Hive in an email.

The regional district has a 30-year plan to acquire nearly 3,200 acres of land — equivalent to the combined land area of three Stanley Parks put together — for new parks and green spaces. It is estimated, based on assessed values, that $482 million would be required for these purchases by 2050 in 2019 dollars.

“In the absence of specific real estate valuation appraisals for individual parcels, one of the only standardized key indicators of price for future acquisition is assessed value,” reads the report.

If funding for the program is unchanged and the existing $7.57 million annual funding — approved in 2017 — for land acquisition remains, regional district staff estimate it would take about 64 years from today to acquire all of the properties of interest. That would be the year 2083.

The regional district’s board of directors will consider the committee’s tax requisition request in a meeting next month.