Metro Vancouver residential real estate sales dropped significantly in February 2017, according to the latest figures released by the Real Estate Board of Greater Vancouver.

Interestingly, in a release, REBGV president Dan Morrison said the weather may have been a factor in the downturn in home sales.

“February home sales were well below the record-breaking activity from one year ago and in line with our long-term historical average for the month,” said Morrison. “Limited supply and snowy weather were two factors hampering this activity.”

Overall though, there are more properties on the market than this time last year; there are currently 7,594 homes for sale, up 4% compared with 7,299 last February.

Some home prices are down – slightly.

The MLS® Home Price Index composite benchmark price, representing the cost of a typical property, in Metro Vancouver is currently $906,700 – down 2.8% over the past six months.

Sales of townhomes were also down, dropping 33.1% compared to February last year, with the benchmark price now $675,500, down 0.3% over the past six months.

“While home sales are not happening at the pace we experienced last year, home seller supply is still struggling to keep up with today’s demand,” said Morrison.

“This is why we’ve seen little downward pressure on home prices, particularly in the condominium and townhome markets.” 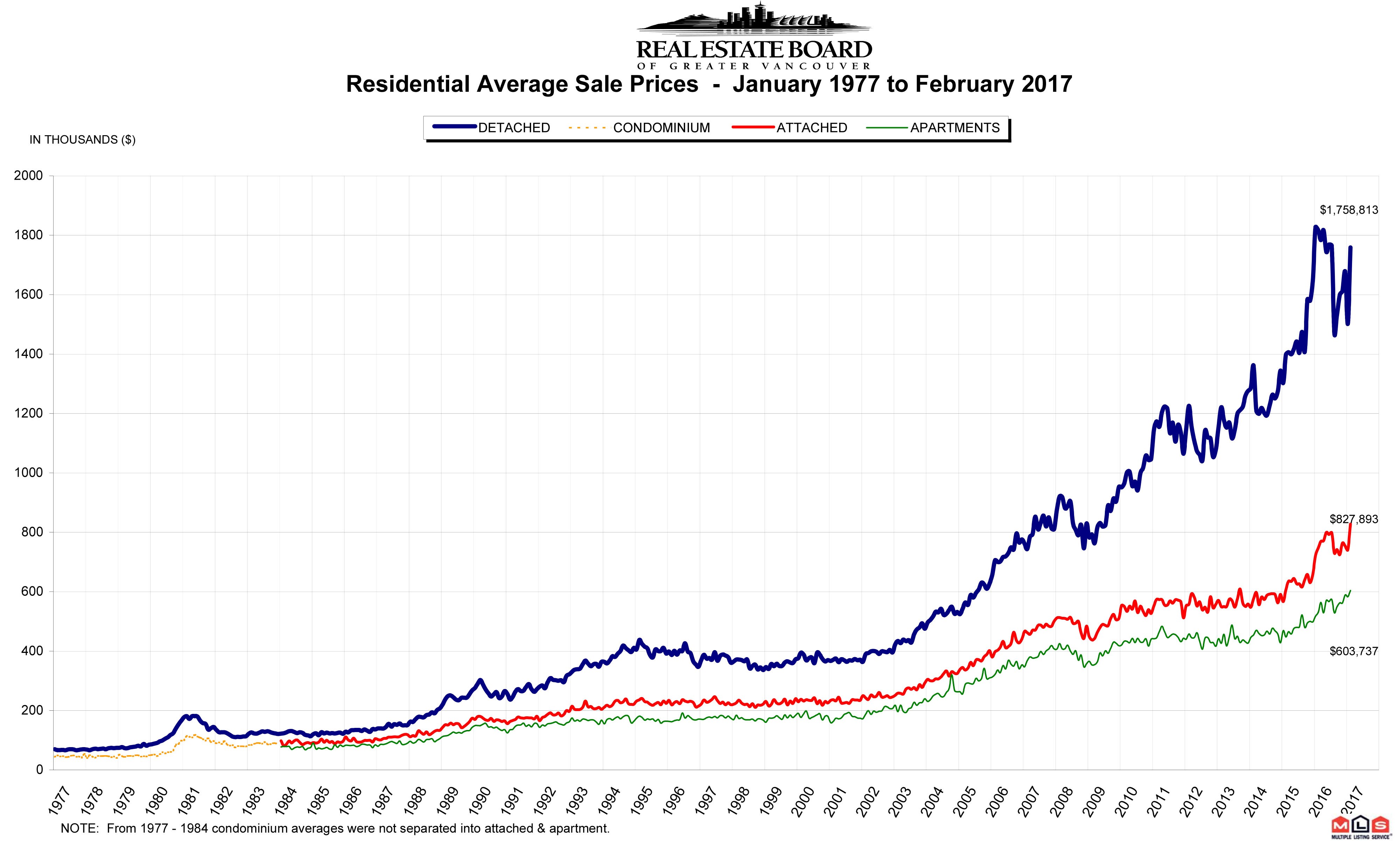