Crabbers in Metro Vancouver are being reminded by the RCMP about the fines for illegal crabbing after two adult men from Vancouver were caught illegally crab fishing.

According to a release, the RCMP encountered the two individuals at the pier at Cates Park, located at the mouth of Indian Arm, in the District of North Vancouver.

The men have had their day in court and were found guilty of several Federal Fishery Act violations, including the illegal possession of crabs, fishing without a license, fishing for crab with more than two crab traps, catching and retaining undersized Dungeness crabs, and possessing female crabs.

For their offences against policies that are designed to protect crab populations, the men have been fined $3,300.

“These fines will hopefully be a strong deterrent for anyone planning on doing any illegal crab trapping,” said Cpl. Richard De Jong of the North Vancouver RCMP in a statement. “The Fishery Act Rules and Regulations are there to protect the future supply and health of the crabs. Know the rules before you lower your trap!”

Female Dungeness and Red Rock crabs must be immediately returned to the ocean following the hauling of the crab track. Only male crabs can be caught for consumption.

Crabbers must also ensure their male crabs are not undersized. Measured from the widest parts of their shells, dungeness crabs must be at least 16.5 cm (6.5 inches) while Redrock crabs must be 11.5 cm (4.53 inches). 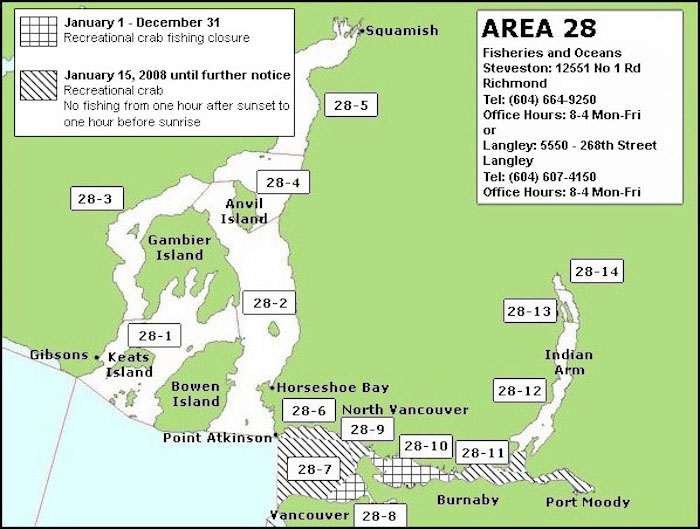